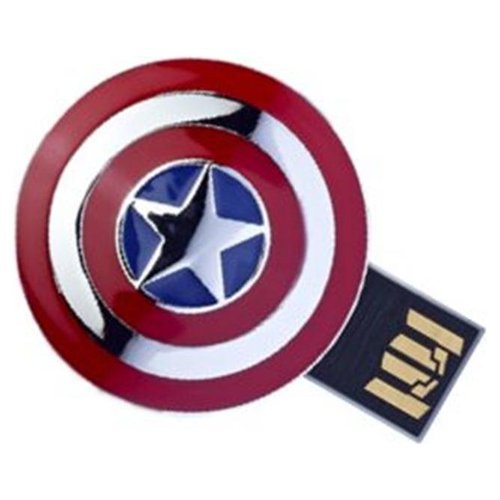 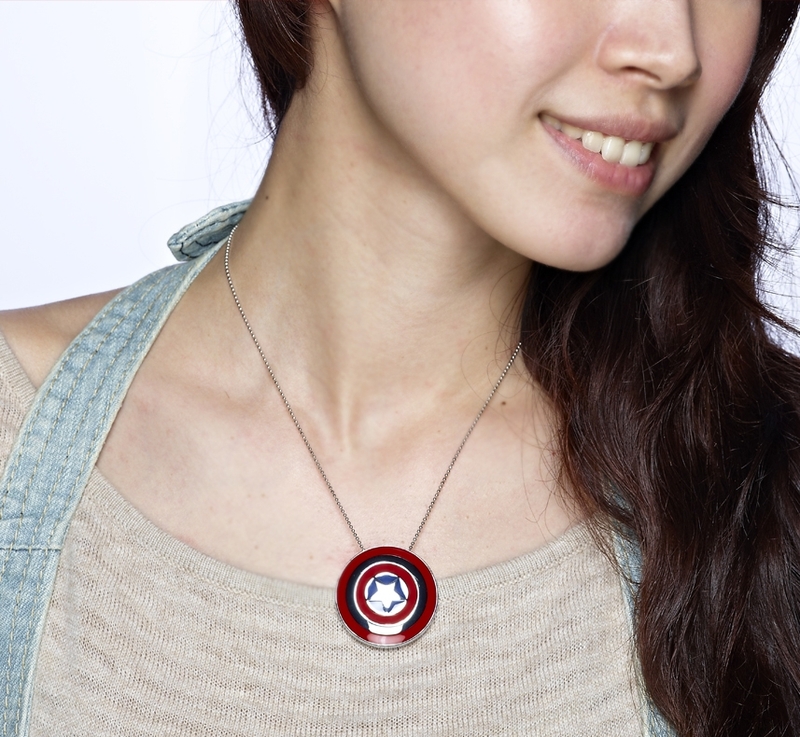 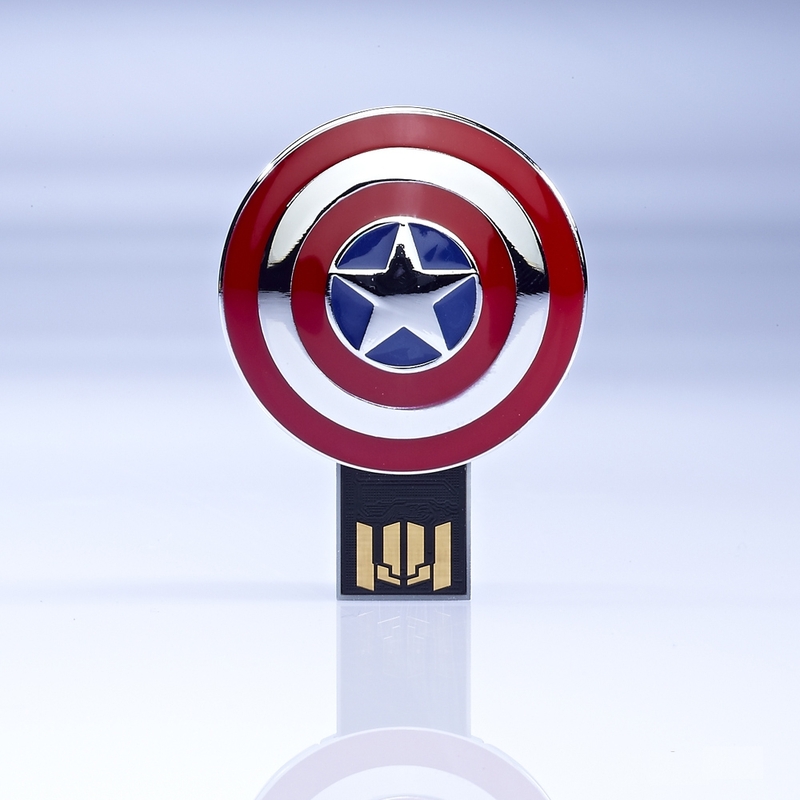 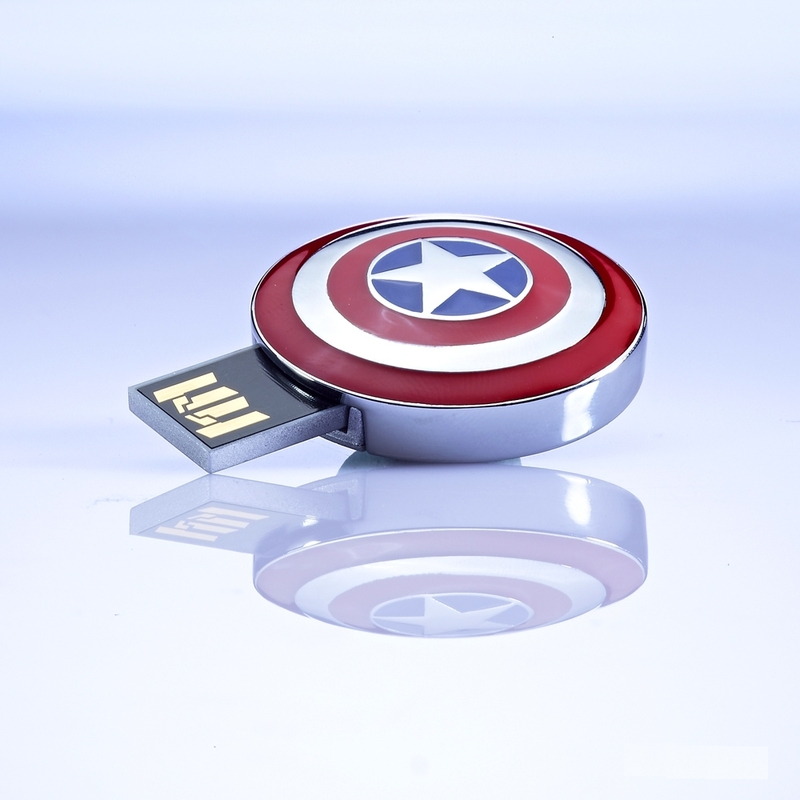 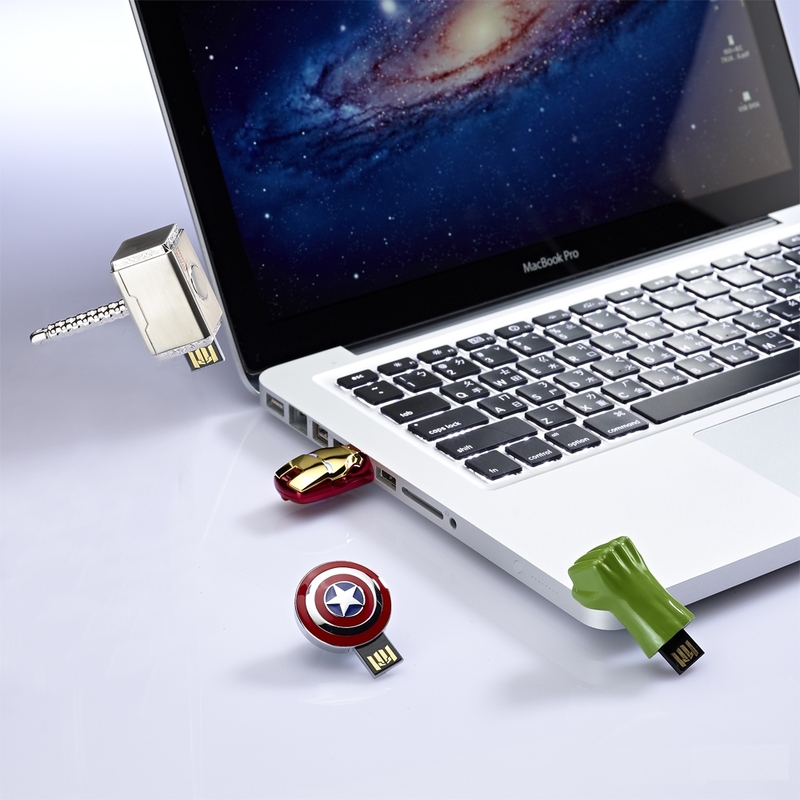 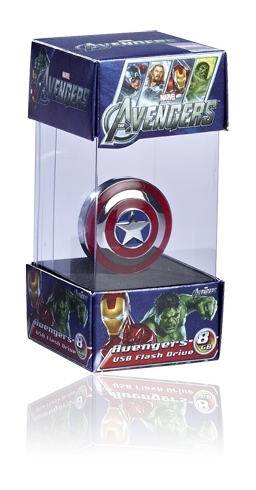 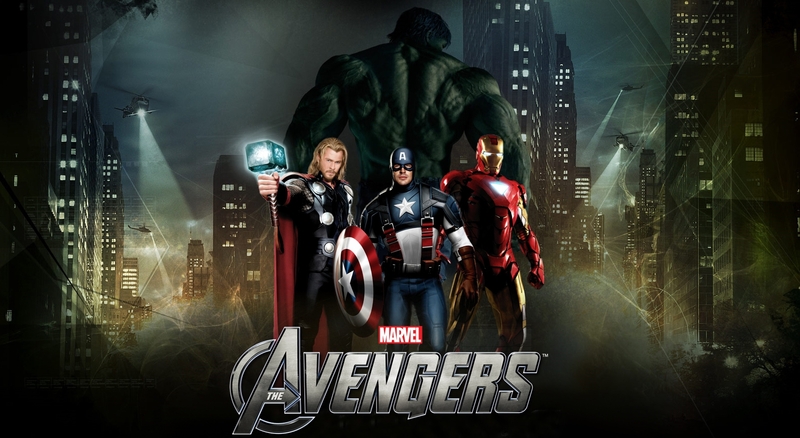 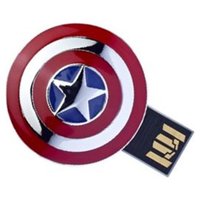 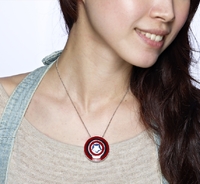 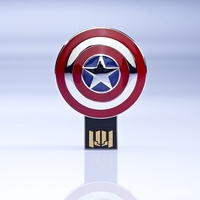 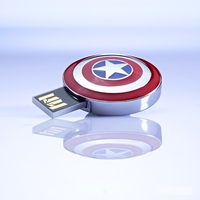 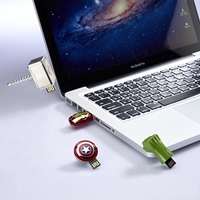 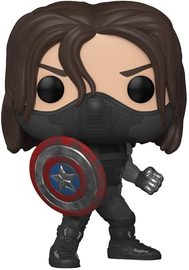 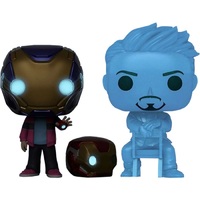 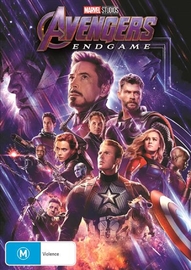 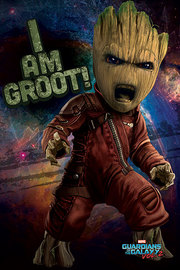 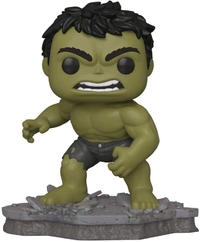 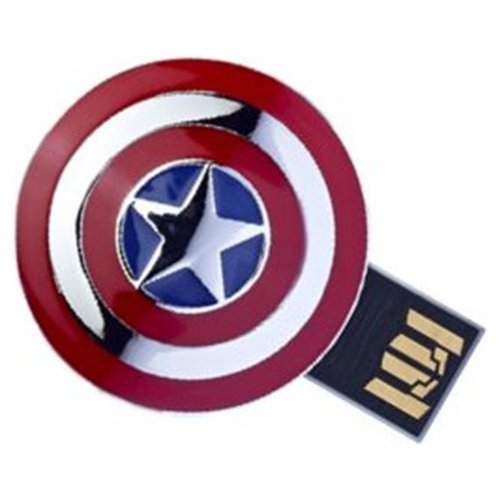 The circular shield most associated with Captain America made its debut in Captain America Comics #2 (April 1941). A concavo-convex metal disc approximately 2.5 feet (0.76 m) in diameter, it is virtually indestructible and has remained his most constant shield over the decades.

And now it's a very cool 8GB USB Flashdrive!