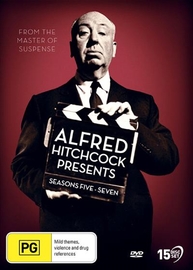 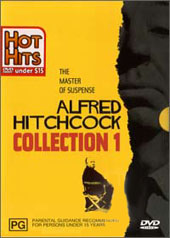 The best known of Hitchcock's British films, this civilized thriller follows the escapades of Richard Hannay (Robert Donat), who stumbles into the midst of a conspiracy that involves him in a hectic chase across the Scottish moors–a chase in which he is both the pursuer and the pursued.

This classic Hitchcock “wrong man” thriller includes stops in John Laurie's crof­ter's cottage, a political meeting where Hannay improvises a speech without knowing who or what he's supporting, and a period when he's handcuffed to the resentful heroine (Madeleine Carroll). Adapted from John Buchan's novel, “The 39 Steps” encapsulates themes that set the stage for Hitchcock's biggest American thrillers and remains a standout amongst his early works.

Alice White is the daughter of a shopkeeper in 1920's London. Her boyfriend, Frank Webber is a Scotland Yard detective who seems more interested in police work than in her. Frank takes Alice out one night, but she has secretly arranged to meet another man. Later that night Alice agrees to go back to his flat to see his studio.

The man has other ideas and as he tries to rape Alice, she defends herself and kills him with a bread knife. When the body is discovered, Frank is assigned to the case, he quickly determines that Alice is the killer, but so has someone else and blackmail is threatened.