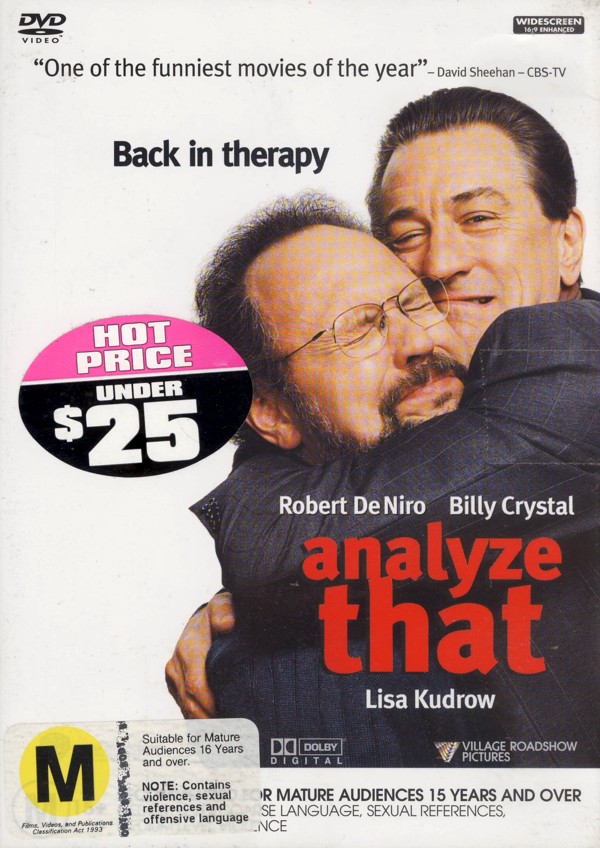 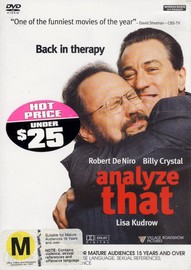 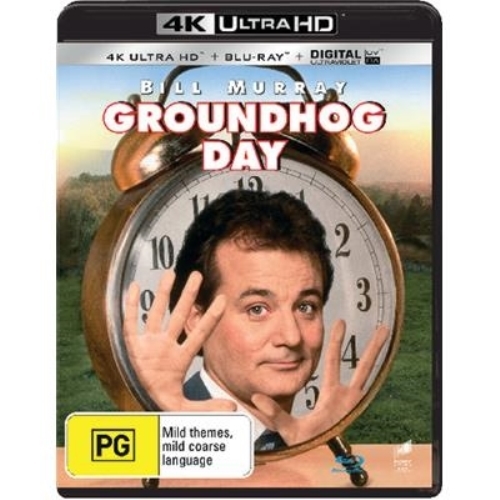 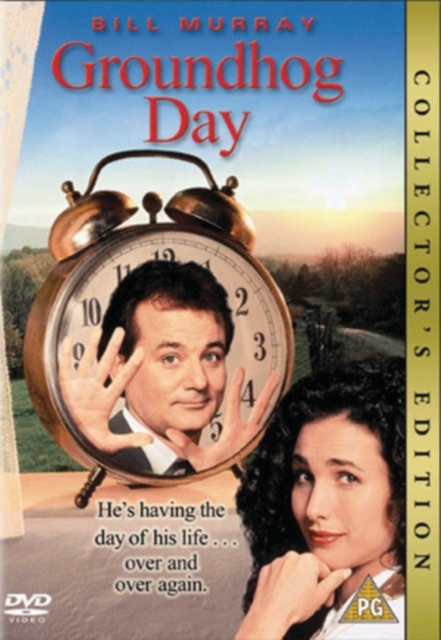 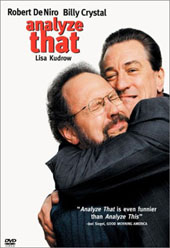 Unavailable
Sorry, this product is not currently available to order
Back in therapy.

In this hilarious sequel to the smash hit, Analyze This, De Niro returns as mob boss, Paul Vitti â€“ and heâ€™s in more need of help than ever. Nearing the last days of his prison term, Vitti has gone from being a man of the mafioso to a singing and dancing musical virtuoso! Instead of intimidating his fellow prisoners, Vitti is performing hits from West Side Story for them. With his sanity clearly in question, prison authorities and the FBI have released him into the custody of the only man they believe can help: his anxiety-prone suburban psychiatrist, Ben Sobel (Crystal). How wrong they were... Also featuring Lisa Kudrow (TVâ€™s Friends) and Joe Viterelli (Shallow Hal) from the original cast and the return of Analyze This director Harold Ramis (Groundhog Day), Analyze That is the kind of comedic therapy everyone could use!