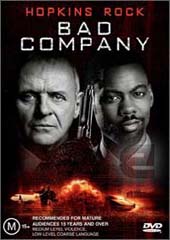 Anthony Hopkins and the irrepresible Chris Rock star in this spy action thriller directed by Joel Schumacher that will have you on the edge of you seat! Veteran CIA agent Gaylord Oaks (Hopkins) must recruit streetwise punk Jake Hayes (Rock) when Jake's identical twin brother is killed in the line of duty. With only nine days to complete a nuclear weapons negotiation, Jake has to go from smart talking to smooth operating and convince all parties he is the sophisticated brother he knew. From Prague to New York, the clock is ticking…