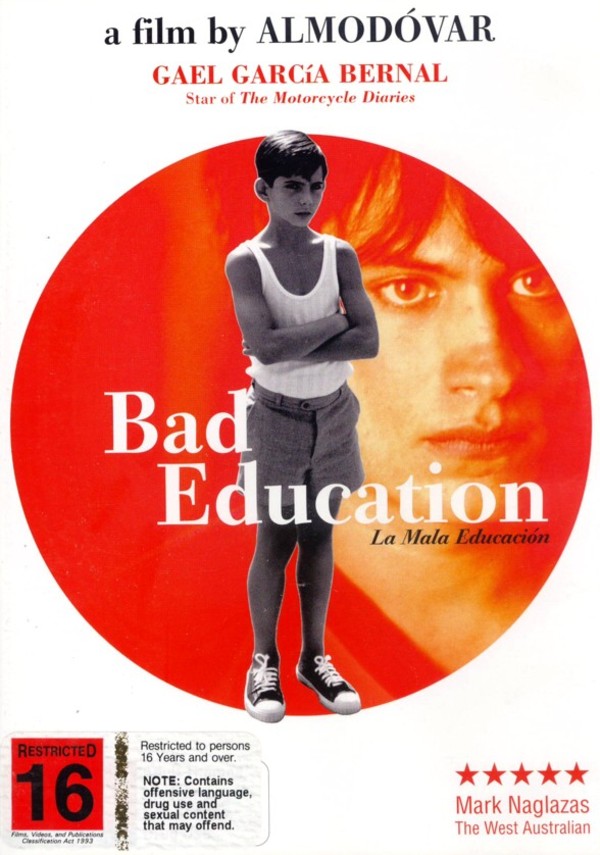 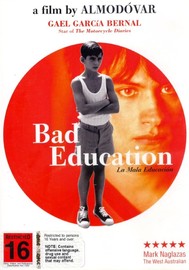 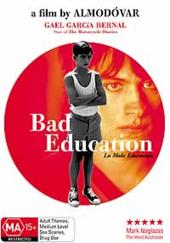 Unavailable
Sorry, this product is not currently available to order
Starring Gael Garcia Bernal (The Motorcycle Diaries) and directed by Academy Award winning writer / director Pedro Almodovar (All About my Mother, Talk to Her).Bad Education is an examination on the effect of Franco-era religious schooling and sexual abuse on the lives of two long-time friends. Special Features: * Deleted Scenes * Making Of Montage * Picture Gallery * Teaser and Theatrical Trailers and TV Spots * Press Books

"In an obscure parochial school in rural Spain, two young boys, Ignacio and Enrique, fell in love. But the boys were only eleven, and the affair was broken up by a priest and schoolmaster named Manolo. The priest, however, wasn't simply enforcing the rules. Father Manolo had already laid hands on Ignacio, a sweet-faced choirboy, and he wanted him entirely for himself. Pedro Almodóvar's extraordinary new movie, which is both a summary of his career and a deepening of his recent style, opens sixteen years after the affair, in 1980. Ignacio (Gael García Bernal), now a young actor, brings a manuscript to Enrique (Fele Martínez), who has become a well-known movie director in Madrid. The manuscript chronicles the boys' friendship and what happened to Ignacio-he became a drag queen and a blackmailer. We see the story enacted; later, Enrique turns it into a movie, and we see that being filmed, too, at which point the priest, now an ex-priest, shows up, and we hear his version of the events. The truth of what happened to the grownup Ignacio and Enrique emerges in pieces: the three narratives, as they expand and correct one another, become a trio of mirrors producing endless off-angle reflections. The movie asks: Is love possible between men, or is it possible only between innocent boys? In Spanish." -David Denby, The New Yorker


"Writer/director Pedro Almodóvar's dark, sexy Hitchcock homage is his best work since his Oscar-winning All About My Mother, and deepened by a sun-dappled sadness. Handsome, enigmatic Ángel (Gael García Bernal) arrives at the Spanish movie offices of director Enrique Goded (Fele Martinez) and happily proclaims that he's actually Enrique's long-lost school chum Ignacio--an announcement that is both less than convincing and more than it seems. A novice actor, Ángel pitches a semi-autobiographical screenplay in which he's determined to star, a revenge-laden reflection of the doomed love he and Enrique shared as boys before a pedophile priest cruelly intervened. The script, and the lost days it recalls, carefully unfurls into a series of brooding movies-within-movies and memories-inside-memories, which allow the sensual, multiple-role-playing Bernal to give the performance of his young career--among other things, he makes a stunningly convincing drag queen--and Almodóvar the opportunity to movingly suggest that people will pay any price to ensure that their stories are told. "--Steve Wiecking
Release date Australia
October 20th, 2005
Movie Format
DVD Region
Edition
Aspect Ratio
Director
Pedro Almodavar
Language
Spanish
Length (Minutes)
101
Stars
Studio
Roadshow
Subtitles
English for the Hearing Impaired
Original Release Year
2004
UPC
9398710443196
Product ID
1475633