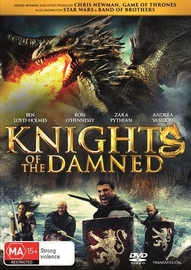 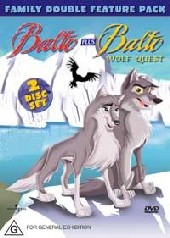 Unavailable
Sorry, this product is not currently available to order
Balto Nome is an island: Based-on-true-story about the sled dog who led a famed mission of mercy for Alaskan children in 1925. Enough animated schmaltz to melt the polar cap. With the voices of Kevin Bacon, Bridget Fonda, Phil Collins, Bob Hoskins. Screenplay by Cliff Ruby, Elana Lesser, David Steven Cohen and Roger S.H. Schulman. Directed by Simon Wells. BALTO II: Wolf Quest A sequel to 1995's BALTO, the story of a half wolf, half dog who leads a sled full of antitoxins through the Alaskan winter to a town suffering from diphtheria, BALTO II picks up where the first ended. After settling down with Jenna and having 6 pups, it soon becomes time for Balto to give his children up for adoption to human families. However, no one wants Aleu, his daughter, because she looks so much like a wolf. When Aleu figures this out, she runs away, forcing Balto to go after her and sending her on a journey full of self discovery. BALTO II is a delightful and adventurous children's yarn that imparts a valuable lesson about being oneself. Special Features:
Release date Australia
October 29th, 2004
Movie Format
DVD Region
Edition
Director
Simon Wells
Language
English
Stars
Studio
Universal Pictures
Subtitles
English-HI
Supported Audio
Genre
Original Release Year
1995
UPC
3259190298996
Product ID
1461648