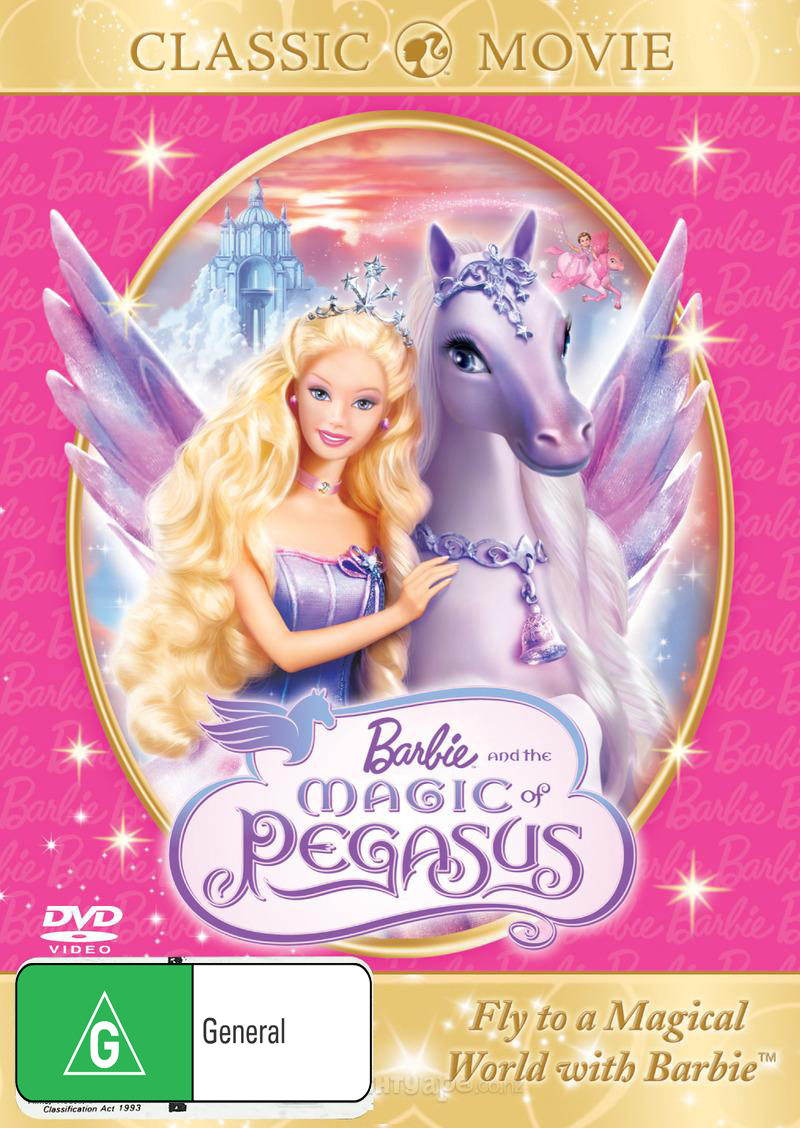 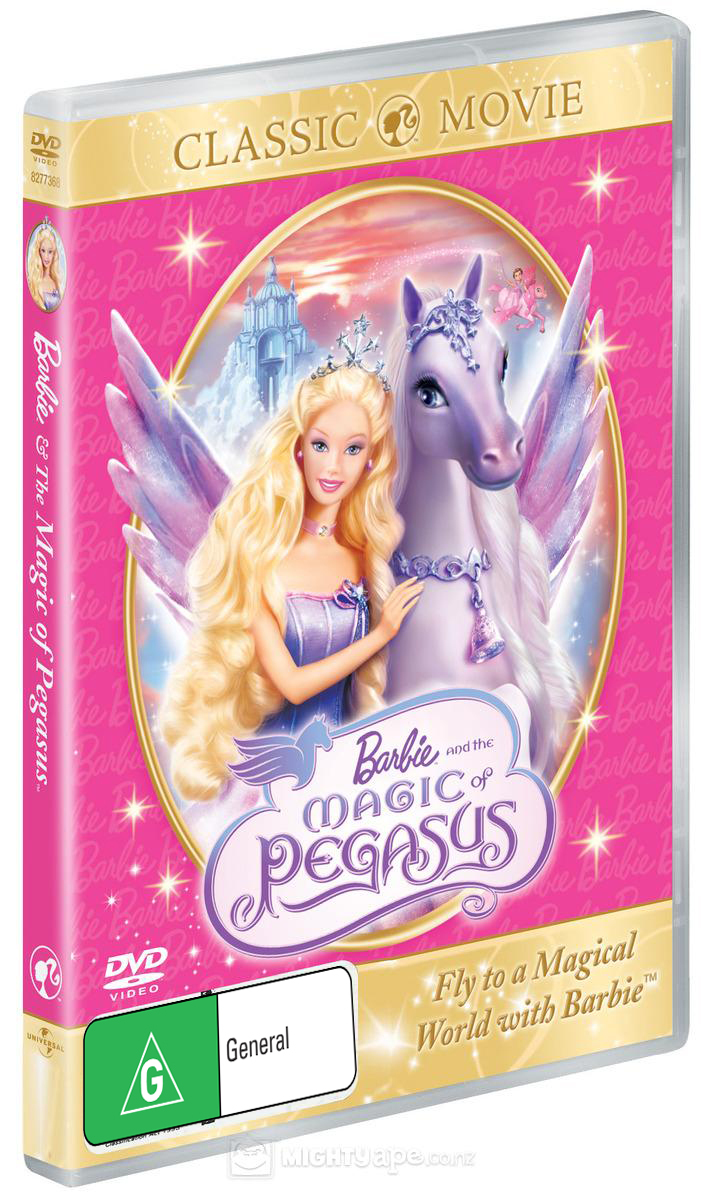 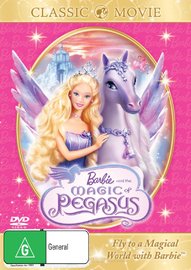 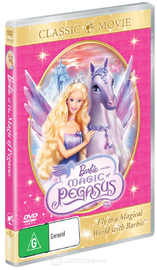 Barbie - The Magic Of Pegasus 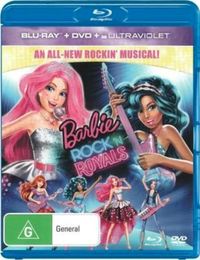 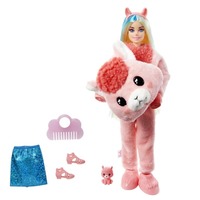 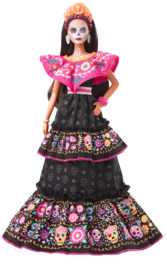 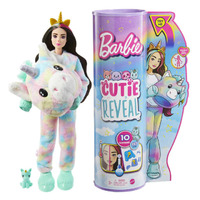 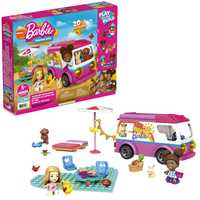 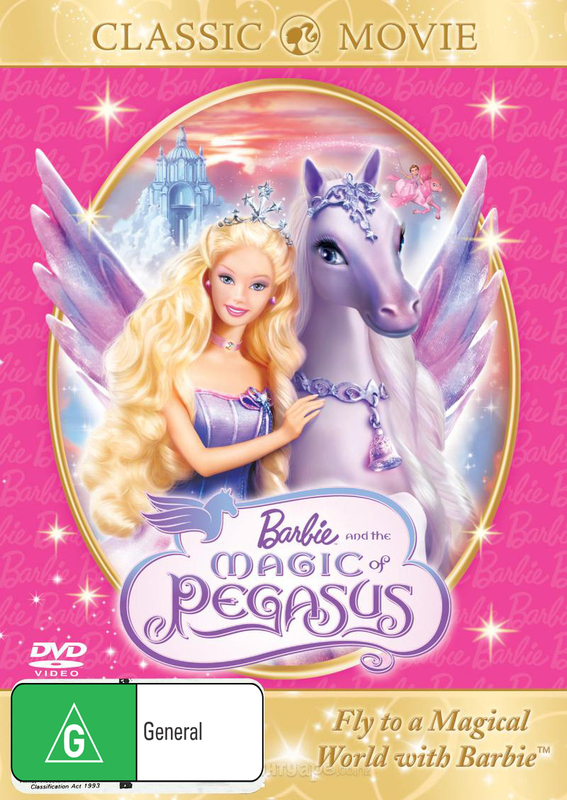 Barbie – The Magic Of Pegasus

Barbie™ takes flight in her new original fairytale movie, Barbie™ and the Magic of Pegasus. Long ago, in a faraway kingdom, an evil wizard demands to marry the lovely Princess Annika. When she refuses, he casts a spell on her parents, the King and Queen, turning them into stone. Just in time, Annika is rescued by a magnificent winged horse who flies her to the magical Cloud Kingdom.

There, Annika learns that the flying horse is really her sister, Brietta, transformed by the same wizard years before when she refused to marry him! Rayla, the Cloud Queen, tells Annika that to break the wizard's spell, she must forge a Wand of Light from a measure of courage, a gem lit by hope's eternal flame, and a ring of love.

Annika and Brietta travel through forbidden forests, across glacial mountain tops, and deep inside cold ice caverns with their new friends: Shiver, the cuddly, clumsy polar bear cub who loves sparkling jewels and Aidan, the handsome adventurer with a mysterious past.

The heroes have three days to build the Wand of Light. They succeed and Annika uses the Wand of Light to save her parents and transform Brietta back into a lovely princess. Together, the sisters and their friends celebrate in the kingdom in the clouds! Let your dreams take flight with Barbie™ and the Magic of Pegasus.