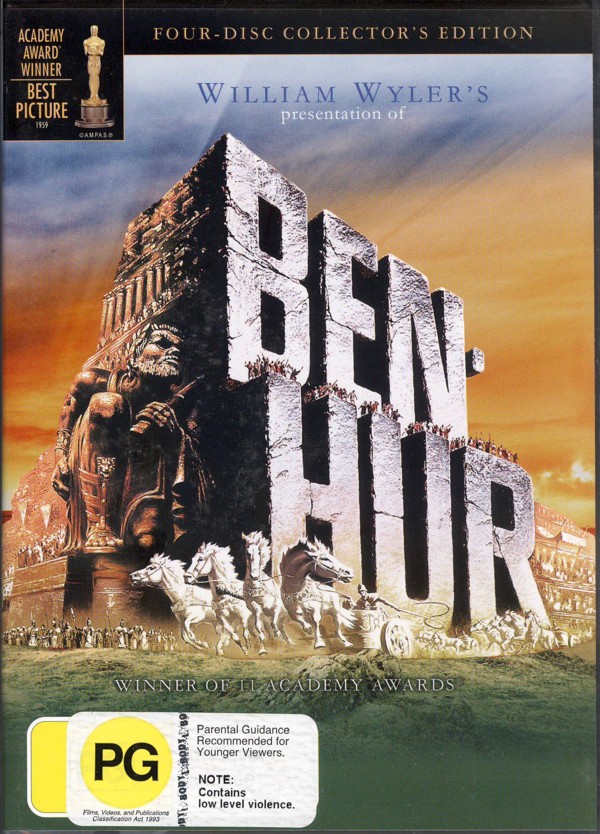 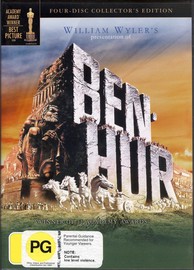 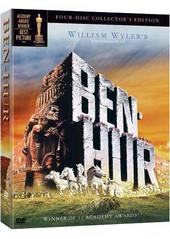 The numbers speak volumes: 100,000 costumes, 8,000 extras, 300 sets and a staggering budget in its day the largest in movie history. Ben-Hur's creators made it the best, the greatest Biblical-era epic ever. Charlton Heston brings a muscular physical and moral presence to the role of Judah Ben-Hur, a Jewish nobleman in Palestine whose heroic odyssey includes enslavement by the Romans, a bold escape from an embattled slave galley, vengeance against his tormentors during a furious arena chariot race and fateful encounters with Jesus Christ.