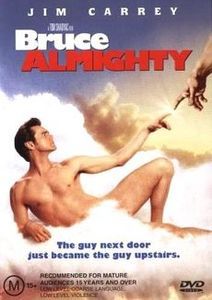 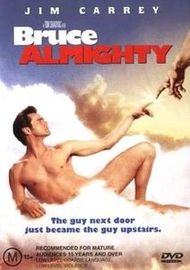 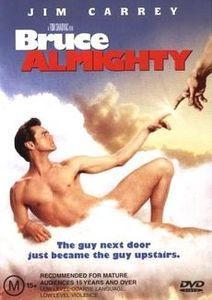 This hilarious movie is one for all the family. Jim plays Bruce Nolan in this movie who is a reporter whose main job is reporting human interest stories. God (Morgan Freeman) gives him his powers to challenge Bruce to do a better job than him. He gives him one week as this is the time it took God to create earth.

In Bruce we trust.

Bruce Nolan is a local Eyewitness News TV reporter in Buffalo, New York, best known for doing human interest stories–which makes everyone happy but him. Bruce would much rather be replacing the soon-to-retire anchorman. Essentially, Bruce is disconnected with everything in his life and rarely misses an opportunity to complain about it. He has a loving girlfriend, Grace, who runs a day care center and adores Bruce in spite of his negativity.

Bruce is handed a great opportunity when he's asked to do the 23rd anniversary of Niagra Falls' famed Maid of the Mist boat, which will air live during sweeps. But the mist hits the fan when it's announced on-air–just before Bruce goes live–that the co-anchor position, about to be vacated, is going to Bruce's superficial rival. In front of millions of viewers, Bruce has an on-camera meltdown, punctuated by a four-letter word not yet cleared for network television. On this worst day of Bruce's life, he's fired from the station, beaten up by a gang of toughs, and his car is vandalized.