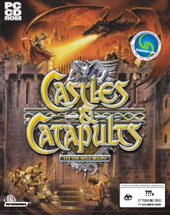 Do not buy this…

1 out of 1 people found this review helpful.
Undercover in the moonlightâ€™s glow, you erect stone walls to protect your kingdom. As the sun rises over the mountains, you prepare your army of warriors to march into the field of battle and claim what is yours. Men at arms, long bowmen, pikemen â€” these are your pawns as you advance to clear the path for your deadly siege of weaponry. Demolish your enemyâ€™s defenses, storm the walls and capture the castle to claim victory! Whether playing alone or online, sweet victory is just a catapultâ€™s launch away. Features: