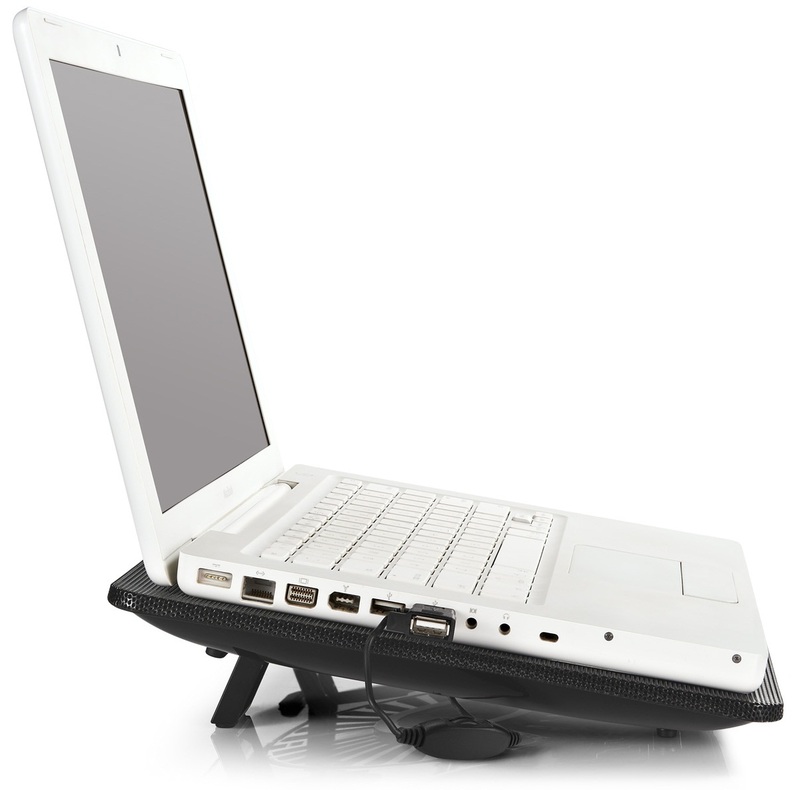 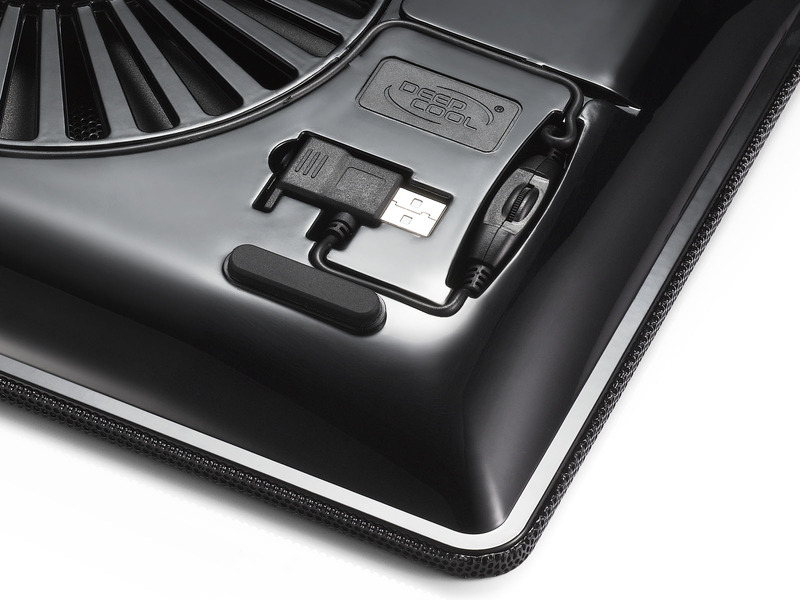 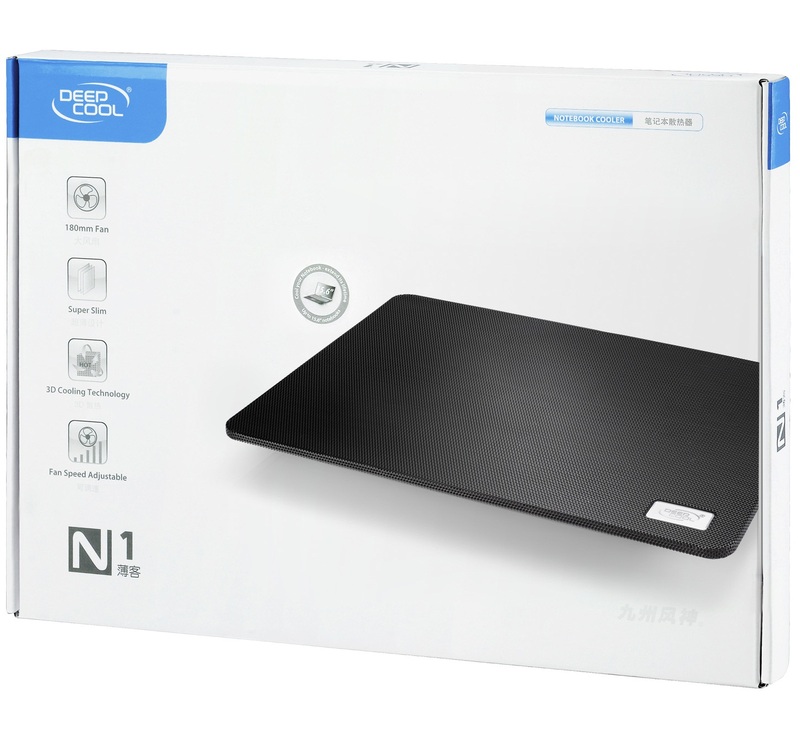 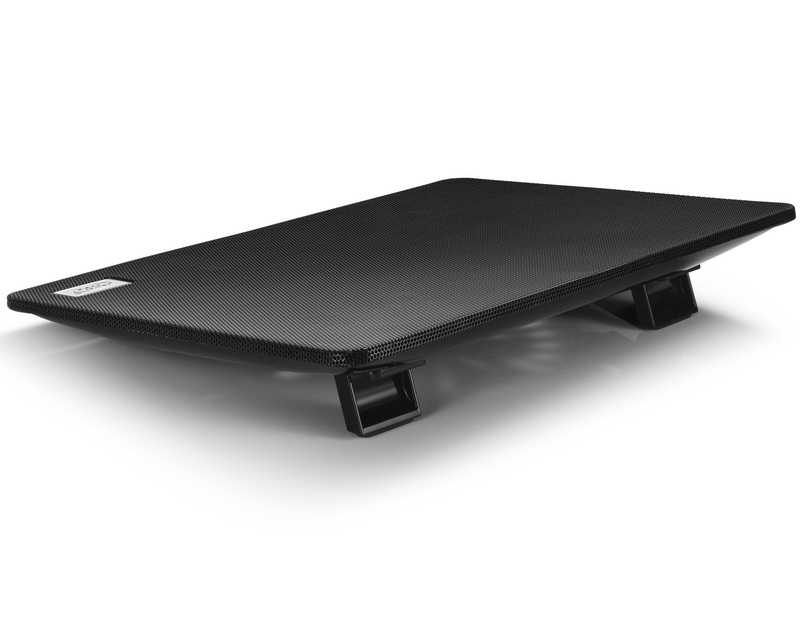 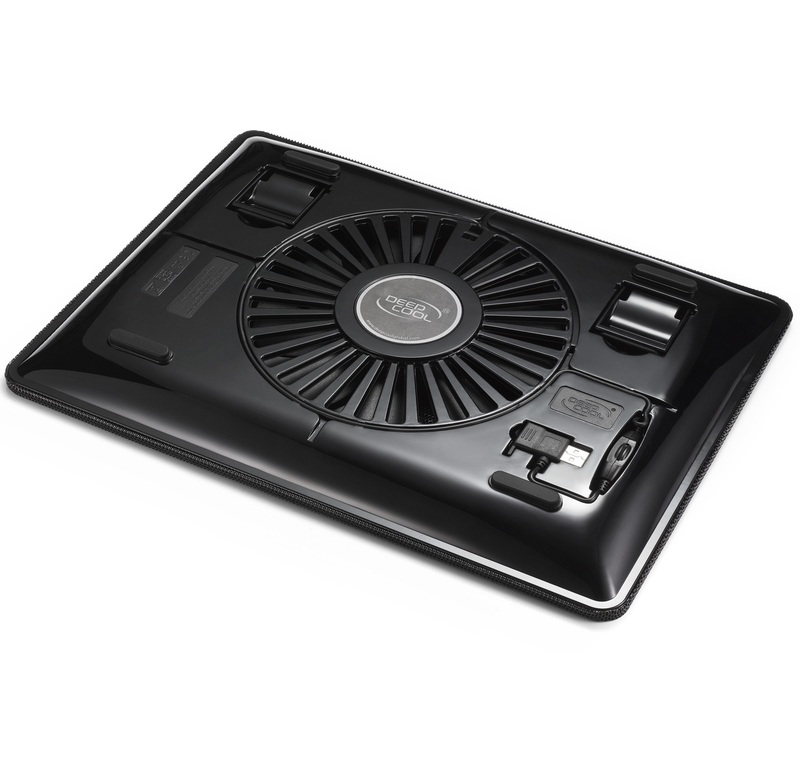 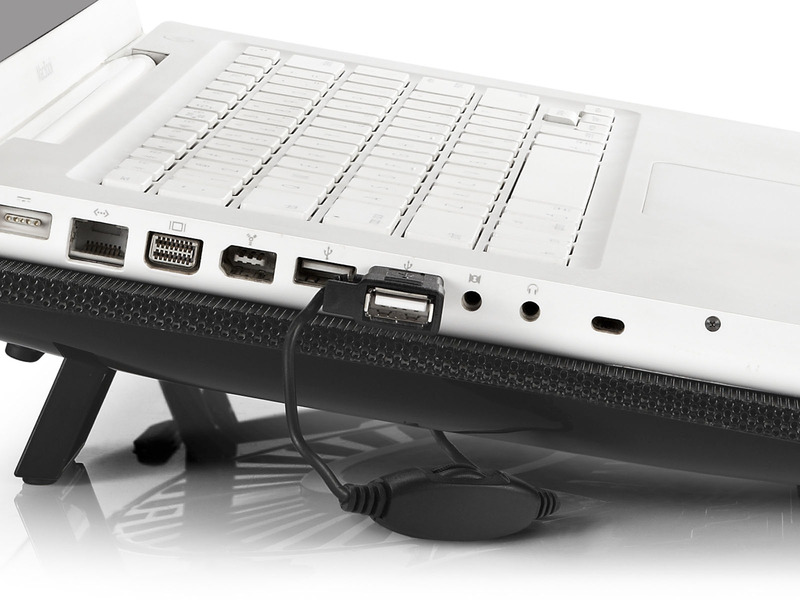 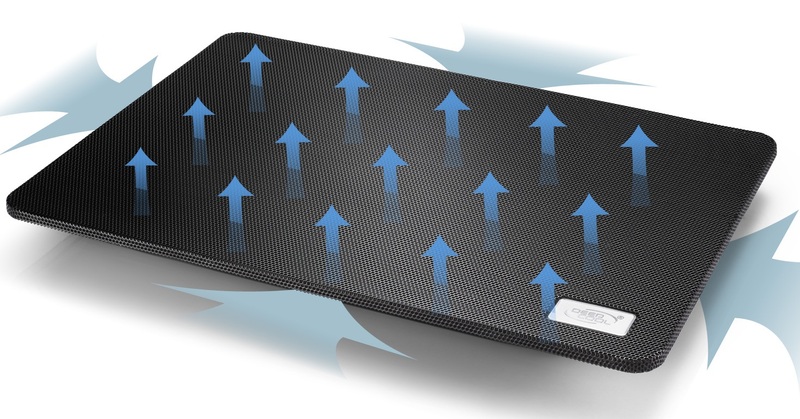 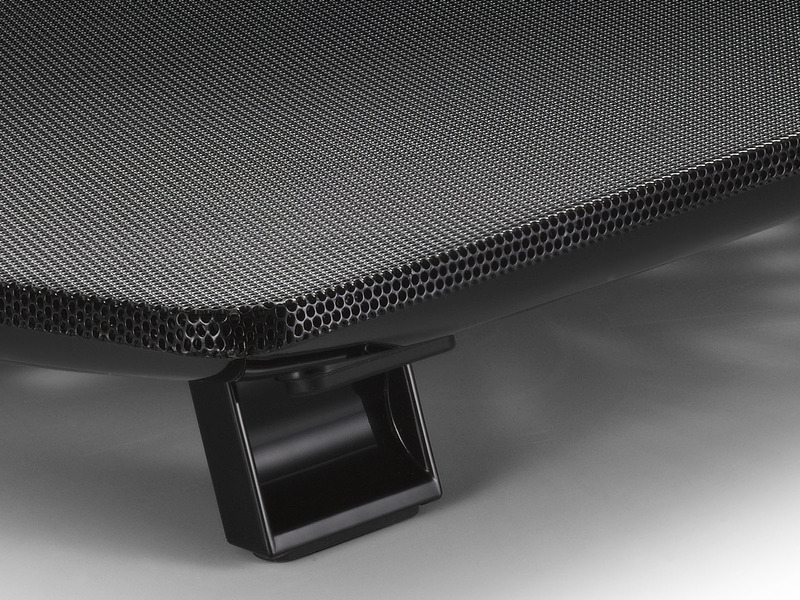 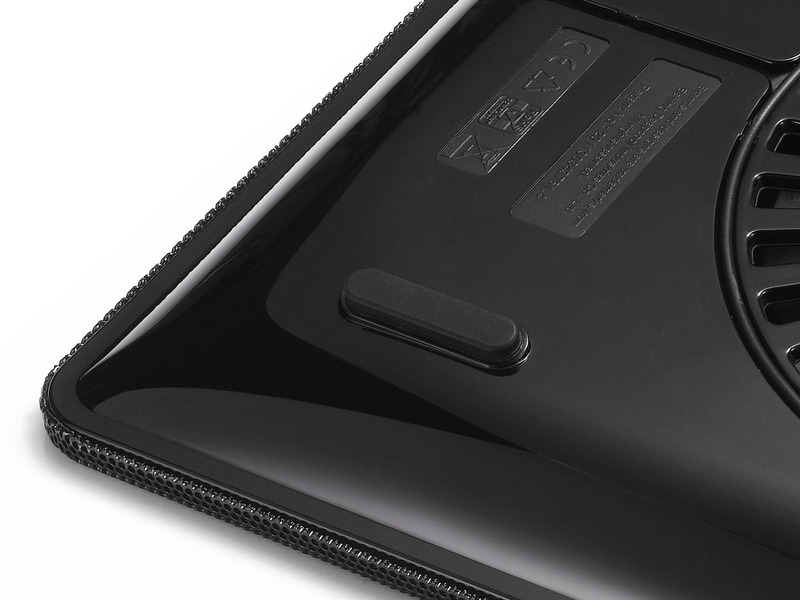 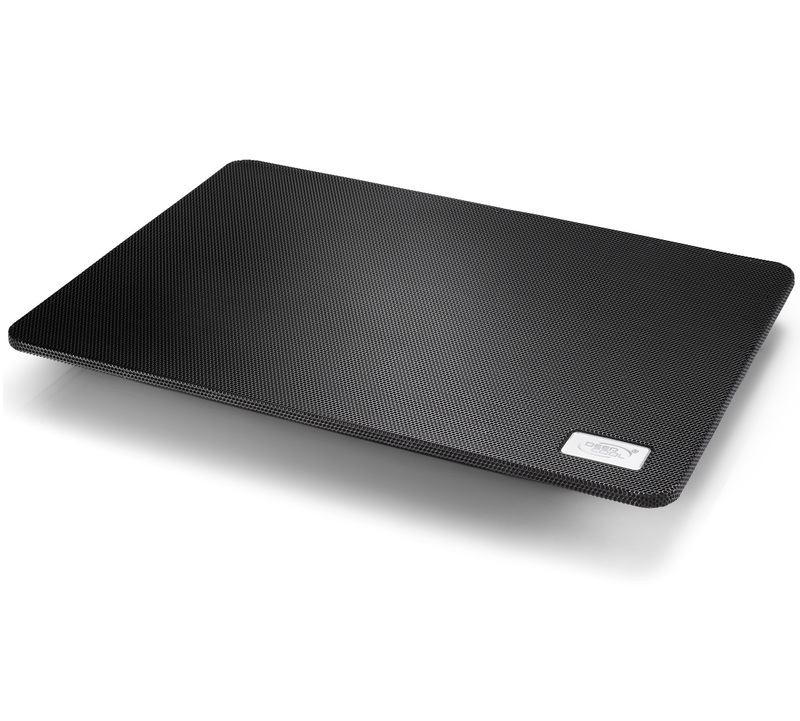 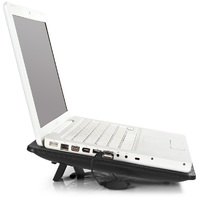 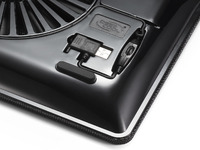 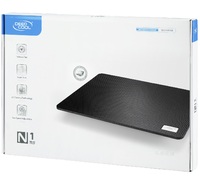 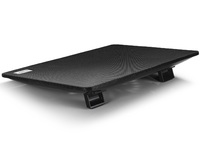 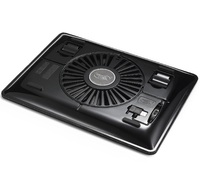 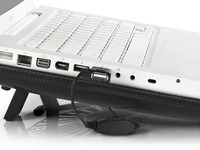 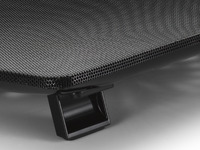 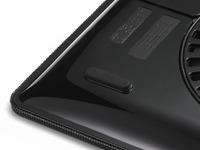 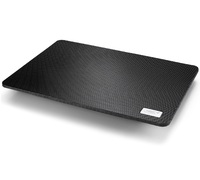 The deep cooler is very ergonomically made. It's light and very quiet. Once your laptop is on it, you cannot hear the fan unless you put your ear next to it. The mesh at front is metal and the material used mostly at the back and inside is plastic. This fan does not require batteries, a cable attached with USB plug is used from the back to run the deep cooler. So just plug in, in your laptop and it smoothly run. It's very light and can fit most laptops. Overall it's a 9/10. I'm very happy with the product, thank you.

7 out of 8 people found this review helpful.

My laptop was starting to get hot down the bottom and I was sick of using books to elevate it for good air flow. So I browsed the net and this product was cheap and looked small and easy to carry round which it is. Really easy to use and is really silent you hardly notice the fan going. Also has fan speed control which I find really useful !Also received it the day after I bought it. All in all it is a good product , easy to carry round , light , silent and I highly recommend it.

This ended up being good in ways I thought it wouldn't, but has issues I didn't think it would.

I was very happy to find that it fits perfectly on the CRT monitor arm I have my laptop on, even though the measurements say it should be a couple cm too big.

The speed control is nice, but the top speed is slower and cools less than the 8cm (smaller) PC fan wired to a usb cable I was previously using (my laptop still blows hot air at times where as my 5min wire up had kept it from doing so).

It looks nice with the mesh, but I found that the bottom edges where the mesh is folded has sharp pieces, especially on the corners. It wouldn't be so bad if they weren't sharp enough to catch or damage anything, but they are.

The stackable usb plug may be nice for some, but using it will actually take power from it and/or the device on top. Also with the direction this makes the cable go in, it blocks whatever port is next to it no matter where it is placed. In the end it takes up 2 ports, whether they both be usb or audio ports.

So it would be better to see a bit more power/speed, a bit more care in using the mesh around the edges, and a standard or flexible usb plug. Another option that would be nice is legs at the front so you can have more airflow and use it to raise your laptop more.

In the end, I guess it's ok for the price.

4 out of 6 people found this review helpful. 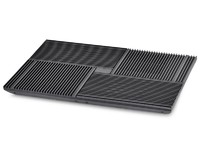 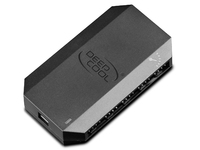