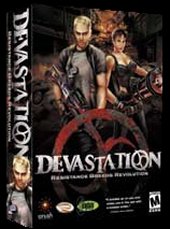 The only hope for freedom is a small group of Resistance fighters made up of gang leaders, mercenaries and ex-military operatives. As the Resistance leader you must assemble your army and travel the globe, restoring peace and sanity in a very dangerous world.