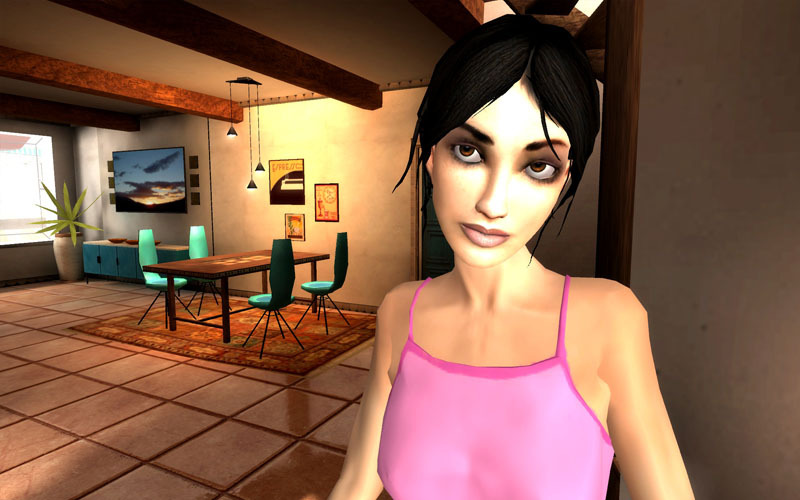 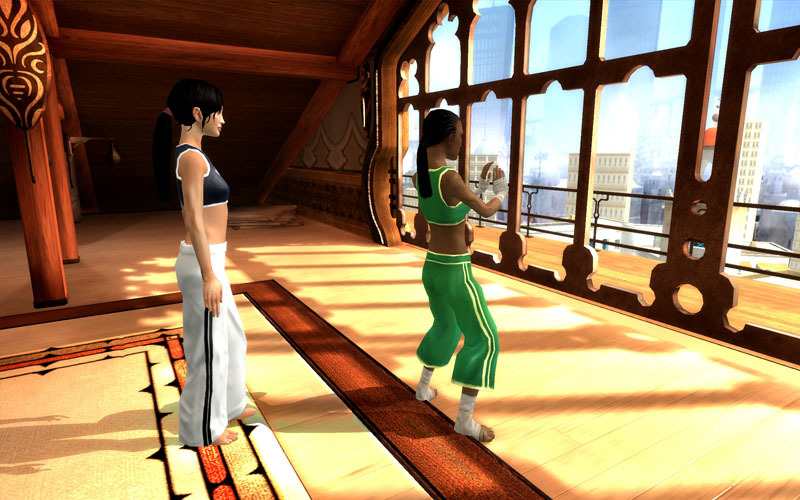 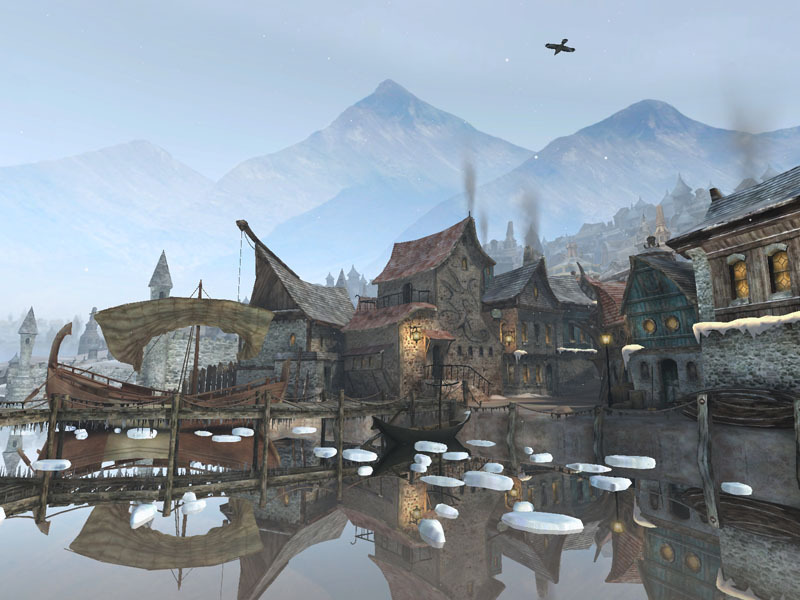 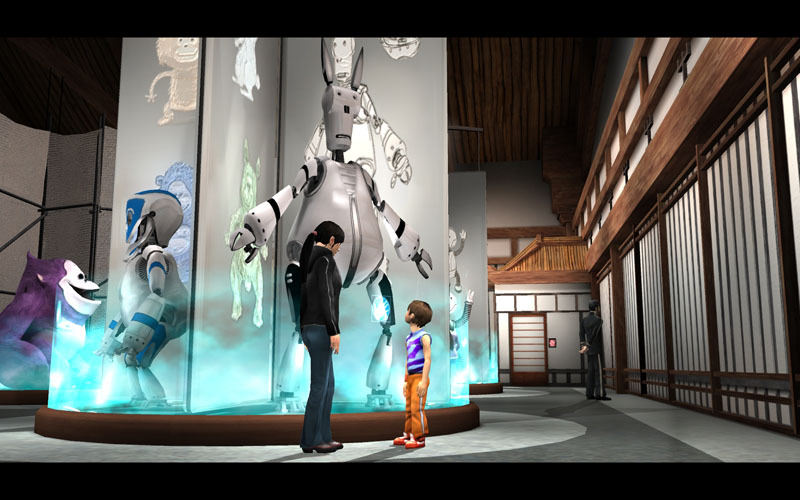 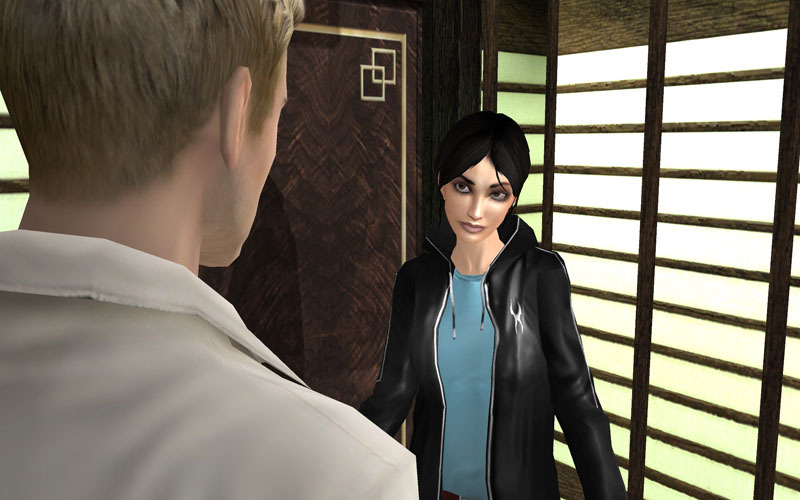 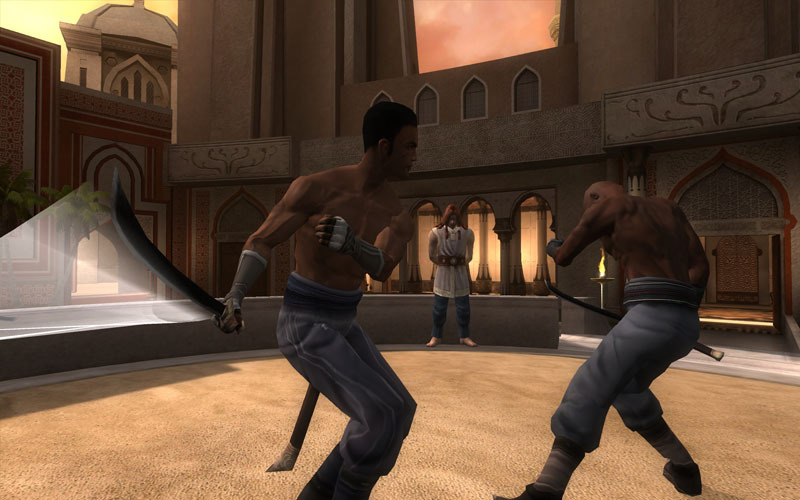 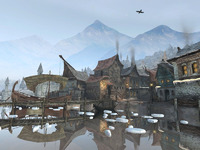 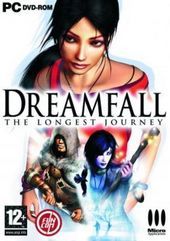 I think the previous reviewer wrote a good sypnosis of the game but was a little harsh on the rating.

As far as point and click adventure games go, this is excellent. Very encaptivating right to the end. But I strongly suggest you play the prequel first or it may be quite difficult to follow the storyline.

Dreamfall, sequel to the outstanding ‘The Longest Journey’, sees you play three characters rather than the original's one. Zoe Castillo, April Ryan and a large, square-jawed bloke with a rather large sword whose name I've conveniently forgotten. As the game progresses you swap between the various characters in order to further advance the plot, before resuming control of the game's primary protagonist, the irritatingly angst-ridden Zoe.

Unlike the original, Dreamfall's pic­turesque environs are entirely 3D, which makes them very nice to look at, but a little annoying to navigate. In addition, the challenging puzzles from the first game are pretty much non-existent, having been replaced by a particularly ham-fisted attempt at a fighting game. Every once in a while you'll have to engage in an impromptu bout of either brawling or swordplay, the execution of which is both awkward and frustrating.

Dreamfall's best feature remains its compelling story; a story which is rudely cut short by the game's abrupt ending. Various plot threads are left dangling, the identity of a mysterious cloaked person harbouring nefarious intent is never revealed. The finale, such as it is, is rather like someone unplugging your monitor and then holding up a piece of cardboard upon which are scrawled the words “Are our heroes really dead? Who is that creepy chap in the billowy cloak? And could an emaciated British girl really beat the crap out of an aggressive Australian drunk with nothing but her bare hands? Tune in next time for the answers to these questions and more!”

The sad truth is that Dreamfall plays more like half a game than a whole one. Which is a shame, because the half we do get to play, with the exception of the cack-handed fighting, is both interesting and enjoyable.

This game is truly a work of art! the storyline is very well crafted and even though the graphics are outdated the story, characters, world more than makes up for this. This will change the way you look at story within video games. A great accomplishment. 5 Stars @(^_^)@

Get ready for an exciting journey through the twin worlds of science and magic - and beyond! Embark on an epic adventure across continents, and visit exotic locations in an action-packed and emotional storyline.

Zoe Castillo is about to get involved in a conspiracy that spans parallel worlds and hundreds of years.

Something is affecting our world: static interference disrupts technology, and it seems to be linked to a ghostly presence seen only by a few - a presence inhabiting a black house in a wintry landscape.

As Zoe begins her search for a lost friend, she discovers that there is a magical world behind our own - and the search is now on for the one person who may help Zoe unravel the dangerous web she has become entangled in:

Spanning three worlds, Dreamfall features dozens of exotic locations, from a futuristic Casablanca in Stark, to a magic metropolis in Arcadia; from a strange city at sea, to vast subterranean caverns, and a dark necropolis; from the high-tech halls of a Japanese corporation, to the frightening realm of the Winter.

The following are three of the many locations you will visit in Dreamfall:

Casablanca
The warm winds of Northern Africa carry dust from the remnants of the Sahara across the modern skyline of Casablanca: one of Africa’s new megalopolises - a centre of research and development in biotechnologies, and a haven for shady business deals.

Marcuria
The capital of the Northlands, and the cradle of humanity, Marcuria was left desolate ten years ago when the barbaric Tyren armies invaded Ayrede, the Unified Country. Now, under new rule, Marcuria thrives - although the so-called "magic ghetto" is making a lot of people nervous.

The Winter
In a place outside, in an eternal twilight, the bitter cold never ends. Here, the black house holds secrets that will change everything…