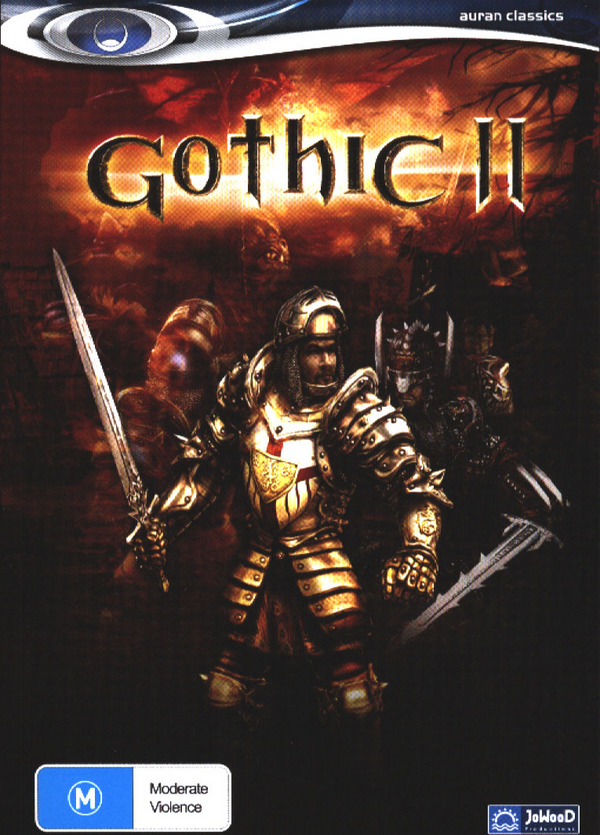 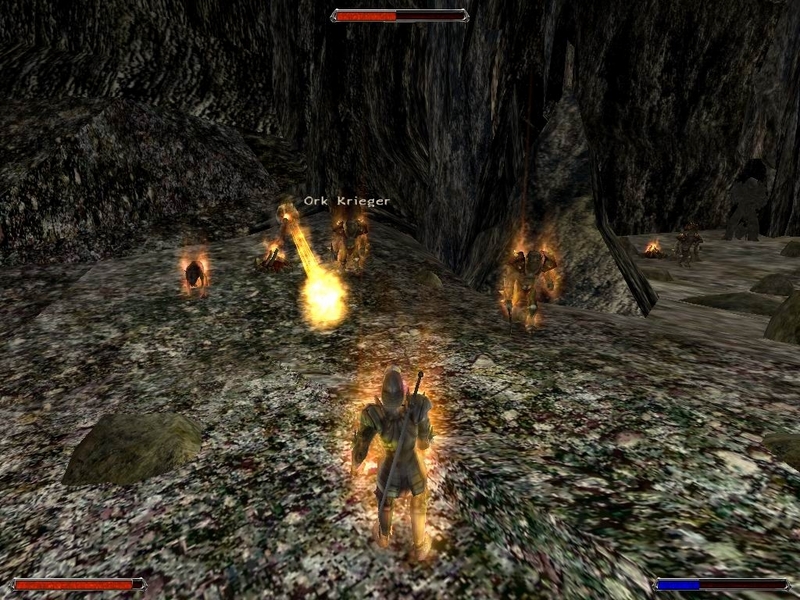 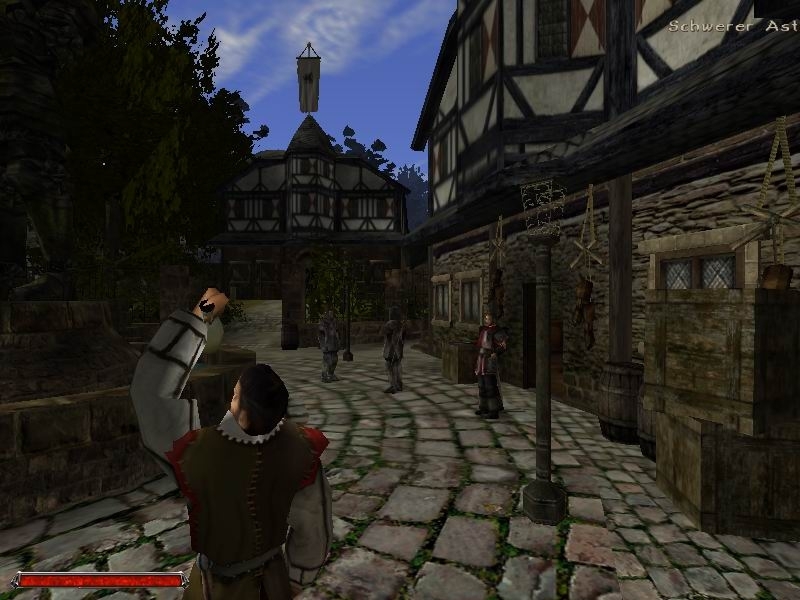 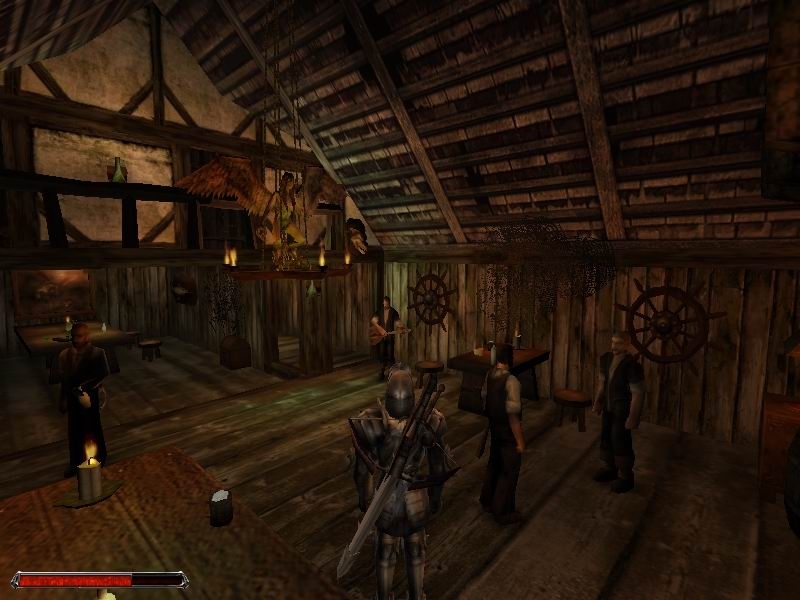 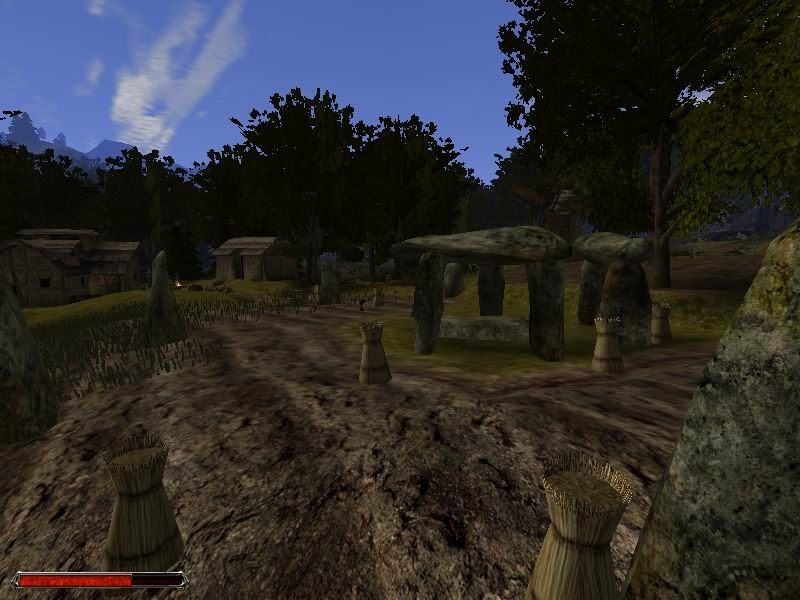 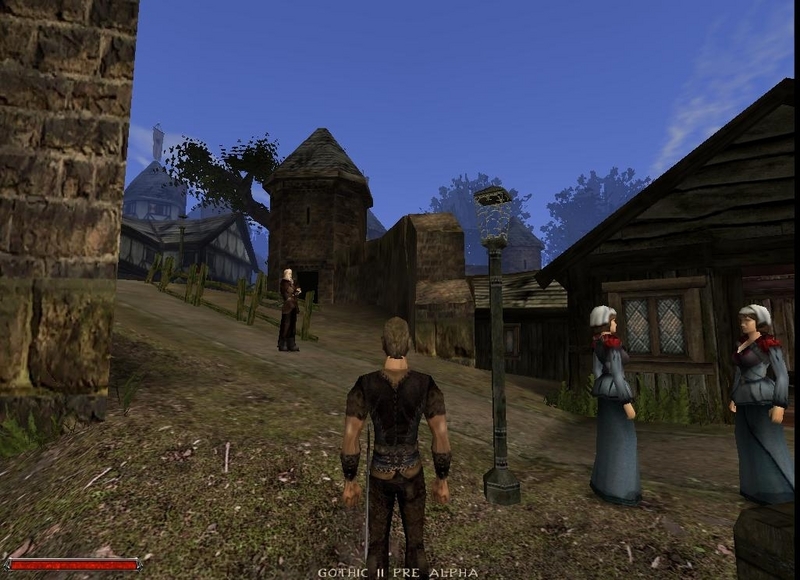 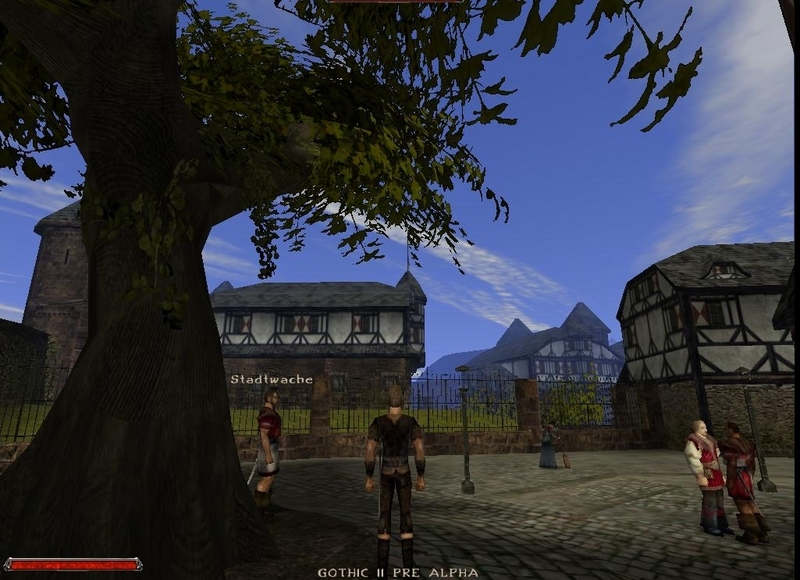 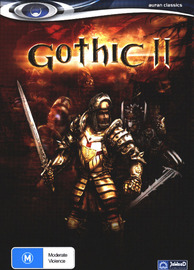 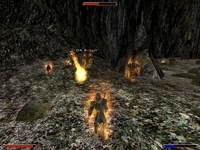 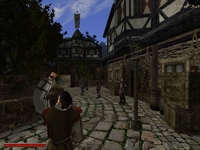 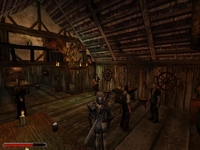 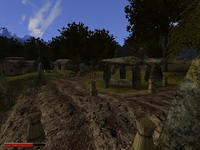 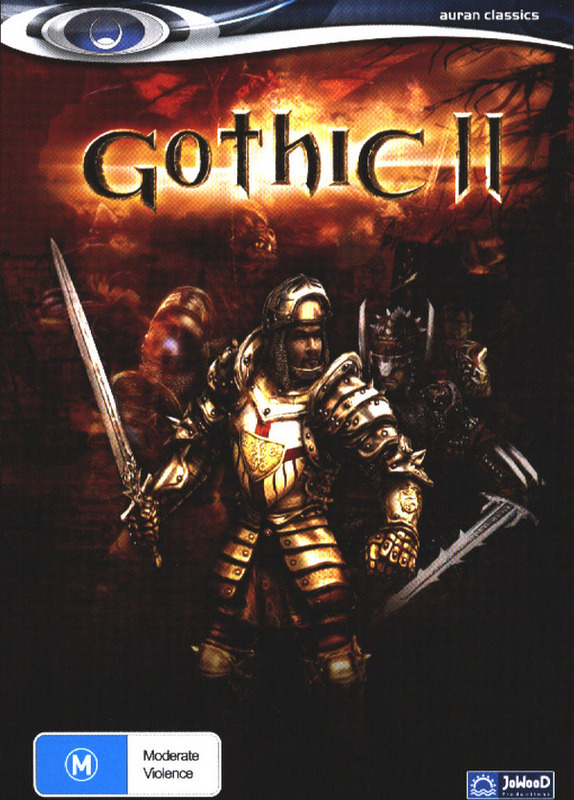 I played gothic 2 straight through 3 times in a row I enjoyed it so much. Something about it just works. The graphics are a little behind the latest games. It is a huge environment, with a a great storyline, and the different character claracter classes provide a different experience, hence a good replay value. Highly recommended.

The first half of this game is tremendous stuff. It's good-looking, atmospheric, and while it's difficult to get the hang of the combat system at first, that's fitting – your character is supposed to start out as such a wimp that even fighting a tame sheep is a daunting prospect :-) The world is immersive and good-looking, believable, fun to explore. It's great fun.

But. About halfway through the game, the fun just kind of … wears off. At about the time when you find that you're capable of taking on an Orc one-on-one without dying more than half the time – about when you first come back from the Valley of Mines – everything suddenly becomes very, very tedious. It's no longer an exciting game of exploration; it turns into a hack'n'slash fest. You just put up with ploughing through hordes of monsters, because you're sure that once you've got to some threshold moment or other, the game is going to become fun again. Well, it doesn't. Partly this is because you spend the game going backwards and forwards between two regions: you're already familiar with them, so exploring isn't fun any more.

I couldn't finish the game, which doesn't help. After the battle with the final boss the game would crash every time, before I could get to see the ending sequence.

But go ahead, buy it, it's cheap. Throw it away once the fun wears off. It's decent value.

You may have come across the recently released Gothic 3 and thought “That looks interesting, I'll try that.” You may have liked some aspects of it but generally thought it was rather mediocre. If that's the case then I strongly urge you to try this game. It is vastly superior to Gothic 3, looks nearly as good, and will run great on today's machines.

It's not as big as G3 naturally, but it's much more involving, interesting and better fleshed out.

The only two drawback are the voice acting is perhaps not as professional, and the inventory, character sheet and dialog boxes are functional, but ugly and totally uninspired. It really makes you wonder how they could put such little effort into them.

The combat system might also give you trouble initially. It's challenging, difficult to get good at it, and you'll find it's something you the player has practice as well as the character. If you find you can't cope however then an alternative system, like the one in G3 is available in the options.

The mine valley of Khorinis. The glorious days of the once productive mines in this small seaside region were long over. Surrounded by the impenetrable magical barrier, the slaves eked out their miserable existence in this apparently natural prison.

One brave man managed to burst the bonds of imprisonment. Following his own call to freedom, he ventured deep into the subterranean temples. Willing to do whatever was necessary, he went out to banish Evil and destroy the magical barrier forever. Spurred by the hatred of men long-suppressed, the prisoners streamed trough the only pass to freedom.

No one in Khorinis had been prepared for this. Too long had they lived under the deceptive notion of security granted by the apparently indestructible magical dome. The small militia garrison could not put up enough forces against the onrush. After numerous bloody clashes, many captives succeded to escape and found safety in the woods or rugged mountains of the surrounding countryside.

The steadily escalating number of raids in the vicinity of the town wall and the bandits' ever-increasing boldness seemed to paralyse the whole town. Angered by the militia's inability to protect their farms, some of the farmers formed an alliance with the refugees, no longer willing to pay allegiance to the king.

Khorinis is facing an uncertain future. Due to the farmers' decreasing production, more and more of the food deliveries do not take place, and the stocks diminish continuously.
The militia's might ends at the town gate. Outside the town wall, nobody is safe from the bandits' armed raids.

There is war in Khorinis. A civil war.

But there is something else that could not be foreseen.
Evil is not dead, rearing its ugly head again.
But this time it is set on delivering the deathblow to humanity, and no one can stop it.