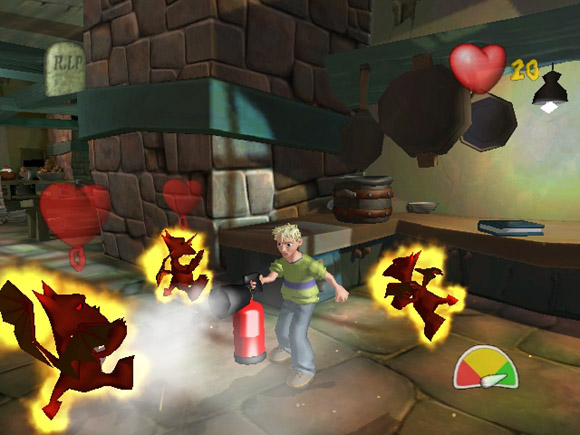 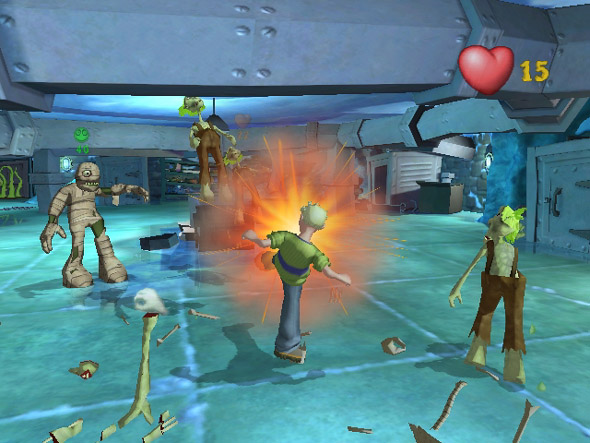 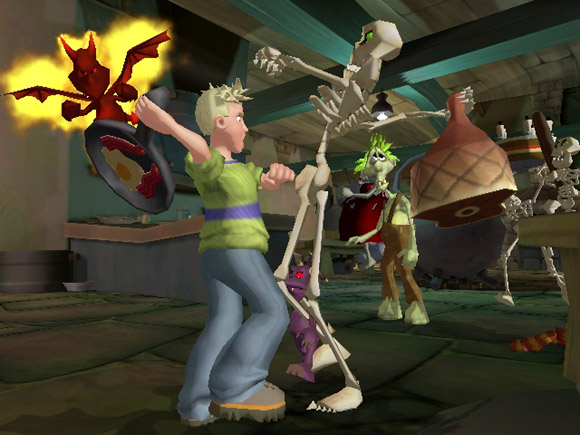 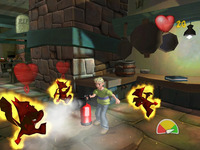 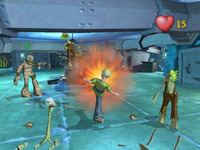 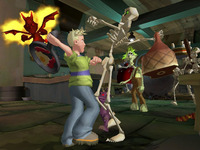 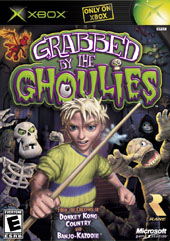 Unavailable
Sorry, this product is not currently available to order
"Grabbed by the Ghoulies" is a humorous beat-'em-up adventure game that takes place in a haunted house full of crazed ghoulies. Gamers play the role of Cooper, a kid on a mission to rescue his girlfriend, who has been "grabbed by the ghoulies." Players will venture through the haunted and ominous Ghoulhaven Hall, battling it out with a variety of monsters while trying to escape the many tricks, traps and shocks awaiting them along the way. Packed with action, "Grabbed by the Ghoulies" is filled with unexpected surprises, and all that fail to get through Ghoulhaven Hall are imprisoned within and never seen again.

Features:
* Ghoulies galore. Players will encounter more than 25 types of ghoulies to keep them on their toes, including vampires, zombies, mummies, skeletons, haunted furniture and many more. Each ghoulie has its own crazed, personality and style of attack, and they all fight dirty. Gamers could be electrocuted, bitten, burned, cursed, thrown around and even mummified.
* Superscary surprises. Spine-tingling events will happen without warning to test players' resolve and reactions, such as faces appearing in windows, ghostly figures and disembodied heads materializing from thin air, and ghoulies leaping out from almost anywhere. Gamers must avoid these scares to keep Cooper in control or risk being overwhelmed by debilitating fear and ultimately fainting.
* Wide variety of weapons. Players will have more than 100 household objects at their disposal to use as weapons. They can bash ghoulies with chairs, pool cues, tables, pictures and nearly anything else they find in the house. Players also can look to the downtrodden staff of Ghoulhaven Hall to provide them with a variety of weapons for battling the ghoulies, such as a garlic-firing blunderbuss to take on vampires and a fire extinguisher to douse burning imps.
* Environmental hazards. Players can explore more than 50 rooms in the giant Ghoulhaven Hall as they follow a twisted plot full of surprises, escapes and rescues. There are tons of puzzles to solve and, not surprisingly, they conclude in players unleashing a bash-fest on the ghoulies.
* Sophisticated yet simple gameplay. Featuring an easy pick-up-and-play style, "Grabbed by the Ghoulies" offers something for gamers at all skill levels. Players can grasp gameplay basics quickly, and refine and improve their fighting strategy as they progress through the game.
Release date Australia
November 20th, 2003
Game Platform
Publisher
Microsoft
UPC
805529493766
Product ID
1460613