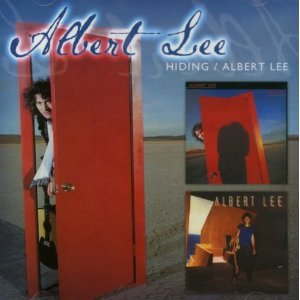 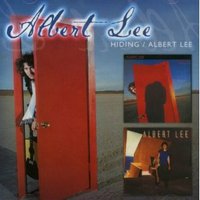 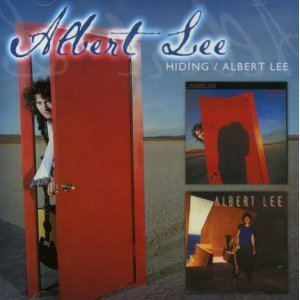 This brilliant album, by one of the more ubiquitous if under-recognized session guitarists of the 1970s and 1980s, is finally available in a remastered edition on CD, thanks to Australia's Ra­ven label.

Albert Lee's A&M session Hiding was recorded in two different stages. The first was with Lee playing virtually everything but bass and drums with old friends Dave Peacock and Chas Hodges. The second and definitive stage was when he became a touring member of Emmylou Harris' Hot Band, enlisting her then-husband, Brian Ahern, and the entire band (which included Ricky Skaggs, Hank DeVito, Emory Gordy, Rodney Crowell, and Glen D. Hardin) with session cats like Buddy Emmons and Mickey Raphael.

The standard issue from Hiding was the tune “Country Boy,” which has been covered by a dozen artists since. The sound of the record was close to the bone, full of fiddles, acoustic guitars, mandolins, funky bass and piano lines, and Lee's trademark electric blistering licks. Covers of the Louvins' “Are You Wasting My Time,” John Reid's “Now and Then It's Gonna Rain,” and three Crowell tunes – including “Ain't Living Long Like This” – rounded out the album. While Lee's singing leaves a bit to be desired here, it doesn't detract, either. But the masterpiece in this set is Lee's self-titled album from 1982. Producer Crowell, who was riding high with productions for Harris, his then-wife Rosanne Cash, and his own album, put together a band and helped Lee choose ten smoking tracks that showcased his abilities not only as a guitarist but as a frontman.

The album opens with DeVito's pub rocker “Sweet Little Lisa” (this version is second only to Dave Edmunds' read of it) and slides right into John Hiatt's “Radio Girl” – a version even better than the original. Lee contributed the slippery cruiser “Your Boys,” and Crowell gave him another pair of tunes to balance the equation with one more each by Hiatt and DeVito.

The songs serve to offer a more rock & roll side of Lee. His first love may have been country, but Crowell heard in him what he heard in Nick Lowe and Edmunds, a British rocker whose love for American roots music translated into something entirely new. There isn't a substandard second on the latter album and it continues to be the high point in Lee's catalog as a solo artist.