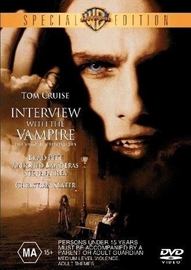 $15.00
Interview With The Vampire
In stock - ships today 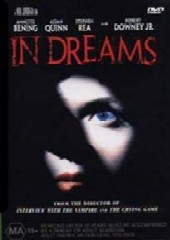 zzzzz…great if you're suffering from insomnia

Claire Coopers (Annette Bening) peaceful family life takes a chilling turn when a mysterious serial killer (Robert Downey Jr.) invades her seemingly idyllic New England townand haunts her dreams with dark clues to his next deadly moves. With frightening accuracy, Claire predicts his every turn, but still no one believes her. Unable to convince the police, her doctor (Stephen Rea) or even her husband (Aidian Quinn) of her mind-link with the madman, Clair must confront the killer aloneand on his termsbefore another terrifying dream becomes a reality!