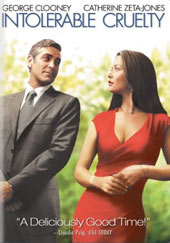 Miles Massey, a prominent Los Angeles divorce attorney has everything–and in some cases, two of everything. Despite his impressive client list, a formidable win record, the respect of his peers and an ironclad contract (the Massey pre-nup) named after him, he's reached a crossroads in his life. Sated on success, boredom has set in and he's looking for new challenges.

All that changes when Miles meets his match in the devastating Marylin Rexroth. Marylin is the soon-to-be ex-wife of his client Rex Rexroth, a wealthy real estate developer and habitual philanderer. With the help of hard charging private investigator Gus Petch, she has Rex nailed and is looking forward to the financial independence a successful divorce will bring. But thanks to Miles' considerable skills, she ends up with nothing. Not to be outdone, Marylin schemes to get even and as part of her plan, quickly marries oil tycoon Howard Doyle.

Miles and his unflappable associate, Wrigley, unwittingly dig themselves in deeper and deeper as they go head-to-head with Marylin. Underhanded tactics, deceptions and an undeniable attraction escalate as Marylin and Miles square off in this classic battle of the sexes.