James Bond 007: From Russia With Love 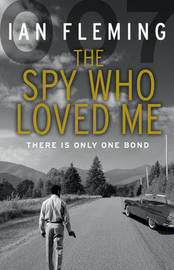 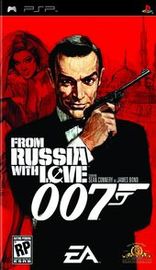 Unavailable
Sorry, this product is not currently available to order
Enter the Classic World of James Bond James Bond 007: From Russia With Love will be the first game to put players in the universe of the classic James Bond film. Set in the original 60’s Bond era, the game features movie-based missions as well as original, action-intensive sequences, a broad and deep variety of gameplay, fully-integrated vehicles, social multiplayer experiences, gorgeous women, and classic, upgradeable weapons and gadgetry with modern mechanics. Players will create and manipulate Bond in a living world based on the timeless fiction of the classic James Bond movie. Invest in your character and customize the ultimate Bond for a whole new level of gameplay options. Sean Connery, the original Bond, reprises his role as the dapper Mi6 agent in this innovative, retro-styled and highly anticipated console title from the infamous Bond franchise. Key features:
Release date Australia
March 16th, 2006
Game Platform
Brand
Character
Developer
EA Games
Publisher
Electronic Arts
UPC
5030941049917
Product ID
1510938