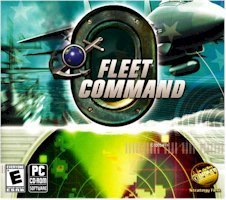 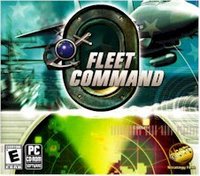 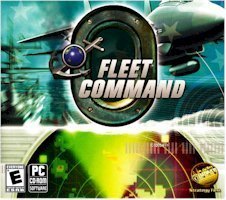 The world's mightiest arsenals are under your complete control in Fleet Command, the most realistic naval strategy simulation ever created. You give the orders and the entire battle group follows your command. You give the orders and the entire battle group–fast frigates, Aegis guided missile cruisers, nuclear submarines, nuclear-powered aircraft carriers and each plane on them–follows your command. A combat direction screen allows you to survey the whole operation, while a 3-D screen allows you to zoom in close and follow the action in real time. Designed under a partnership between Jane's Combat Simulations and the experts at Sonalyst–the same people who develop training software for the U.S. Navy–Fleet Command is truly the definitive naval strategy game.
Key Features:

Real World
Campaigns and mission scenarios straight from current headlines
Choose from single missions and campaigns spanning the world's potential hotspots, from the Arabian Sea to the Kurile Islands.

Exclusive–Real-time strategy with cutting-edge, real-world weapons
Choose from sixteen nations' naval fleets, with 150 of the world's most advanced vessels–submarines, ships, aircraft, each modeled in stunning detail–at your disposal. Each navy is accurately portrayed using the latest information from Jane's References.

Real Conflicts
In a Complete 3-D environment
Fleet Command is the only real-time strategy game with 3-D graphics that allow you to rotate and zoom in on your fleet's ships and aircraft and command the action up-close.

With Effects modeled in stunning detail
The amazing special effects–cloud cover, rain, the state of the sea, ships' wakes and spectacular explosions–all hit the screen in incredible detail. And as each mission moves forward, the time of day moves with it, so get ready for night maneuvers and dawn attacks.

Real Time
Intuitive point-and-click gameplay
Fleet Command's advanced interface eliminates the need to memorize symbols and complex key commands, and its point and click action map gives you the chance to head for the enemy as fast as he's headed after you.

Player-designed task forces
Use the Professional Mission Editor to custom build your own mission, right down to designing the task force itself, anywhere on the globe. Choose your fleet and your foe, and take out your targets–but just remember, the enemy's target is you, so protect your fleet.