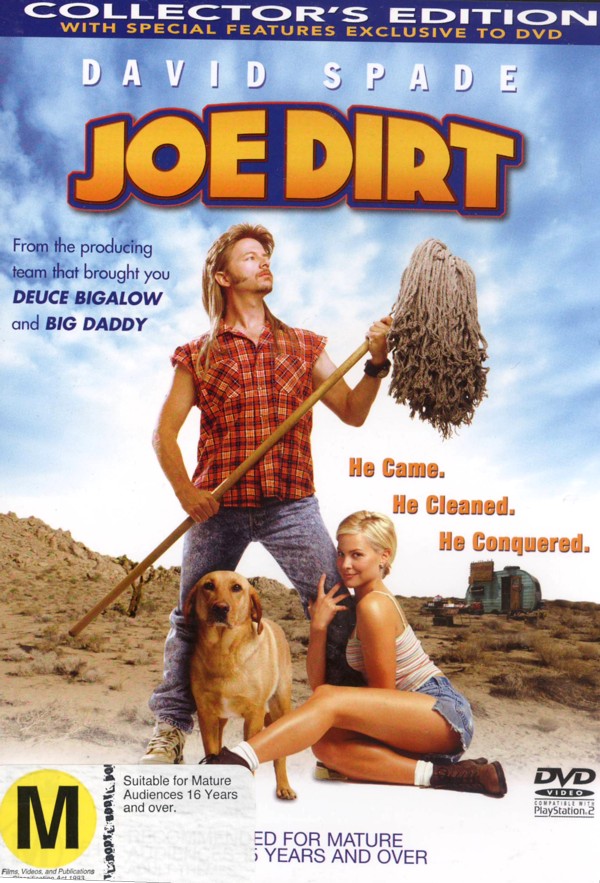 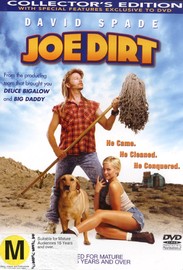 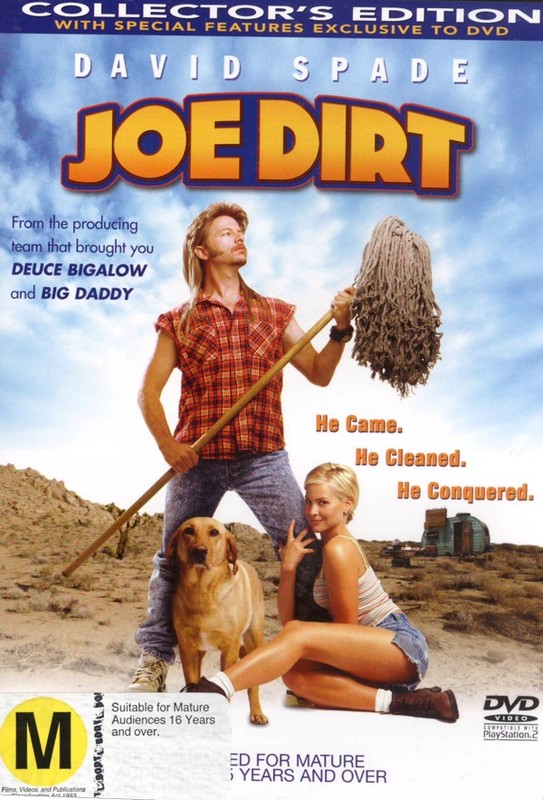 He Came. He Cleaned. He Conquered.

Joe Dirt is a janitor with a mullet hairdo, acid-washed jeans and a dream to find the parents that he lost at the Grand Canyon when he was a belligerent, trailer park-raised eight-year-old. Now, blasting Van Halen in his jacked-up economy car, the irrepressibly optimistic Joe hits the road alone in search of his folks. As his wandering, misguided search takes him from one hilarious misadventure to another, Joe finds his way to Los Angeles, where a shock-jock brings Joe on his radio show to insult him. But as Joe's life story unfolds, jeers turn to cheers, and an entire captivated city tunes in to hear the adventures of Joe Dirt.