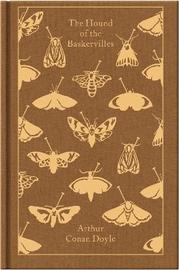 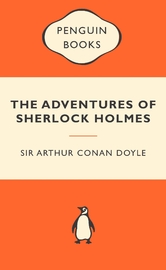 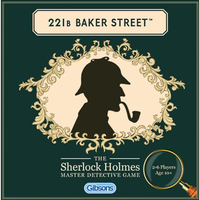 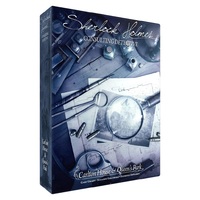 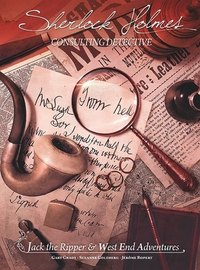 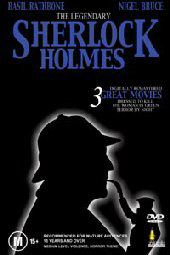 Many actors have portrayed him â€“ but Basil Rathboneâ€™s is, hands down, the definitive performance. In this series of classic films, Holmes â€“ joined by his loyal associate, Dr. Watson â€“ tackles three of the most Byzantine cases of his career. Do you dare venture with him into the darkest chambers of the criminal mind? Starring Basil Rathbone and Nigel Bruce.

The Woman In Green (1945)
A series of bizarre, seemingly unconnected murders leads Holmes and Watson to a society of hypnotists and a mysterious, glamorous woman. The case takes a mesmerizing turn when the fiendish Dr. Moriarty appears to be involved. Reason? He was seen most recently swinging from the hangmanâ€™s noose.

Dressed To Kill (1946)
Heâ€™s a thief with a big secret stashed inside some harmless looking music boxes. When the unsuspecting purchasers of those music boxes start turning up dead, Holmes and Watson discover a bigger problem: their prime suspect is already behind bars.

Terror By Night (1946)
A nervous Lady Margaret Carstairs is convinced that her enormous diamond, the Star of Rhodesia, will be stolen on a train trip from London to Edinburgh. Holmes thinks he has the solution to prevent the theft from occurring â€“ until a gruesome murder de-rails the case.