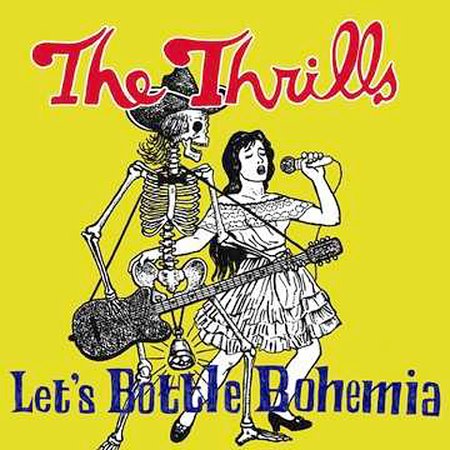 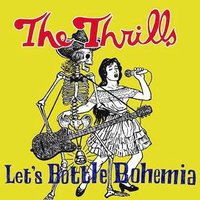 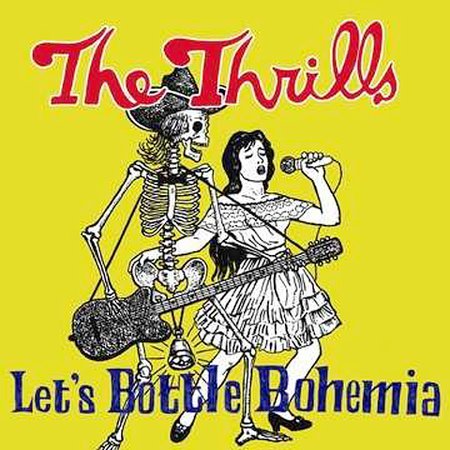 The sophomore effort by Ireland's Thrills, like the band's debut, SO MUCH FOR THE CITY, traffics heavily in the world of American FM radio from the late 1960s and early '70s. Neil Young, America, the Band, and '70s soul are all clearly touchstones. But the Thrills synthesize their influences admirably, and sustain the retro vibe with strong musicianship, sophisticated arrangements, and excellent pop songwriting. LET'S BOTTLE BOHEMIA's lead-off cut, "Tell Me Something I Don't Know," for example, marries a Stones-like riff to country-rock melodies, high harmonies, and chiming keyboards, with appealing, offhand ease.

String-sweetened Philly soul plays a role in "Whatever Happened to Corey Haim?," which contrasts with rumbling rockers ("Our Wasted Lives") and the loping tempos of piano-driven gems ("Not for All the Love in the World"). The Thrills manage to sound rootsy and utterly contemporary at once, with sparklingly modern production touches offsetting an ostensibly folk-rock sound. Lead singer Conor Deasy resembles a cross between Neil Young and the Flaming Lip's Wayne Coyne, with a touch of postmodern irony, and guest instrumentalists Van Dyke Parks and Peter Buck add flair to this enjoyable, simultaneously fresh and familiar outing.

Spin (p.111) - "[There's] something profoundly likeable about this kind of music....Everything's loose, but nothing falls apart. It's the type of sound the Beach Boys would have created if they'd never had any fun, fun, fun." - Grade: B
Uncut (p.112) - 4 stars out of 5 - "Bolder and brassier than before...BOHEMIA is also painfully bittersweet....There's a charming naivety to The Thrills that is forever Malibu."
Uncut (p.78) - Ranked #56 in Uncut's "Best New Albums of 2004" - "[A] ringing, tingling sophomore success."
Magnet (p.124) - "There's nothing smug about LET'S BOTTLE BOHEMIA's piano-driven, world-weary honesty."
CMJ (p.6) - "LET'S BOTTLE BOHEMIA shows the Irish band massaging their ardor for the Byrds and Beach Boys into a definitive Thrills sound."
Mojo (Publisher) (p.104) - 3 stars out of 5 - "[T]here is some startling songwriting on LET'S BOTTLE BOHEMIA. The Thrills' felt-tip reinterpretations of classic California pop are occasionally magnificent..."