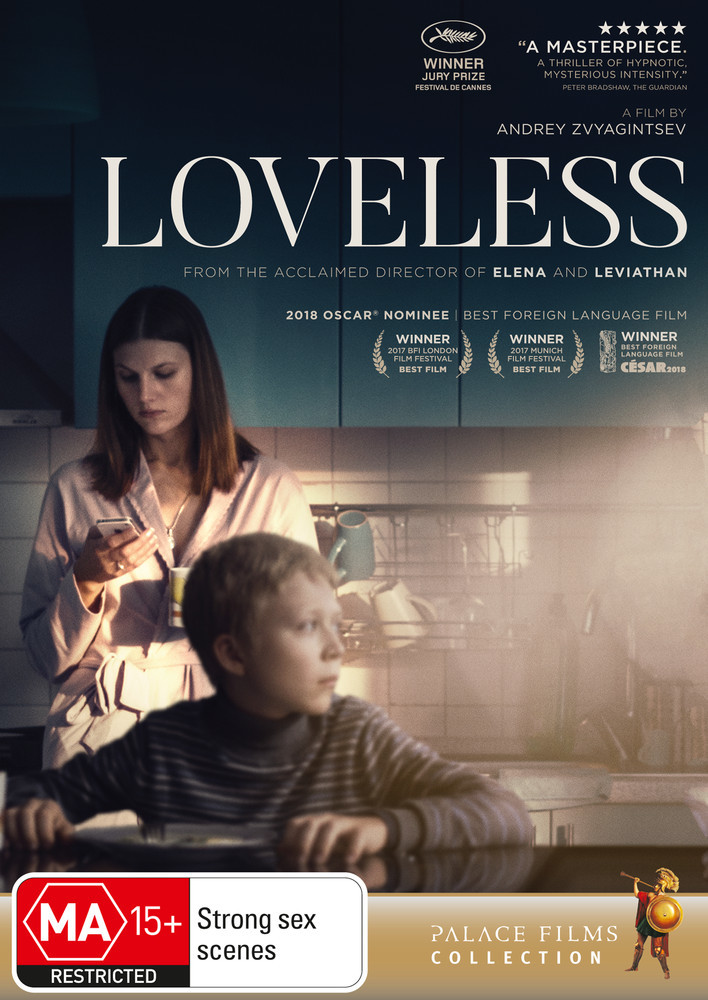 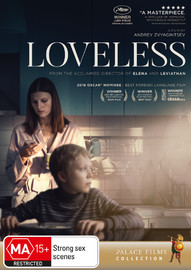 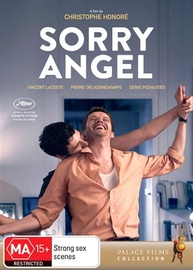 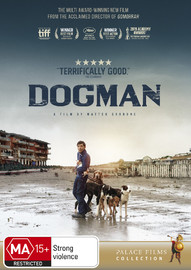 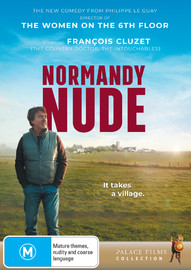 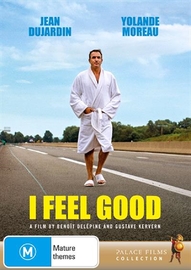 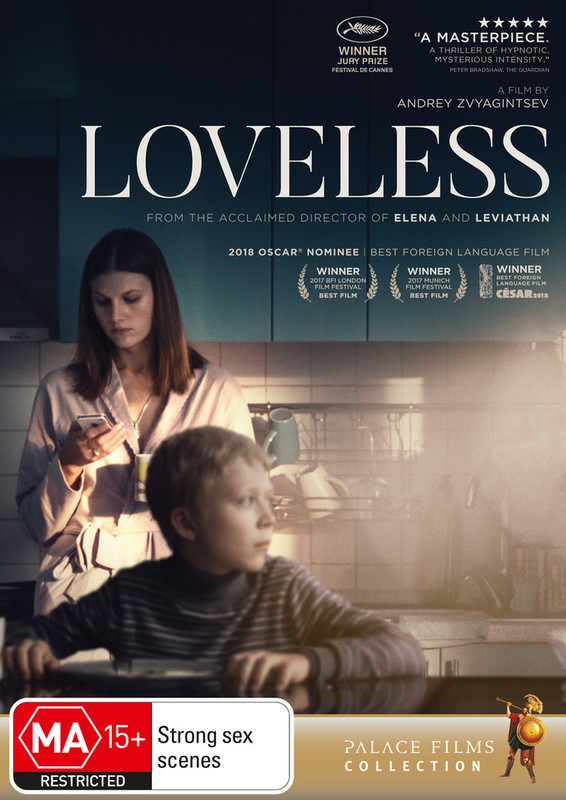 The searing, multi award-winning new drama from Andrey Zvyagintsev (Leviathan, Elena, The Return), arguably the most fearless and vital filmmaker in modern European cinema, LOVELESS is a razor-sharp and gripping portrayal of a family  and society  on the precipice of collapse. Boris (Alexey Rozin) and Zhenya (Maryana Spivak) live together in the same Moscow apartment, but their relationship is all but over. Caught in a spiral of slanging matches and eager to be freed into the company of new lovers, the only thing keeping them together is the still-to-be-finalised sale of their apartment. What this means for their 12-year-old son, Alyosha (Matvey Novikov), doesnt seem to be of primary concern. But when he doesnt return home one night, the couple are confronted by ambivalent and resource-strained authorities, and must mount their own independent search Earning rave reviews at Cannes, where it topped the Screen International jury poll as best of the festival, LOVELESS is a powerful and essential cinematic experience.