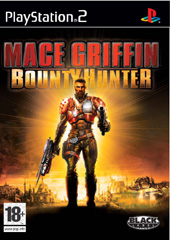 Unavailable
Sorry, this product is not currently available to order
Hundreds of years in the future, several dominant races (Human, Jaldari, and Velleakan) occupy a host of solar systems and discover new planets on a regular basis. Huge conglomerates vie for rich resources on every new world, resulting in fighting, smuggling and the emergence of pirate clans. To combat this growing trend towards war, the government sets up a group of highly elite Rangers, who are quickly brought down by an unknown traitor. Mace Griffin, the only surviving ranger, becomes a bounty hunter and sets out to discover the truth behind his teamâ€™s ruin.