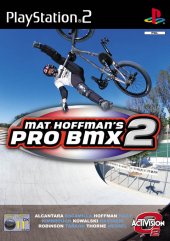 Trick Morpher and Flatland Tricks – Manuals, wall rides, tire-taps, grinds, and air tricks can be “morphed” to create new tricks on the fly. Mat Hoffman’s Pro BMX is the only BMX game to offer flatland tricks like the backpacker, whiplash, and hitchhiker.

Custom Courses and Photo Scrapbook – Players can use the next-generation BMX Course Editor to create their own dream BMX courses with millions of different variations of ramps, rails, fun boxes and other obstacles. Players can now take control of the camera and snap photos of their best tricks and courses to keep in their own scrapbook.