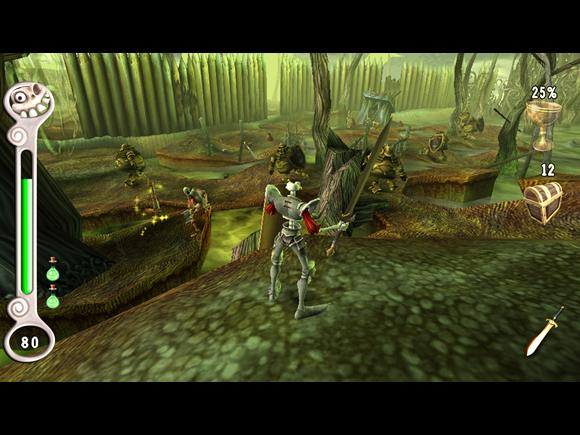 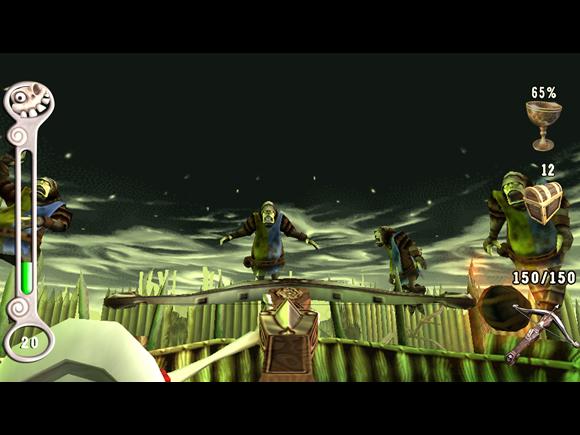 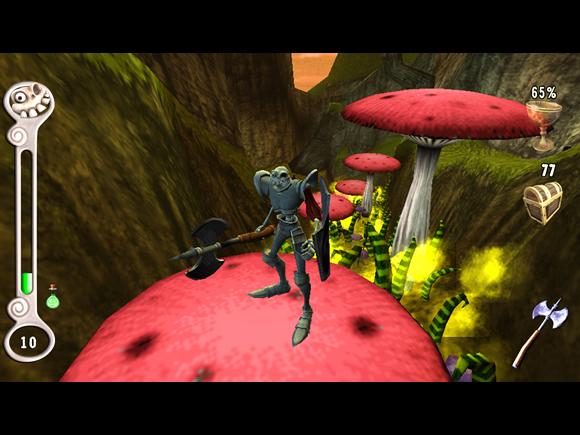 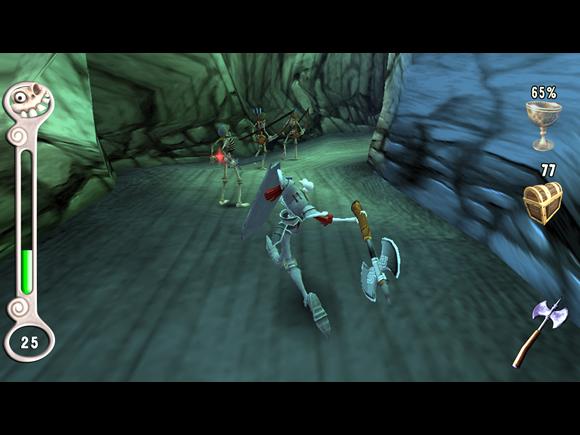 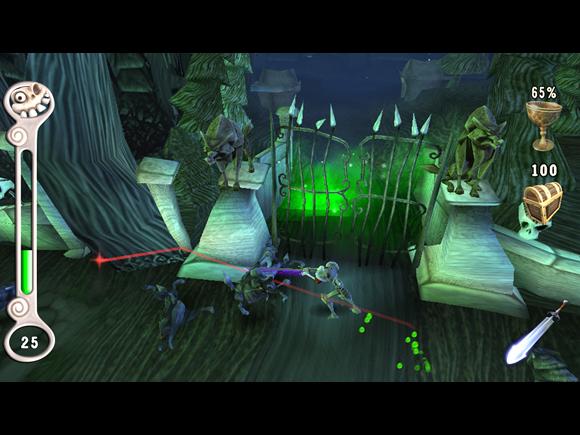 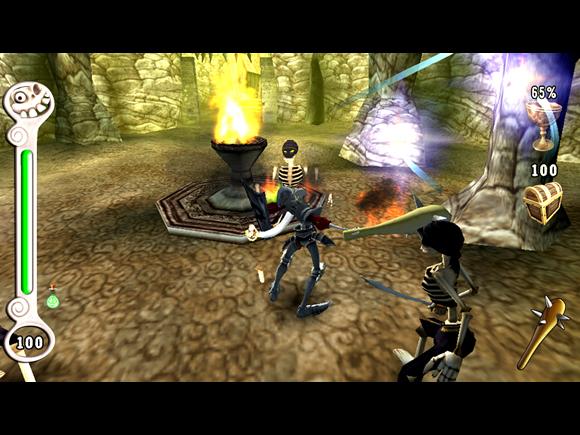 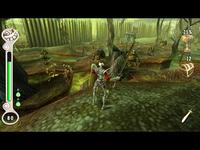 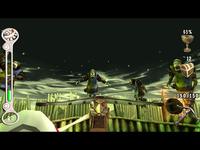 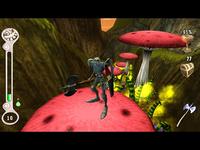 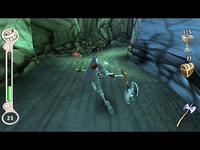 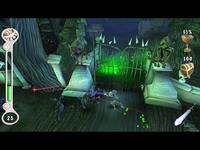 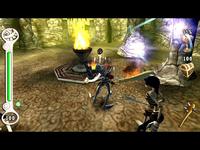 for people who dont know, this is the first medievil game remade for psp with some very cool new levels, this was a little sad as already have a copy of the first game, but all in all this game was very good

One hundred years have passed since the evil Sorcerer Zarok was defeated at the Battle of Gallowmere, heroically cut down by a mortally wounded Sir Daniel Fortesque. Or at least, that's what the people were told; in fact poor Sir Dan was a bit of a coward, falling in the very first wave of arrows. Now Zarok has returned, turning day into night, and raising an undead army to conquer the land. As a side effect Dan has also been resurrected... now, he has the chance to defeat Zarok and in death become the hero he never was in life.