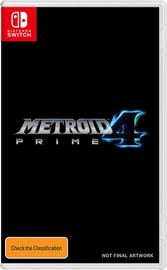 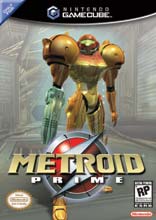 Now not many people play Nintendo games anymore, everyone knows that. Games like Halo are one of the best that can not be beaten or replaced. However, a new game created by Retro Studios may have you turning heads to the cute little console.

Metroid Prime is probably the best game I have ever played. Period. In gaming quality and gameplay it is as good or better than Halo. (I know you think I'm crazy, but try it out. Seriously)

The story or MP starts where bounty hunter Samus Aran has landed on the planet known as Tallon IV. She has been assigned to eliminate the Space Pirate Installation on the planet. This planet is lusturous with life and has many locations throught the planet with different enironments. Eg. Snow, Fire, Ruins, Rainforests and several Space Pirate facilities.

Metroid Prime is a First Person Adventure game. Like a FPS you will come across several enemies that you will have to fight from time to time, but unlike Halo this is an ADVENTURE game, because so she'll spend more time solving puzzles and scanning information as well as exploring several areas.

As you go through the game you will pick up some upgrades which will make your suit more powerful and contain better weapons. As well you will also collect certain abilities that you can use to explore new areas. And sometimes you will need to do some backtracking, but thats not necessarily a bad thing. Actually its a good thing because you can use abilities that you discovered to explore new areas.

I suggest giving Metroid Prime a try. Even if you don't have a Gamecube, if you see this game in a rental store, rent it as well as a console to play it on.

Doing justice to the original, the developers at Retro Studios charge full-speed ahead with a brand-new ballistic adventure that comes heavily armed with high-caliber gameplay, including first-person adventuring as seen through Samus's combat, scan and other high-tech visors.

Loaded with classic weapons from the previous Metroid games and an arsenal of all-new weapons, Metroid Prime is an adrenaline-charged alien-blasting adventure that's worth setting your sights on.