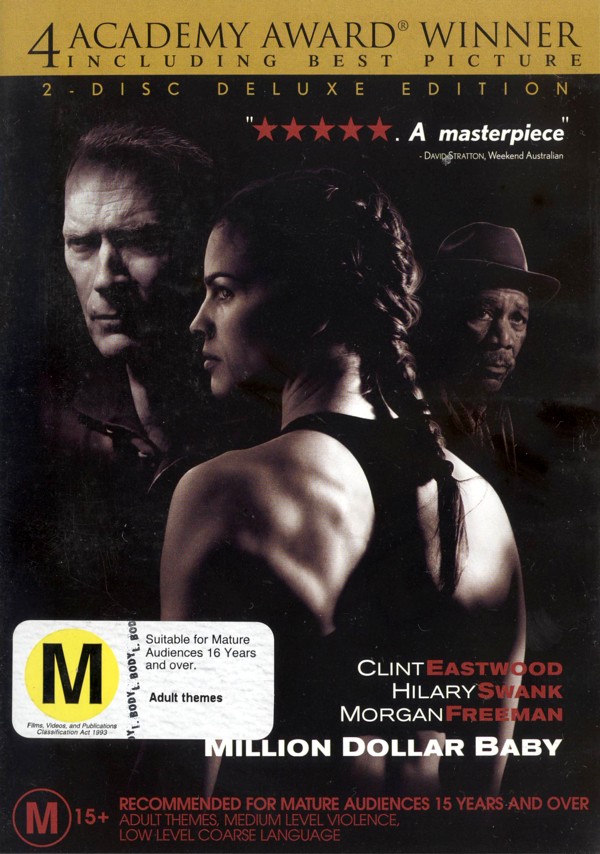 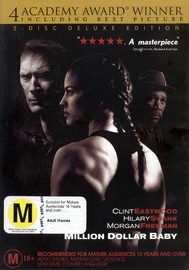 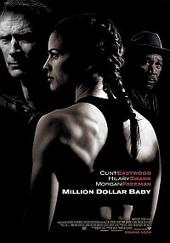 Eastwood plays boxing trainer, Frankie Dunn, a man who has become emotionally locked up and unable to allow himself to get close to anyone since a painful estrangement from his daughter. Frankie runs an LA gym with ex-boxer, Eddie Scrap-Iron (Morgan Freeman) who narrates the story.

Into Frankie's life walks Maggie Fitzgerald (Hilary Swank), a young woman whose life has been a constant struggle but who is determined to be a boxer – with Frankie as her trainer. Frankie tells her she is too old and that he does not train girls – but by sheer force of will, she wins him over and he takes her on.

Their relationship is both confrontational and inspiring for both as they head towards a championship match at which point tragedy strikes and the two discover that in each other they have been able to overcome the losses of their pasts.