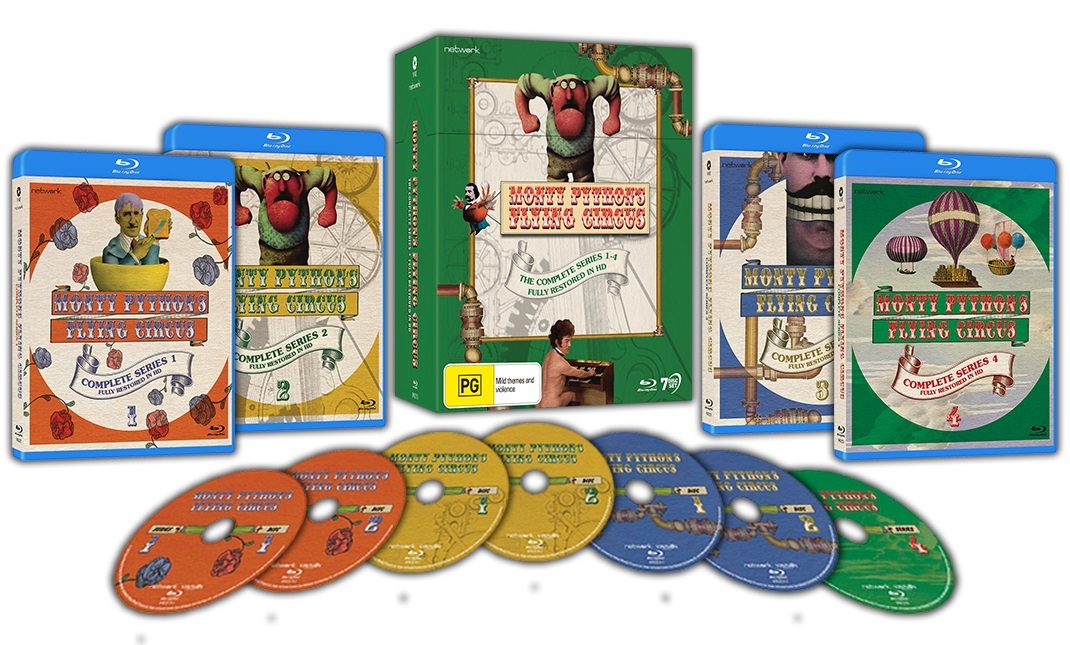 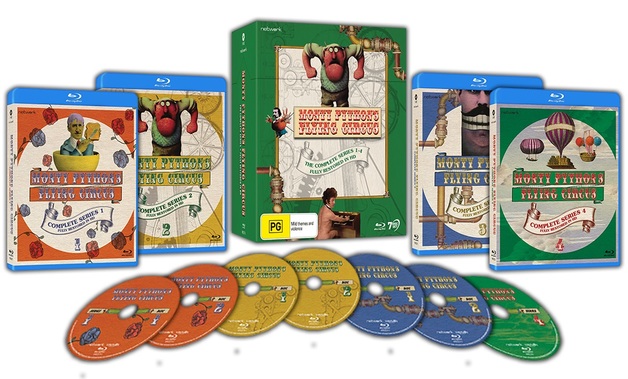 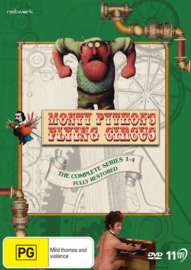 And now for something completely digital…

Years in the making, The entire original television series of Monty Python's Flying Circus has been fully rejuvenated for the first time. Sketches, some edited for timing, taste and copyright reasons, have been carefully restored to their intended length and the majority of Terry Gilliam's ani­mations have been newly scanned in High Definition and restored to a specification way beyond their original format. Hitherto unseen outtakes, film inserts and studio recordings have been retrieved, adding yet another dimension to this exclusive release. This is the ultimate television restoration and a must for every generation of Python fan.