My House in Umbria 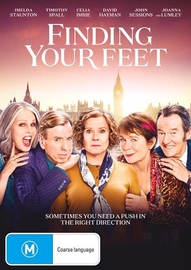 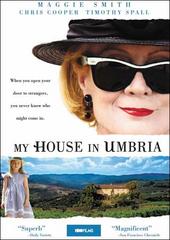 My wife thoroughly enjoyed this flick

Mrs D, a retired author lives in the Province of Umbria, a bit North of Rome. She is host to many interesting characters looking after her wine, food and flowers in the garden. Umbria, is it a shade- Original meaning is abundance of water, from rain, here is the spring o the river Tiber. There is a Contrast between safely living and old age, between rigid rules and kindness, the old age of Mrs D and the adorable young Aimee, who is in her custody after a train disaster. How this develops is a tense secret of this entertaining moving movie, life is worth living despite rudeness's, while seeing it through, through the eyes of the romantically inclined, in the hazy days of Italian dolce far niente. Mrs D (Maggie Smith) and her young friend Aimee are the highlighting persons of this wonderful movie

Well worth the watch, with Maggie Smith in another brilliant role and Ronnie Barker showing a more serious side to his acting

Based on the acclaimed novel by William Trevor, My House in Umbria is a charming, evocative drama about a group of travelers in Italy who find solace and friendship after being thrown together by tragedy.

Falling neatly into the Enchanted April and Under the Tuscan Sun category, the made-for-HBO My House in Umbria boasts lovely Italian vistas and comforting Englishness. But it begins with a note of violence: on a train rolling through the sunny countryside, a terrorist bomb detonates, killing a handful of passengers. The strangers that survive recuperate at the villa of an eccentric but kindly romance novelist, also a survivor of the blast. She's played by Maggie Smith, who bustles through the role with a pleasing mix of gin and daffodils. Chris Cooper is an uptight American who comes to the villa to pick up his orphaned niece and bristles at the bohemian atmosphere. Director Richard Loncraine maintains the melancholy mood amidst the sun-dappled gardens of Umbria, but Smith really holds the film together with her authority and slightly tipsy humor. --Robert Horton