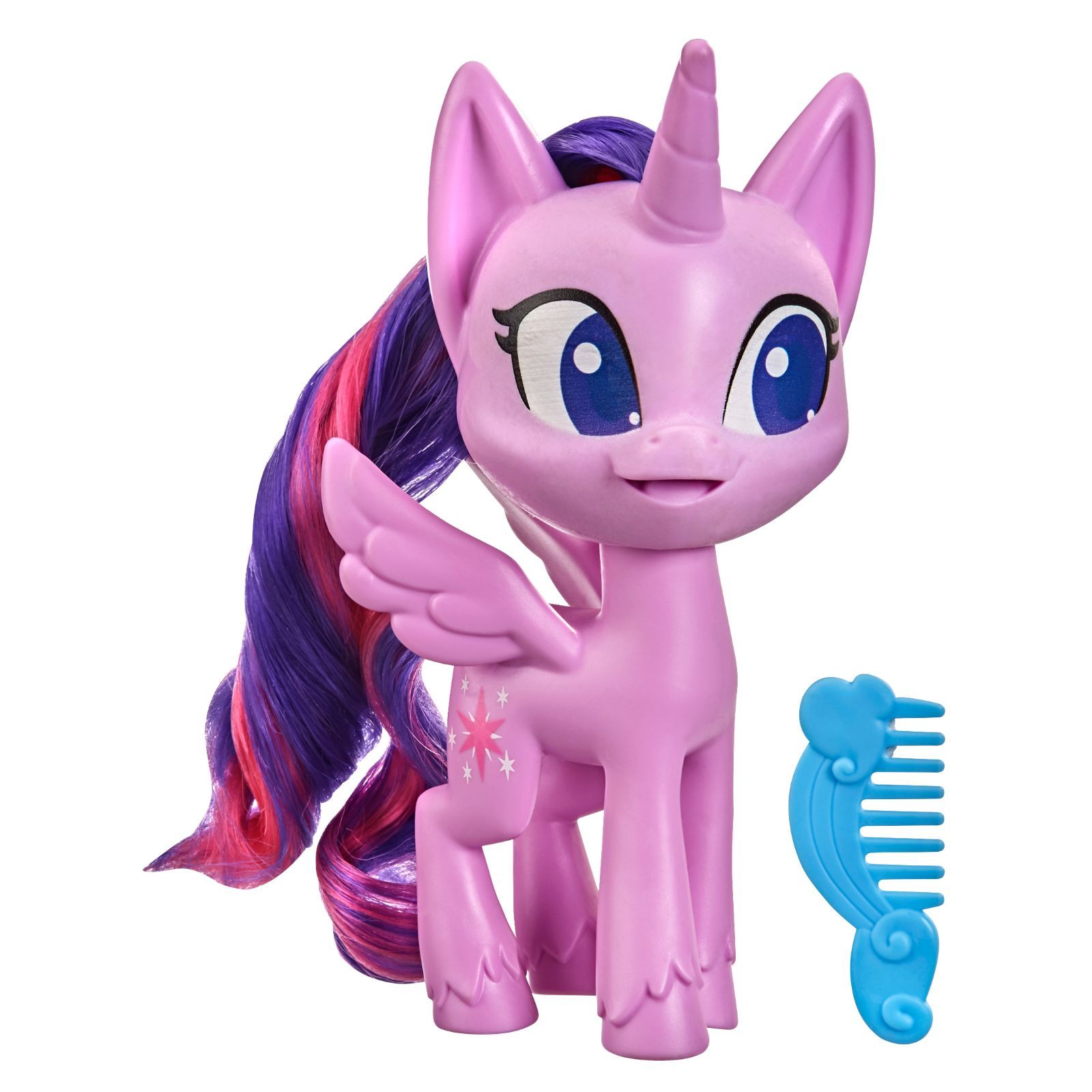 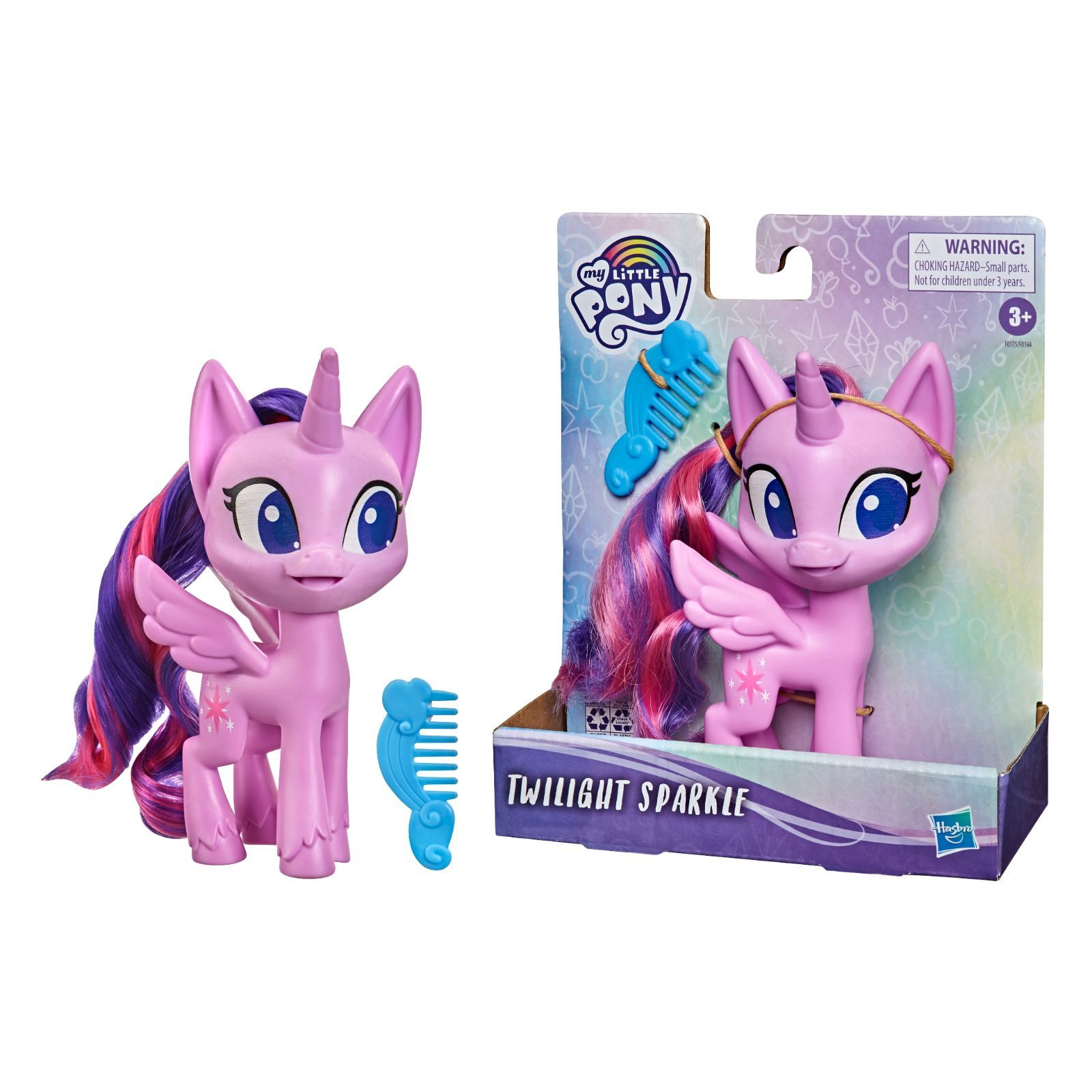 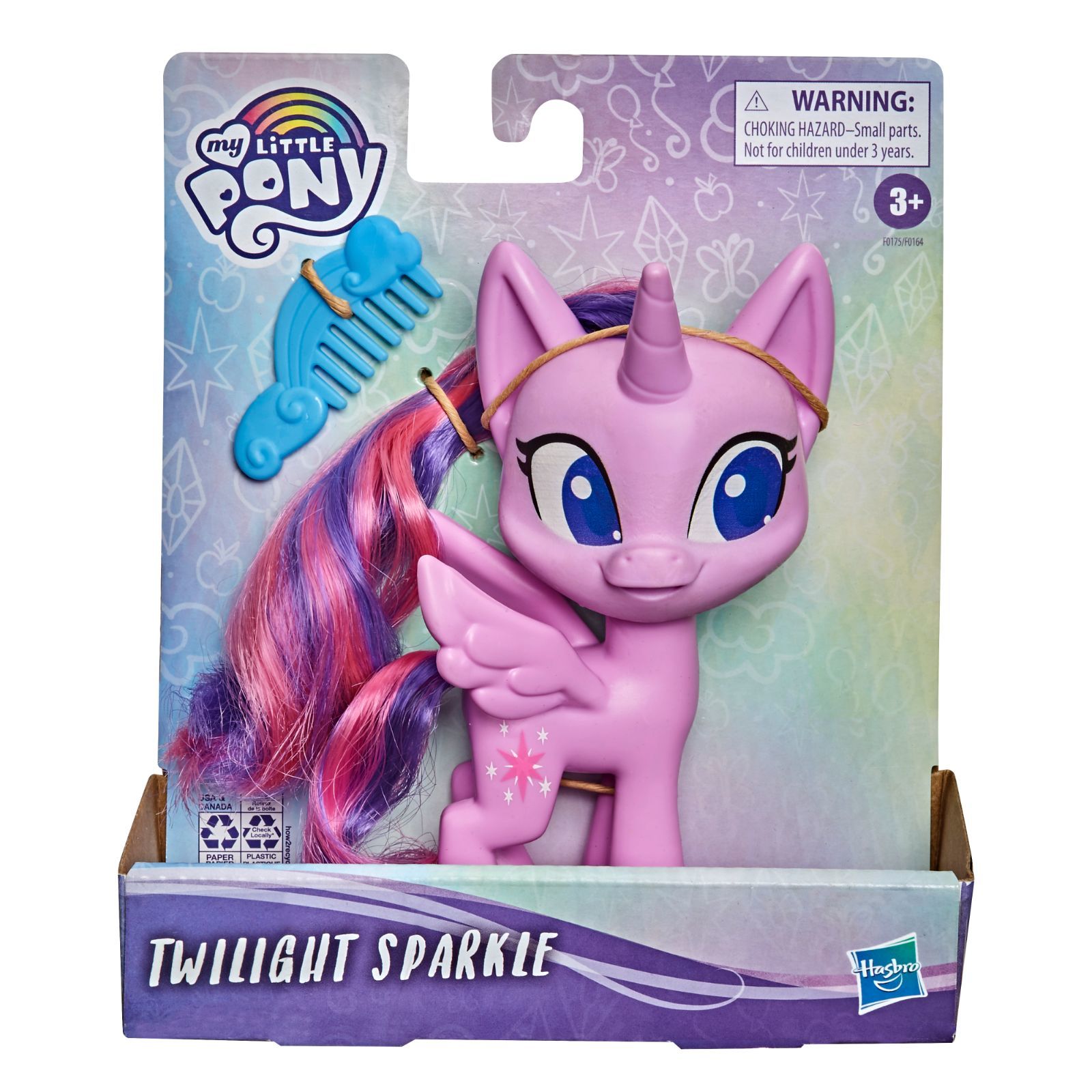 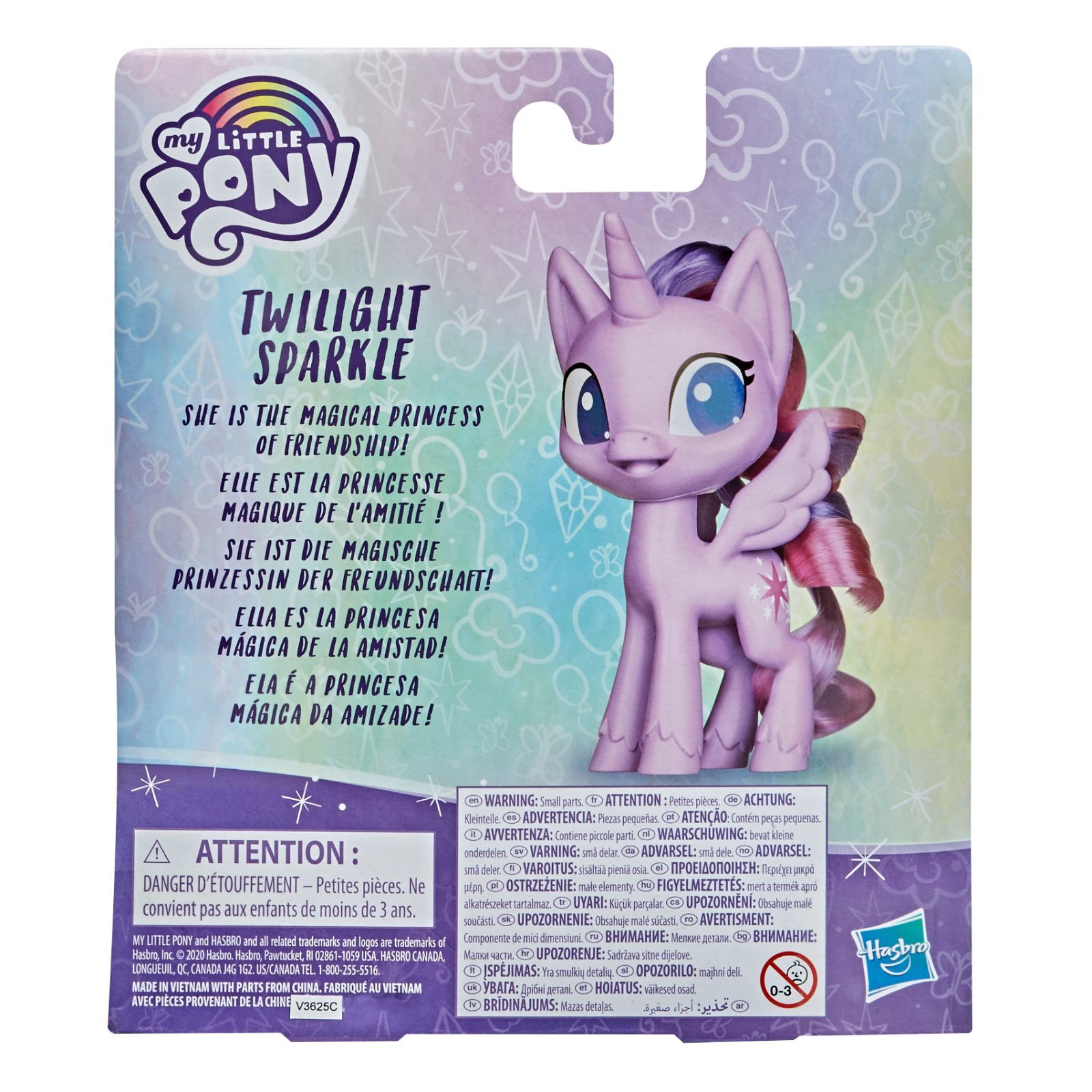 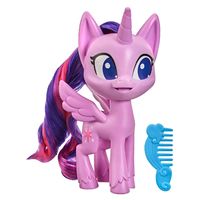 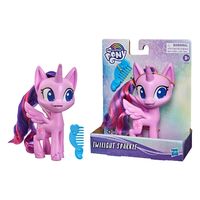 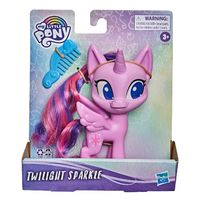 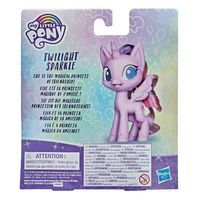 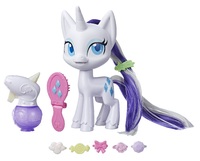 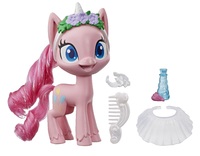 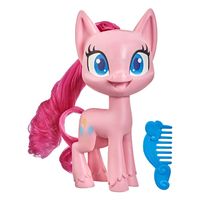 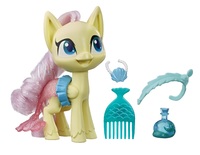 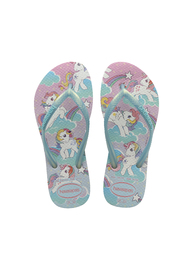 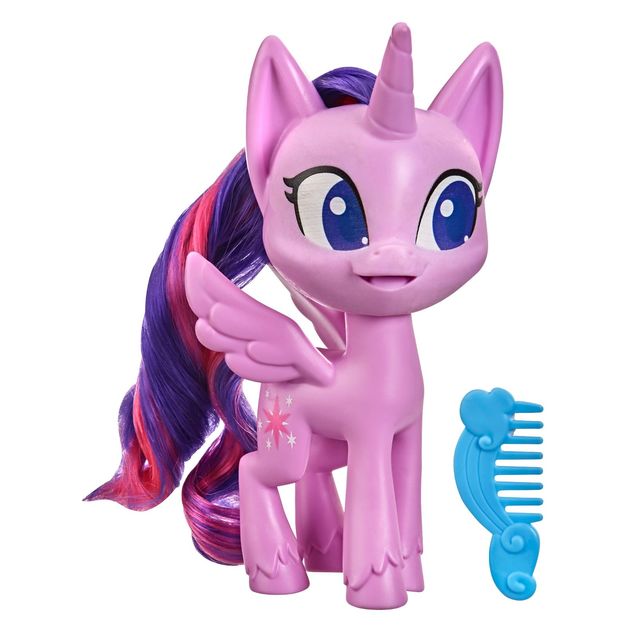 Imagine magical adventures with Twilight Sparkle! When Twilight Sparkle was sent to Ponyville to learn about friendship, she became such a master at it she was crowned the Princess of Friendship. Whether she’s studying a book or discovering the magic of making friends, she always learns something new.

This Twilight Sparkle 6-inch figure is a purple pony toy with a purple mane and tail with pink streaks. Figure comes with a comb accessory for styling her long brushable hair! Twilight Sparkle Pony Friend features a large-scale, reimagined form factor for a fresh and adorable take on the character's o­riginal design in My Little Pony entertainment. Look for 6-inch Pinkie Pie and Rainbow Dash figures to imagine adventures in Equestria! (Each sold separately. Subject to availability.)

Suitable for ages 3 & up