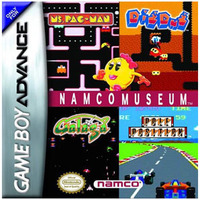 I got it solely for Galaga!