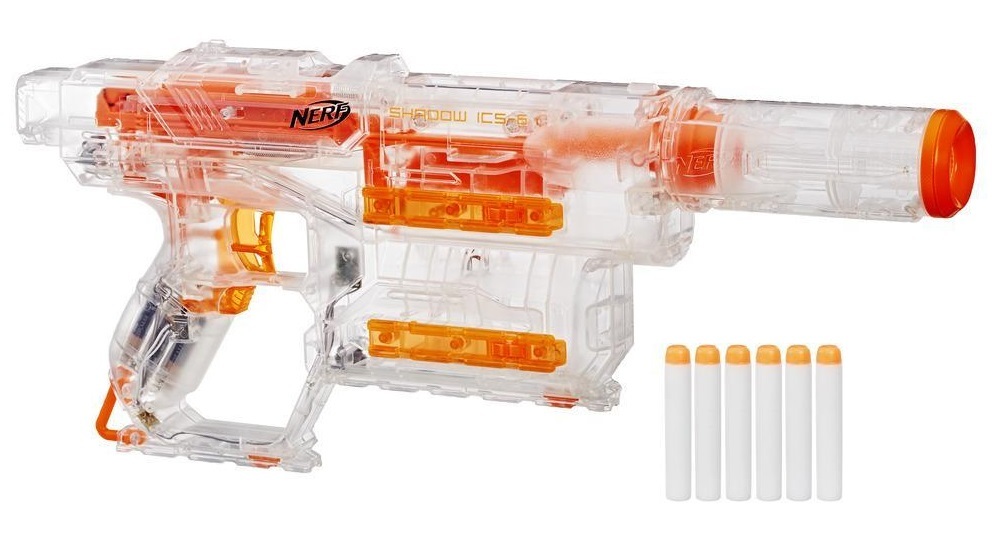 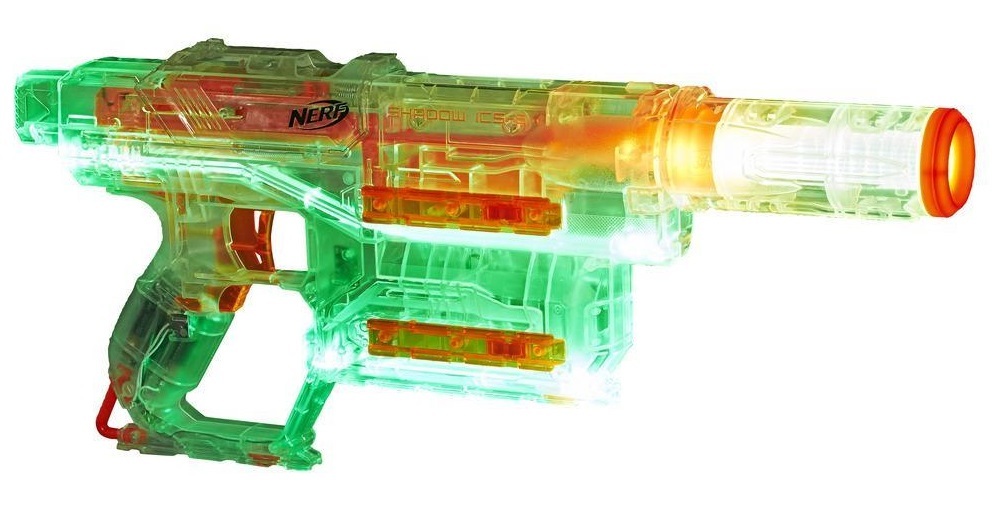 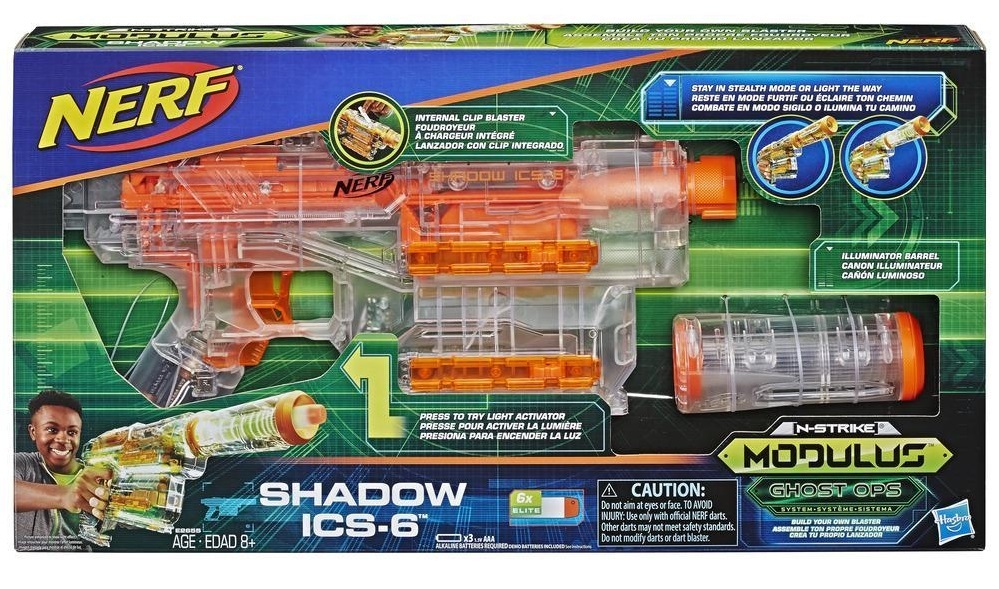 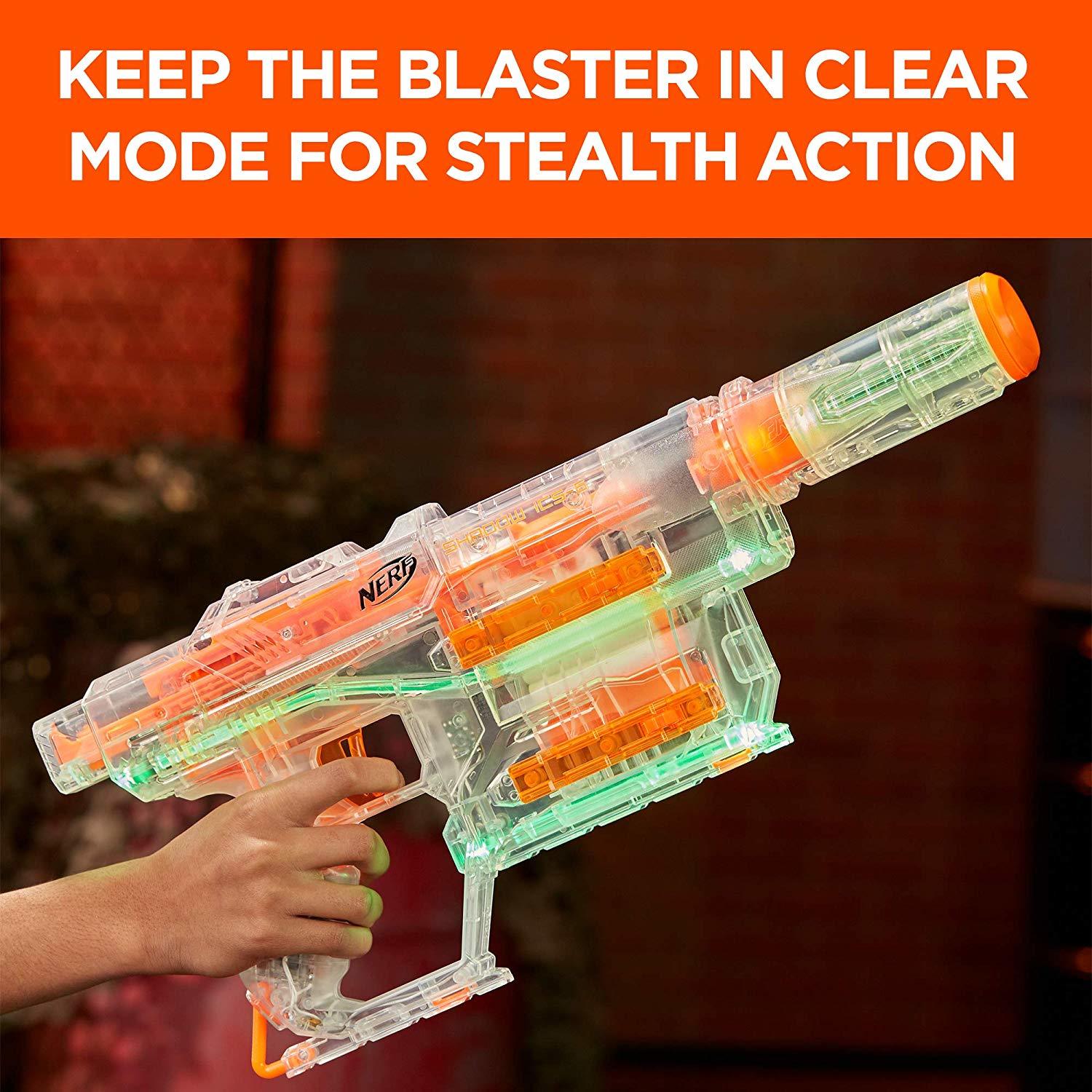 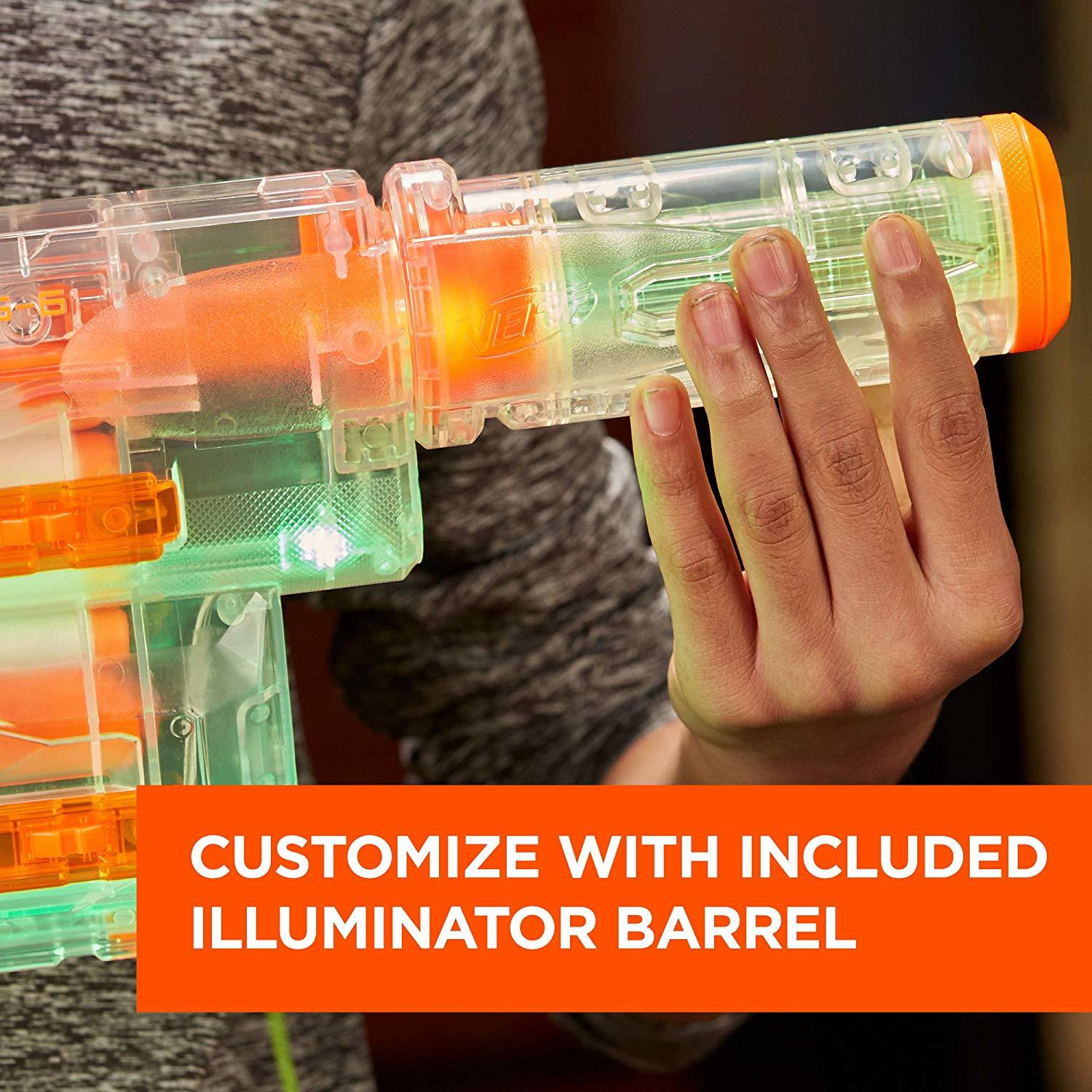 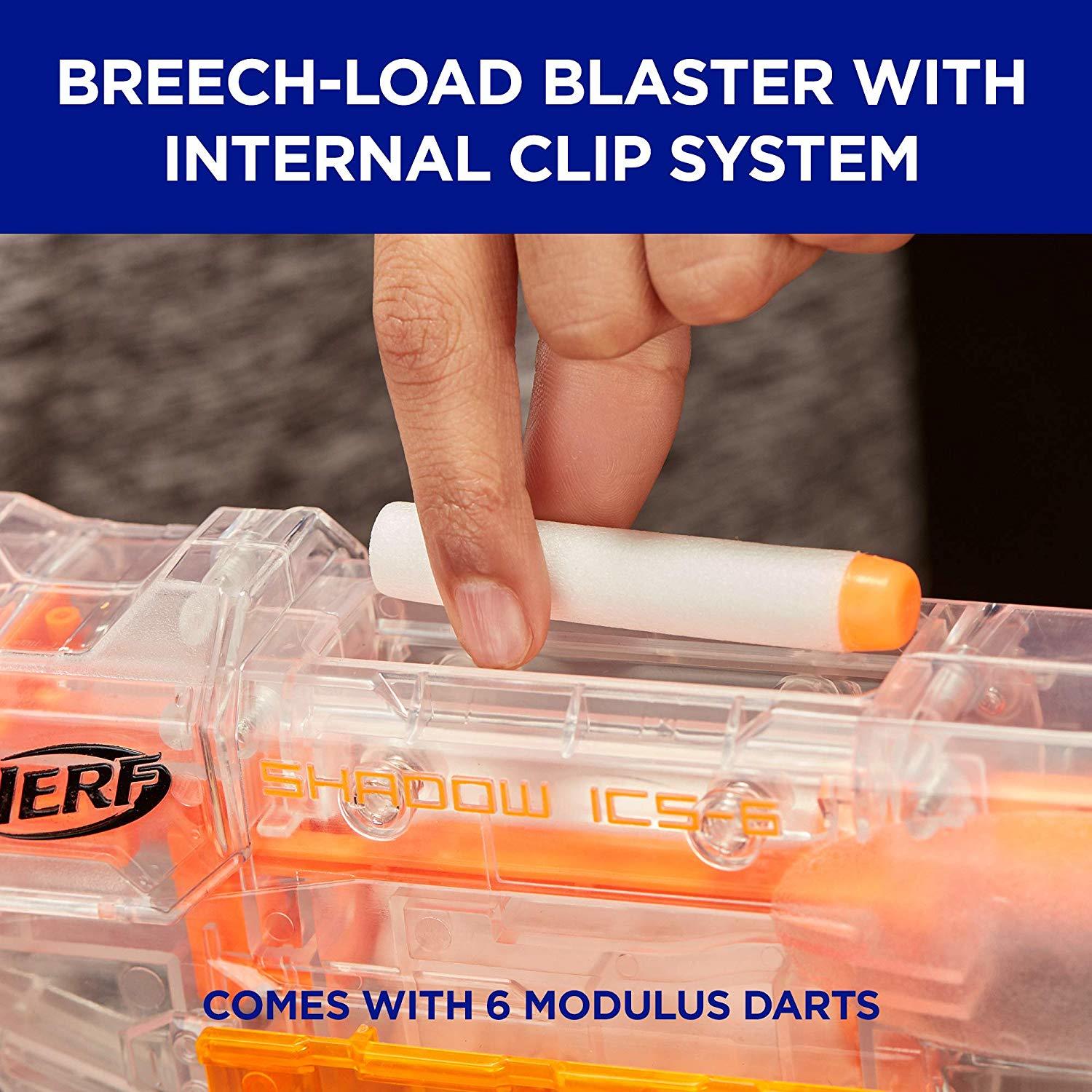 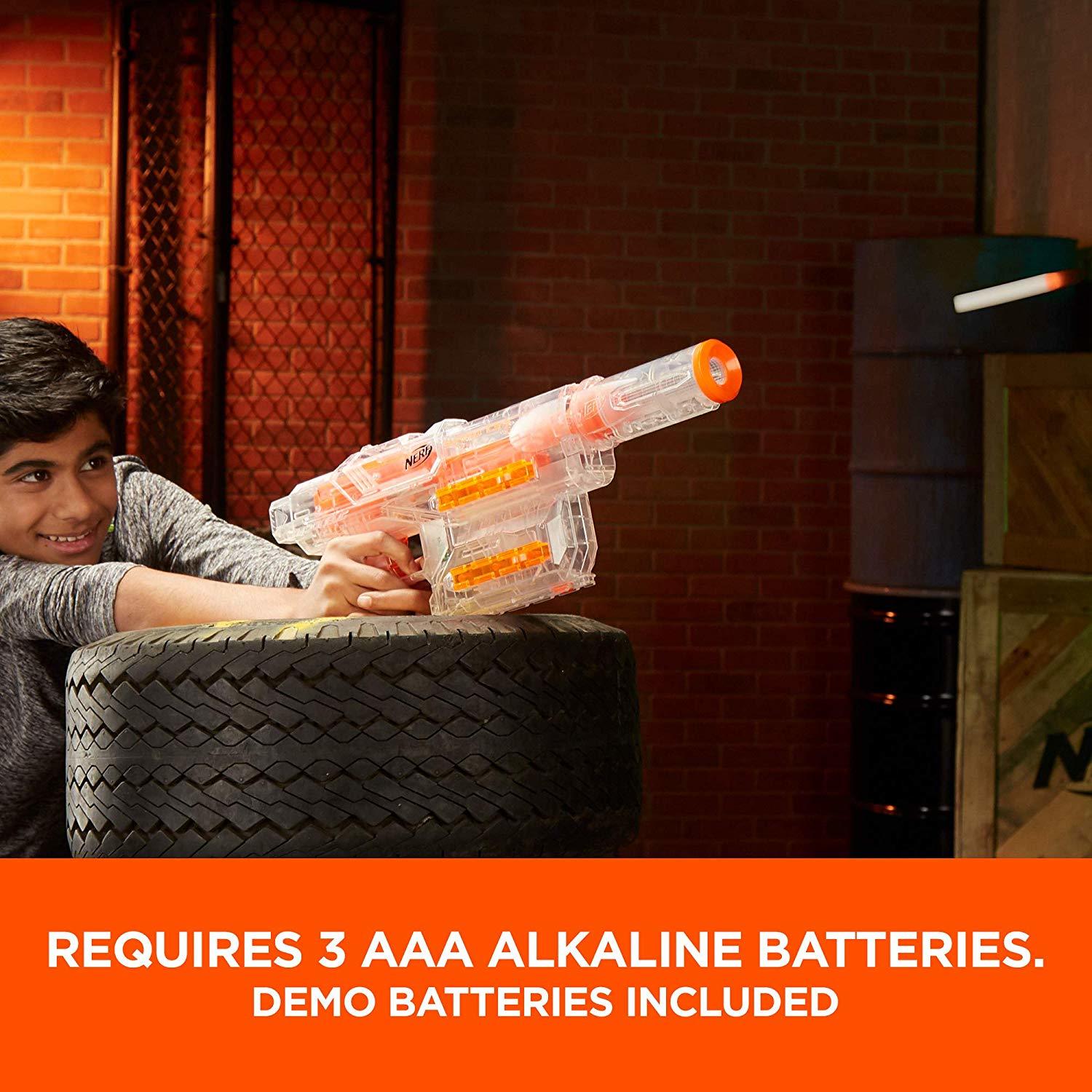 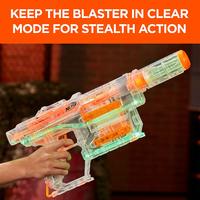 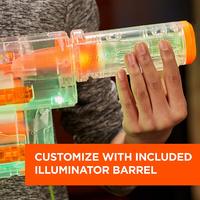 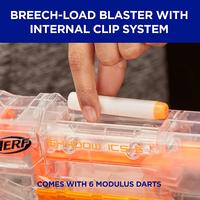 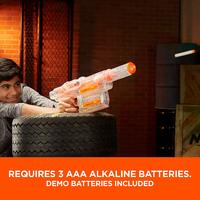 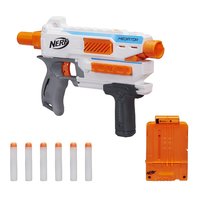 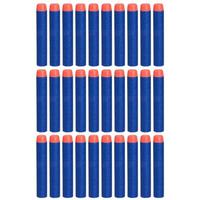 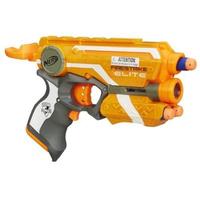 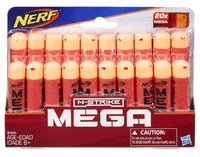 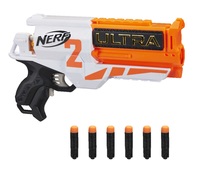 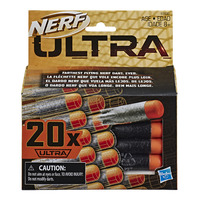 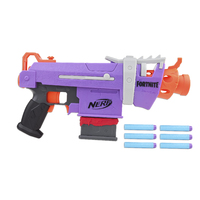 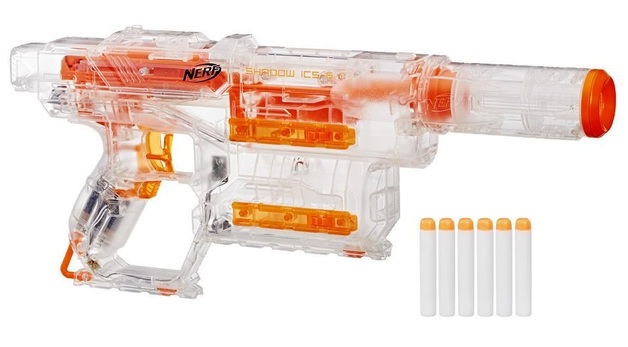 It features a clear housing that illuminates when the light activator is pressed. Keep the blaster clear to stay in the shadows for stealth action. Illuminate the blaster to lead the way during low-light missions. Customize the Shadow ICS-6 blaster with the included illuminator barrel, which lights up when the blaster is illuminated. This breech-load blaster has an internal clip system that can hold up to 6 darts. Load the darts, prime, and pull the trigger to fire 1 dart.

It comes with 6 Modulus darts. Attach Nerf Modulus system accessories to the 4 tactical rails and the stock attachment point to modify the blaster. The Shadow ICS-6 blaster is part of the Ghost Ops series of blasters and upgrades. With the entire Modulus system, more than 1000 combinations are possible! (Blasters, upgrade kits, and accessories each sold separately).

Suitable for ages 8 & up

Caution: Do not aim at eyes or face.
To Avoid Injury: Use darts designed for this product. Do not modify darts or dart blaster.
Warning: Choking Hazard: Small parts may be generated. Not for children under 3 years.