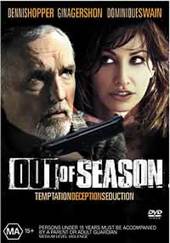 When a young drifter is forced to stay the winter in a small seaside town, he inadvertently becomes the catalyst for deceit, double crossings and murder amongst the locals. Pierre Walker was getting ready to leave his small town after a summer of working at the fun park. His plans were disrupted when he meets Kelly, who steals his money and introduces him to Simeon, the double crossing town “handyman” who eventually offers Pierre the job of a lookout man during various burglaries. During one attempt, Pierre gets caught by Harry who takes him under his wing and offers to show him the real art of burglary.