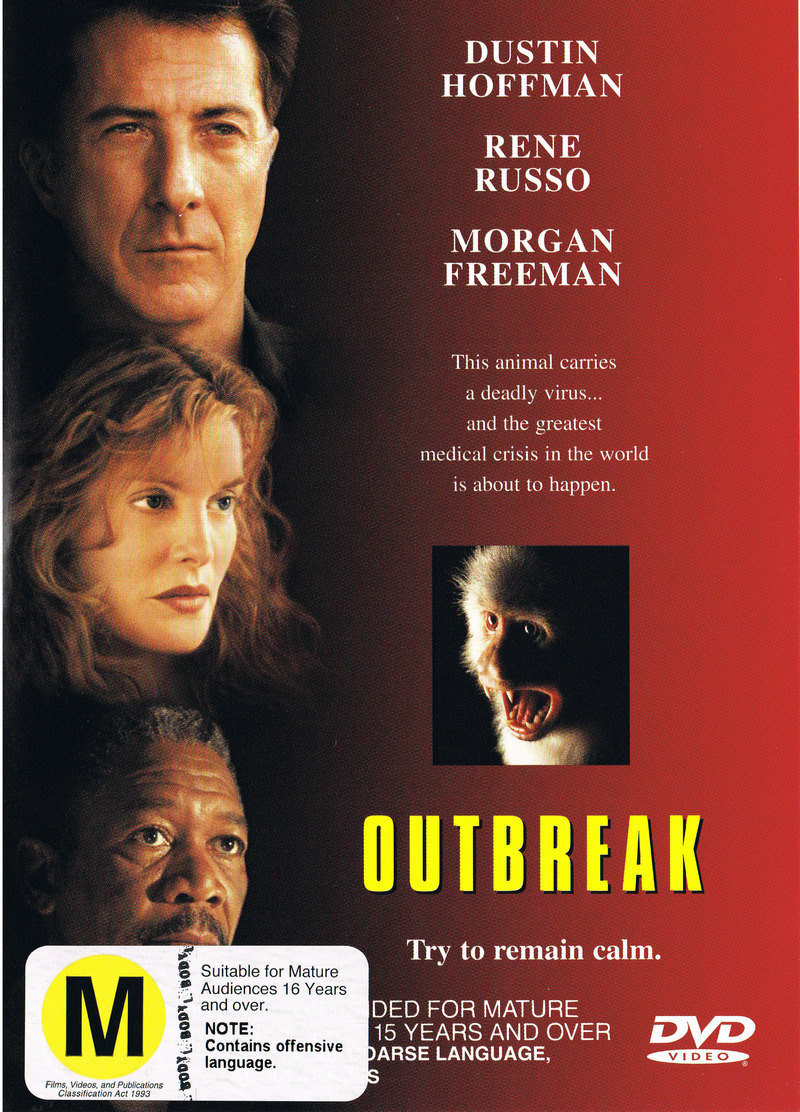 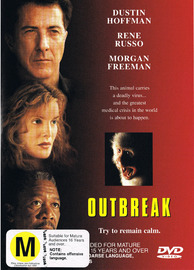 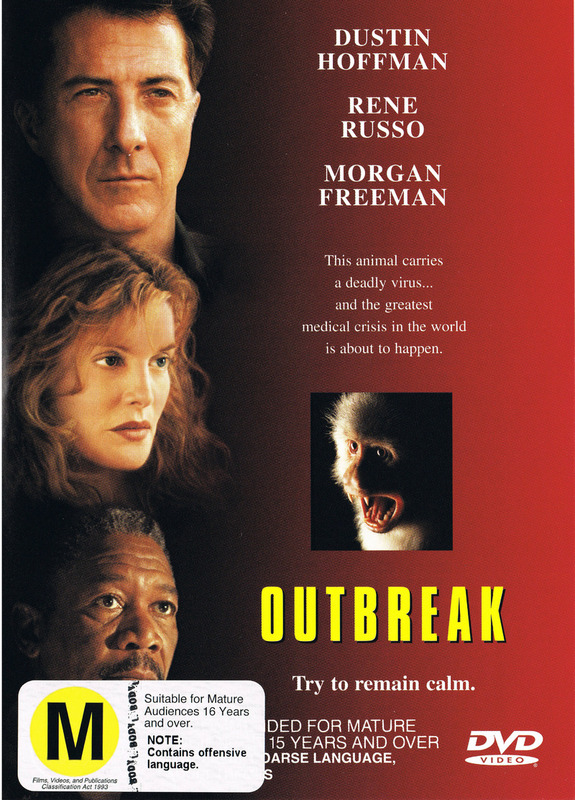 This is a great movie… with an impressive cast. I first saw this when it first came out – almost 20 years ago! Realistic medical thriller and still topical today. Slightly predictable ending, but still a good story never the less.

A really, really good film which is not too OTT in it's facts and it highlights just how easily a virus of this kind could surface in the western world. Dustin Hoffman is brilliant and Morgan Freeman is good in it too.

Overall it is definitely worth watching for those who like a doomsday style movie.

A movie that can be considered as a ‘true horror’ movie where a virus can affect mankind with devastating results and high mortality rate.

This is not a fast action movie but it borders on being considered, a documentary movie. A must-have for those who are interested in science and nature.

Catch the fever of “one of the great scare stories of our time” (Roger Ebert) as Dustin Hoffman, Rene Russo and Morgan Freeman race to save life on earth when an unstoppable killer virus hits our shores.

“When Warner Brothers was unable to secure the rights to Richard Preston's terri­fying nonfiction book The Hot Zone (purchased by a rival studio), they took the basic idea of a fatal virus on the loose in the U.S., added Dustin Hoffman and director Wolfgang Petersen (Das Boot), and produced an unusual thriller–a surprise hit–called Outbreak. The other picture, slated to star Robert Redford and Jodie Foster, fell through. The premise of Outbreak, which owes something to Elia Kazan's 1950 plague-scare movie, Panic in the Streets, is as terrifying as it is timely. As developers slash their way deeper into the previously unexplored tropical rainforests, they are exposed to radically new forms of life, including diseases, that in these days of commonplace international travel could turn into deadly epidemics almost before we know it. Hoffman's character and his estranged wife (Rene Russo) are disease experts called in to identify the unknown killer, which was carried into the country by an illegally smuggled monkey. The best sequence shows the disease spreading–through recycled air on a passenger jet, or a sneeze in a crowded movie theater. The final chase is pretty conventional, but the cast is terrific, including Morgan Freeman, Kevin Spacey, Donald Sutherland, Cuba Gooding Jr., J.T. Walsh, and Zakes Mokae.” –Jim Emerson