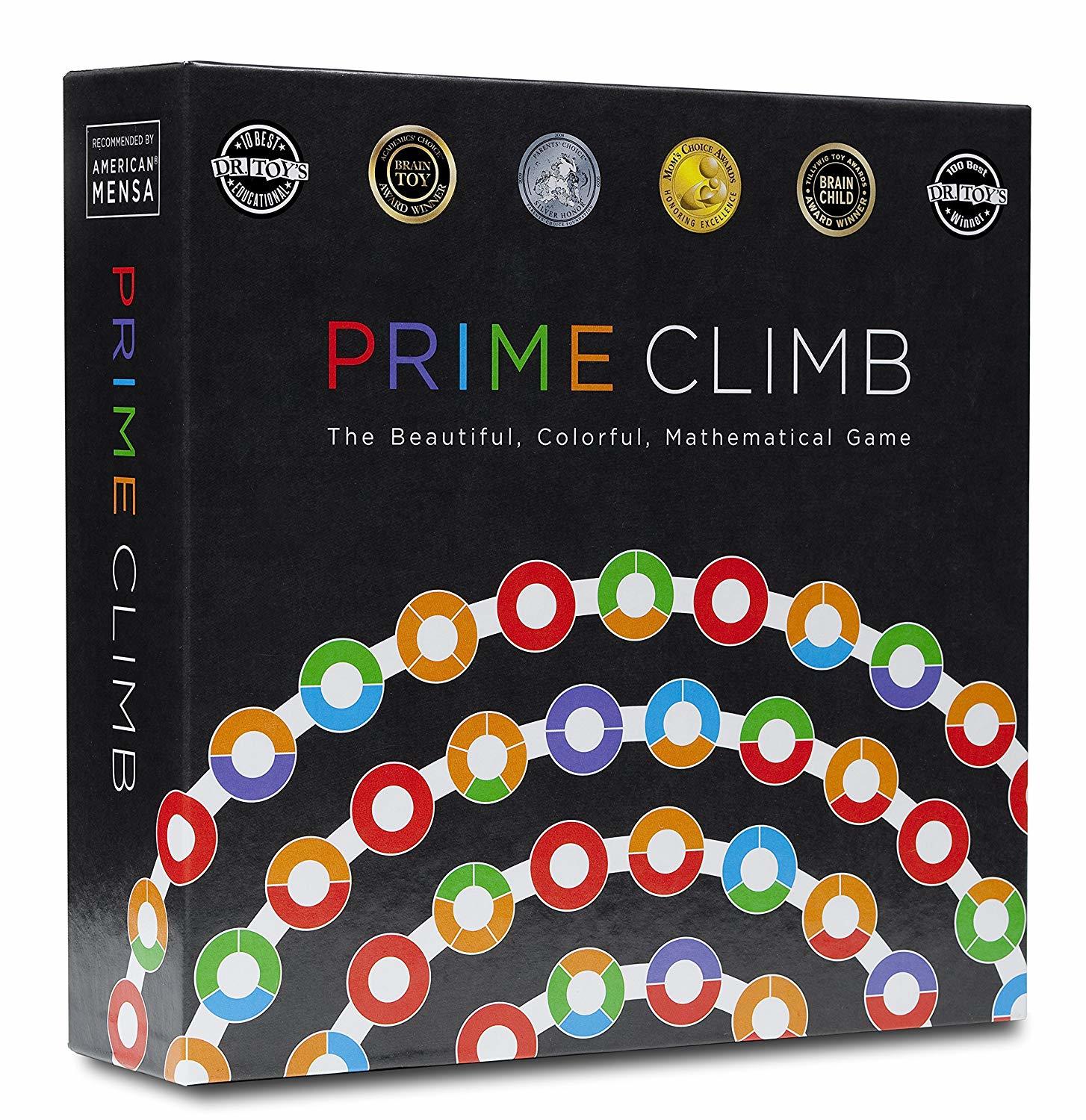 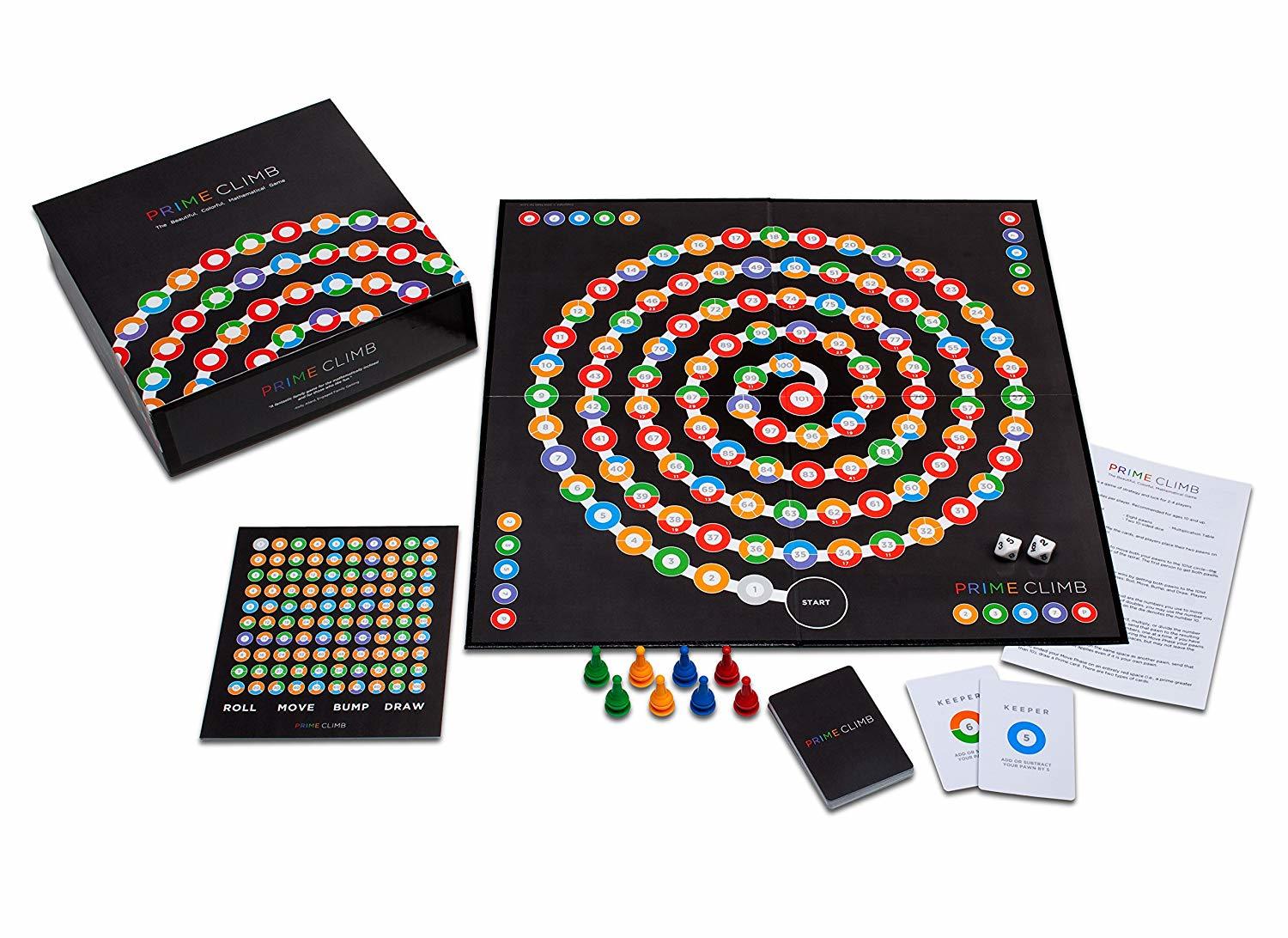 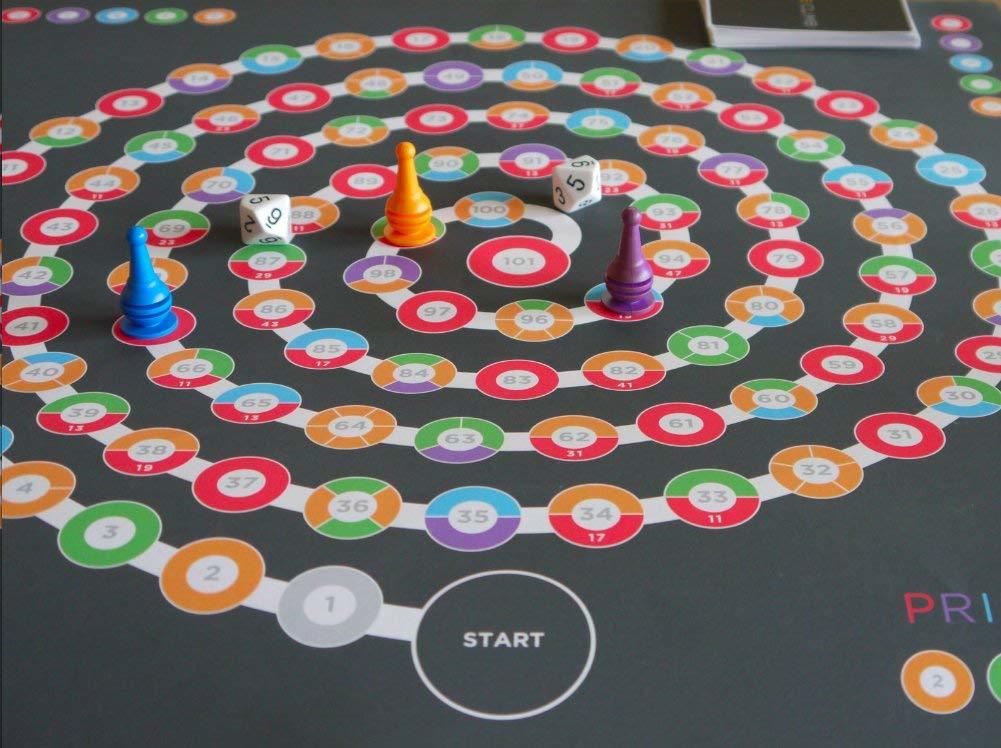 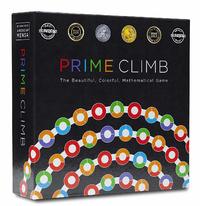 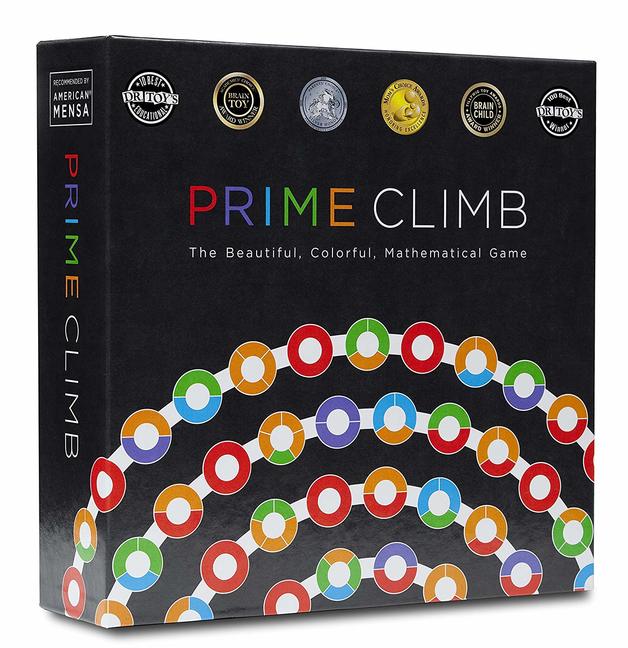 *Prime Climb is a new board game that uses arithmetic to open a beautiful world of possibility. Players race to be the first to get to the center of the board while avoiding getting knocked back to the start by other players. Highlighting the power of the prime numbers, Prime Climb is mathematical, deep, creative, and fun.**

Each player controls two pawns that start at the 0 circle. Players take turns rolling two 10-sided dice and applying the values to their two pawns using any of the four basic arithmetic operations: addition, subtraction, multiplication, and division. The first to get both pawns into the 101 circle exactly wins the game! Be careful: if another player lands on you, you get sent back to the start. Along the way, players who land on the red circles collect Prime cards—some are helpful now, some are helpful later, and a few are trouble!