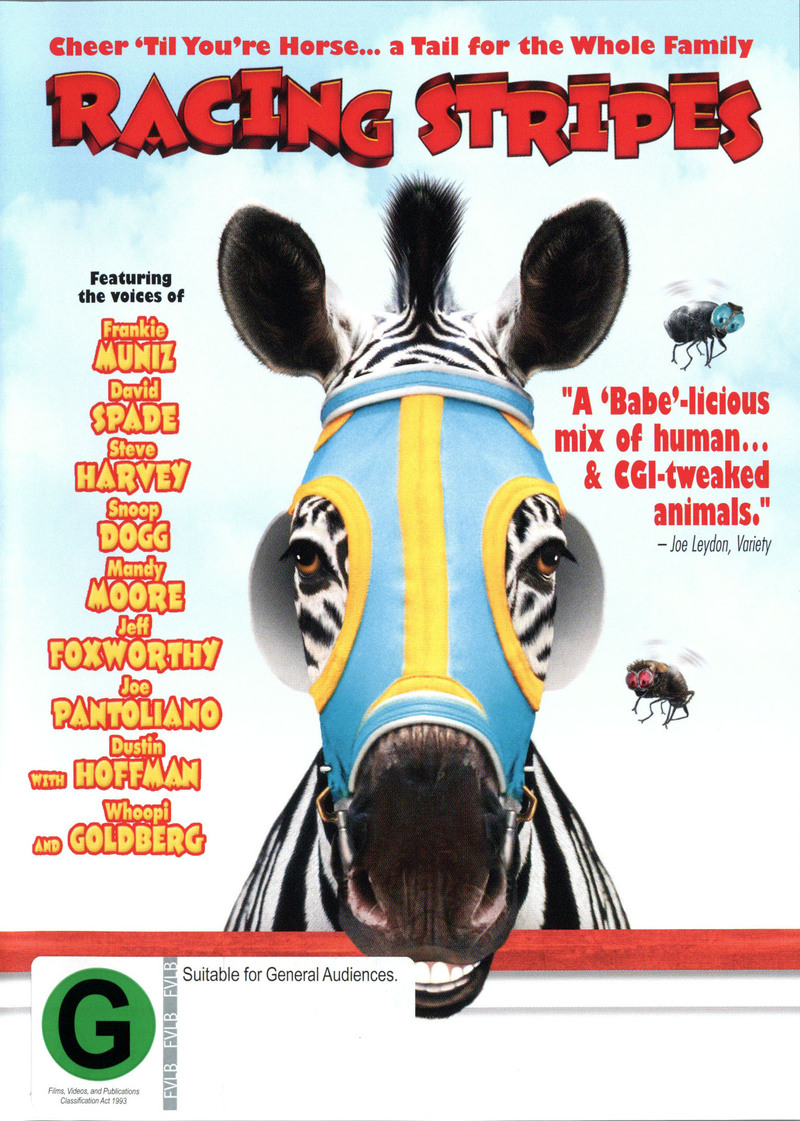 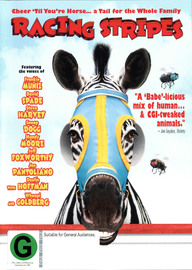 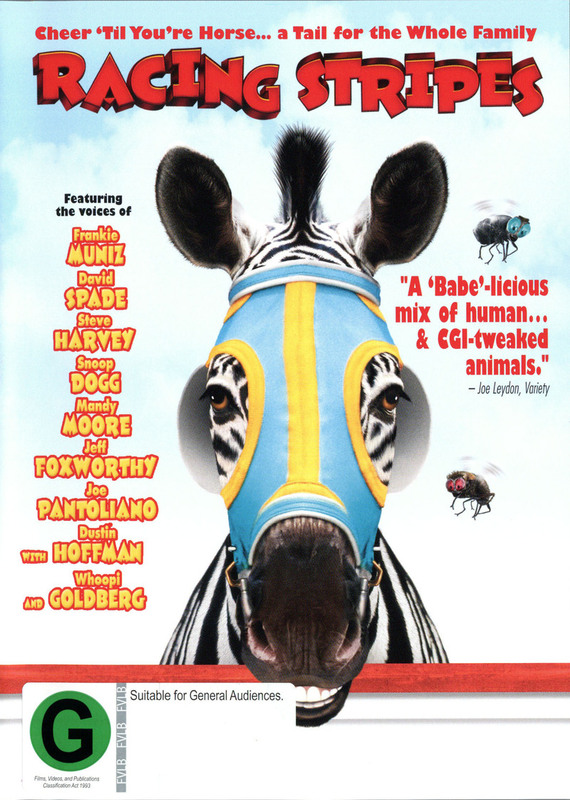 Racing Stripes is a very enjoyable movie. Loved by all my Granchildren, it tells the story of someone who is different yet beats the odds. My advice is to watch it with an open mind then you will enjoy it all that much more. It teaches us that nothing is beyond your dreams you just have to have the determination and fight to beat those that would keep you from achieving your Dream.

Racing Stripes tells the story of a baby zebra named Stripes who is accidentally abandoned during a rainstorm and found by horse trainer, Nolan Walsh (Bruce Greenwood). Nolan takes him home to live with him and his daughter, Channing (Hayden Panettiere) on their Kentucky farm and the confused zebra grows up believing he is a racehorse.

Stripes (voiced by Frankie Muniz) is convinced he is destined to race and Channing, his best friend, shares a similar ambition she dreams of being a jockey in the prestigious Kentucky Open – but her protective dad refuses to let Channing compete because he believes it is too dangerous.

In the meantime, Stripes has to endure the taunts of some of the neighbouring thoroughbred horses who ridicule him about his appearance, but in his barnyard friends he has a real support group. Among these are Franny (Whoopi Goldberg) a sweet old motherly goat with a sharp tongue; Tucker (Dustin Hoffman) a cranky and stubborn Shetland pony who is a softy at heart; Goose (Joe Pantoliano) a deranged pelican and wannabe mobster; Reggie (Jeff Foxworthy), a pea-brained rooster; Lightning (Snoop Dog) a bloodhound so lazy he won't even wag his tail and Buzz and Scuzz (David Spade and Steve Harvey) two irritating horseflies.

Stripes knows that if he got the chance he could leave the other horses in his dust but with the help of his friends, he must first overcome the prejudice of the snooty thoroughbreds and Channing must win over her father.