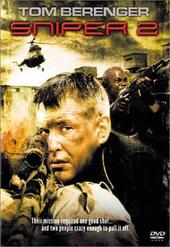 Tom Berenger and Bokeem Woodbine star with Dan Butler, Linden Ashby and Erika Marozsan in the action-packed sequel to one of the most intense and explosive thrillers of all time! Sergeant Thomas Beckett (Berenger) is back – and this time he's teamed up with a death row inmate named B.J. Cole (Woodbine) on a suicide mission to the Balkans.

Their target: a rogue general accused of running a stealth operation of hit-and-run ethnic cleansing missions in an area known as “No Man's Land.” But when Beckett discovers that the government is using him as a pawn in a bigger mission, the body count grows and the bullets really start to fly!