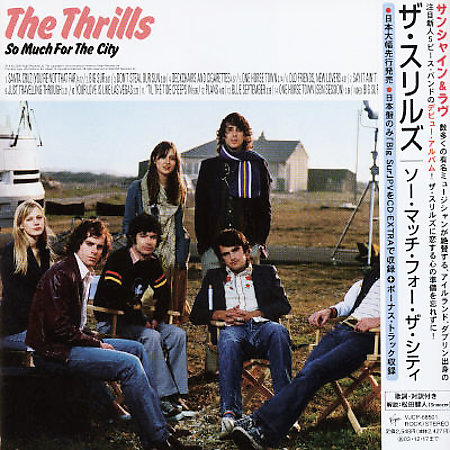 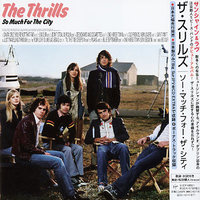 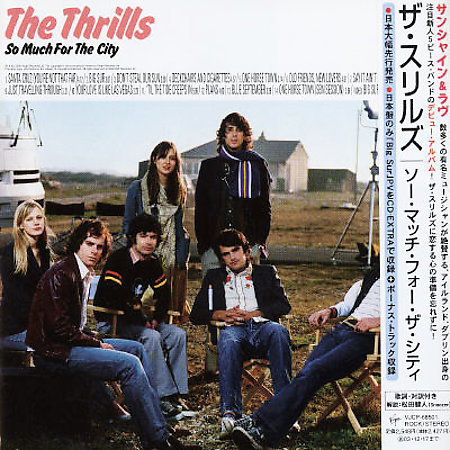 On their 2003 debut, the Thrills wholeheartedly embrace the sunny sounds of 1960s and '70s West Coast rock and pop. Although certainly not the first band to look west for musical inspiration, what makes the band a particular curiosity is that it hails from Dublin, Ireland, a city half a world away in both location and atmosphere. Clearly these Irish lads have romanticized California, as apparent on harmony-laden tunes such as the enthusiastic opener "Santa Cruz (You're Not That Far)" and the lilting "Big Sur," which showcase frontman Conor Deasy's amiable, laid-back vocals. While nods to the Beach Boys, the Byrds, and Buffalo Springfield abound, the group is capable of incorporating its influences without being entirely beholden to them, as on the bouncy, twangy "Don't Steal Our Sun" and the sleepy "Hollywood Kids." Although some listeners may have a hard time getting around the blatant homage, SO MUCH FOR THE CITY proves to be charmingly earnest and entertaining in its quest to evoke a blissful La-La Land vibe from decades past.