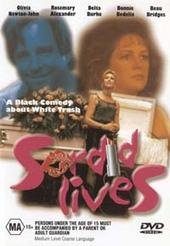 Sometimes it takes a death to bring the family together. In this case its Peggy“ grandmother, sister, Aunt and illicit lover whoâs the deceased!

It turns out Peggy was carrying out a steamy affair with the very married G.W. Nethercott (Beau Bridges) in a seedy motel. It wasnât the luvin that did her in, it was G.Ws wooden leg on the way to the bathroom that caused the fall that caused the haemorrhage that caused Peggys daughters – Latrelle (Bonnie Bedelia) and La Vonda (Ann Walker) to start fighting, not about the inheritance, but whether momma should be wearing her mink stole, the one with the head still attached, when the weather is 100 degrees Fahrenheit!

On top of all of this Latrelle is still having trouble coping with her son having a slight case of homosexuality, La Vonda wants to get her brother out of the institution he has been in for 20 years after being struck downwith a case of preferring to dress like Tammy Wynette, and Noleta (Delta Burke) is on a mission of revenge – Thelma and Louise style, after she found out G.W. was cheatin on her!

Youre a cordially invited to join Latrelle, La Vonda, Noleta, G.W., Sissy, Brother Boy (aka Tammy Wynette), and Bitsy Mae Harling for Peggys funeral, but be careful theres still plenty of hilarious surprises before Peggy heads to the big trailer in the sky.