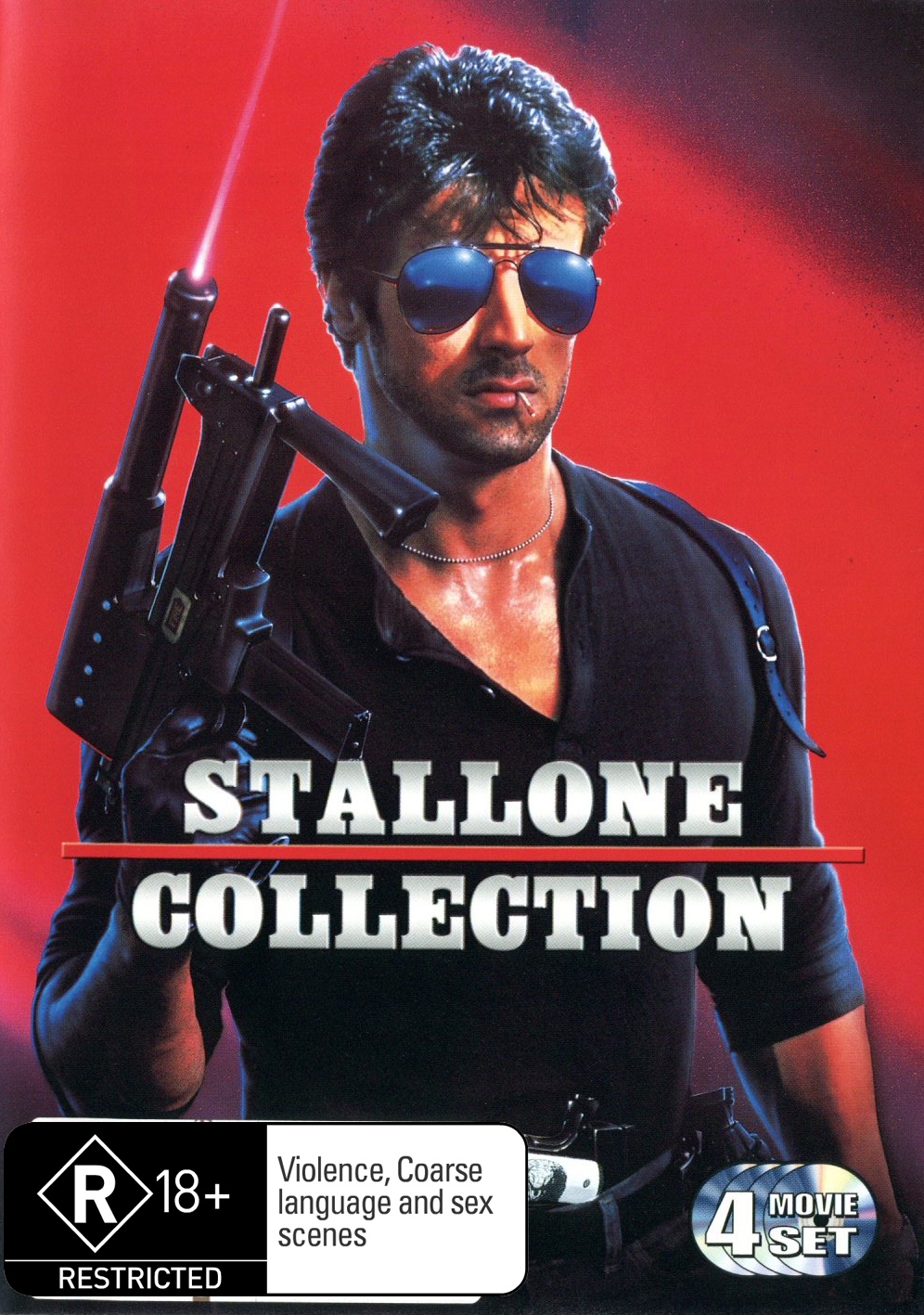 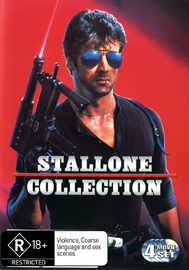 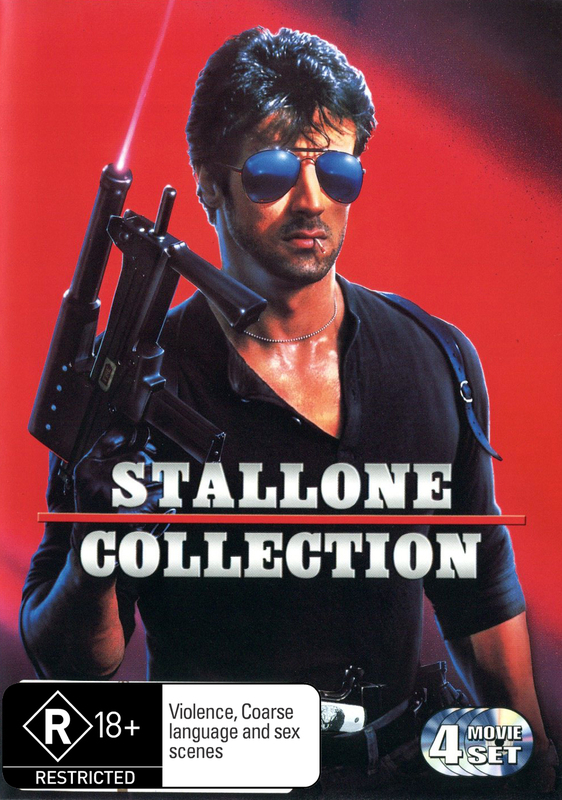 I forgot how boring he was, but dam are these some good movies!

Four of Sly's action-packed blockbusters are together for the first time in this Limited Edition Sylvester Stallone DVD Box Set!

The Specialist (1994)
Sharon Stone is May Munro, a beauty with a fatal past. She's sworn to death with the mobsters who murdered her paretns. To do the job she recruits ex-CIA explosives experts Ray Quick (Sylvester Stallone). Miami grows white-hot as May lures the killers and Ray detonates them into ashes. But a vicious mob boss, his brash son and a psychotic hard gun with a lethal grudge against Quick won't go without a fight. The passion the two avengers share can't hide Ray's ominious questioon. Is May falling for him…or setting him up, too?
Director: Luis Llosa, Stars: Sylvester Stallone, Sharon Stone, James Woods, Rod Steiger, Eric Roberts
English Dolby Digital 5.1, Subtitles: English, Arabic, English – HI, Anamorphic Widescreen 1.85:1

Assassins (1995)
Robert Rath (Sylvester Stallone) is the best hitman around, but the code and sense of duty that once were a part of his deadly career are lost in a post-Cold War world of free-lance guns. He wants out. Not so Miguel Bain (Antonio Banderas), a driven killer who knows how to claim the top spot of his shadowy profession: eliminate Rath. Also stars Julianne Moore.
Director: Richard Donner, Stars: Sylvester Stallone, Antonio Banderas, Julianne Moore, Anatoli Davydov
English Dolby Digital 5.1, Subtitles: English, Arabic, English – HI, Anamorphic Widescreen 1.85:1