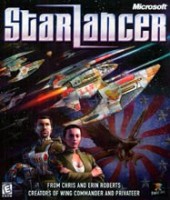 A futuristic combat simulation game that combines the action of a 1st person space shooter with the drama and intrigue of a classic air combat movie. War rages across the solar system. Our bases are being systematically destroyed. Our command infrastructure is nonexistent. We're attempting to regroup at Oberon. The Alliance needs all capable pilots to report to Oberon immediately to form the 45th Volunteer squadron. The 45th, along with the remnants of what remains of the Alliance fleet, will be our last vanguard. It will be on Oberon that we make our final stand against the Eastern Coalition fleets. Failure…is not an option.