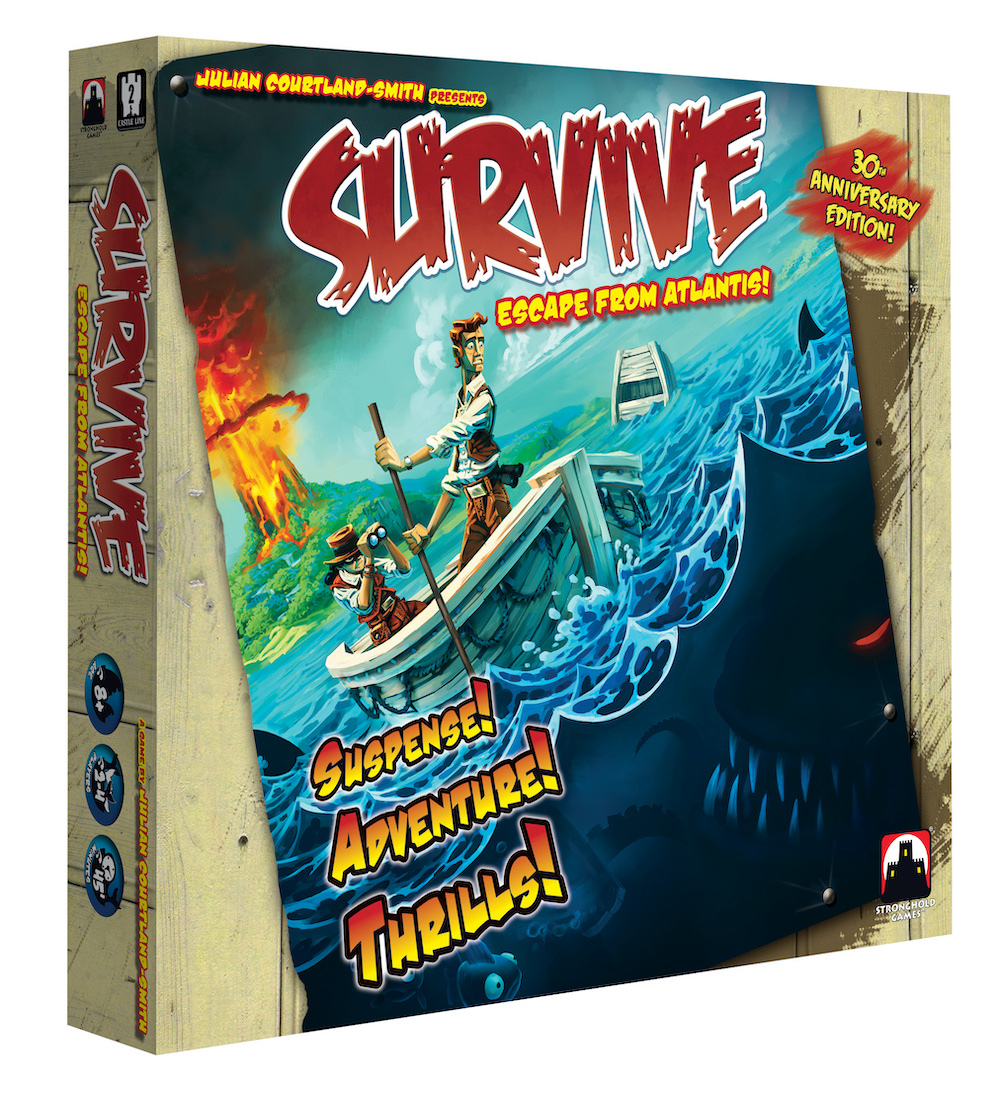 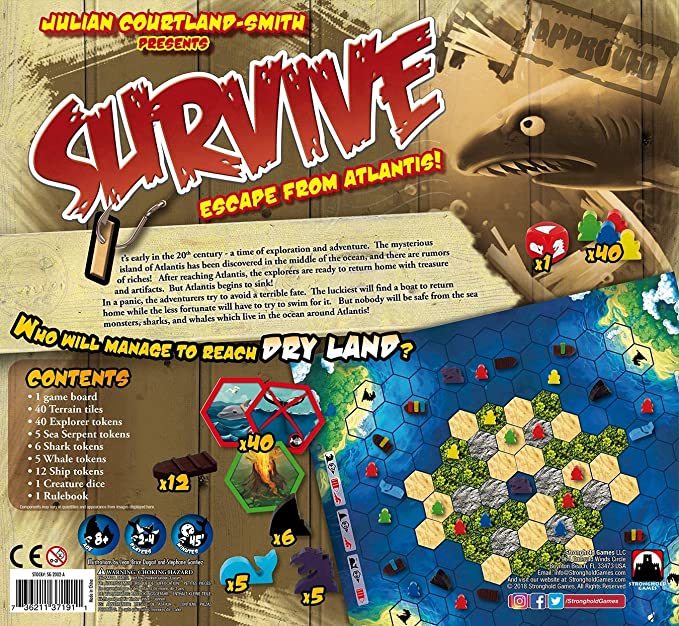 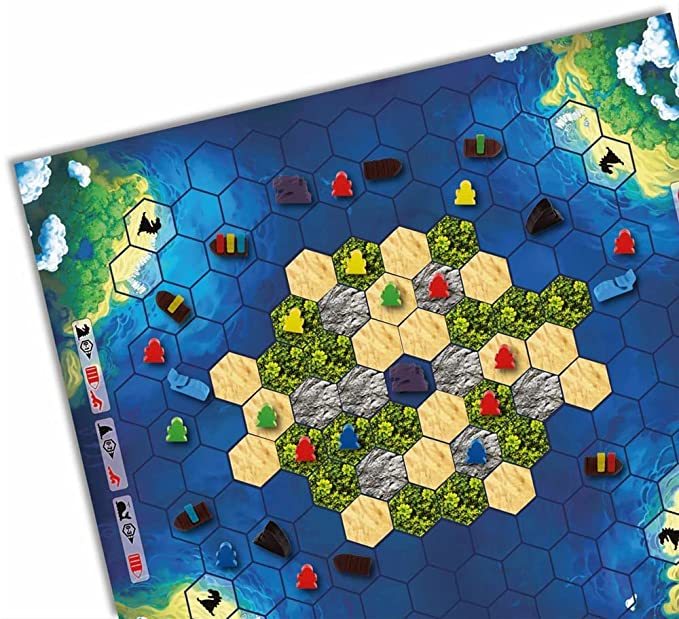 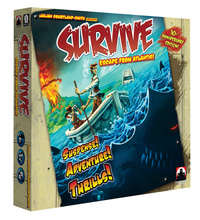 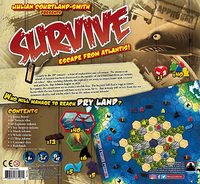 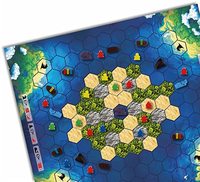 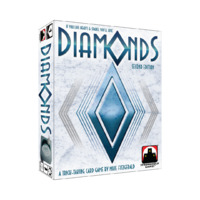 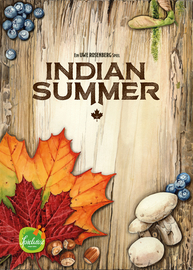 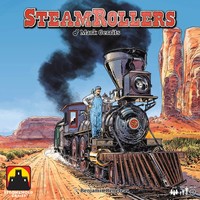 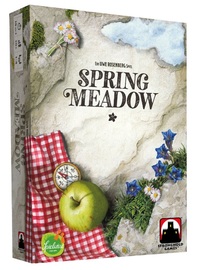 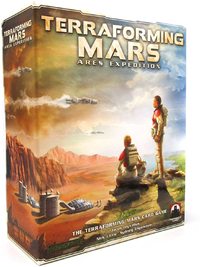 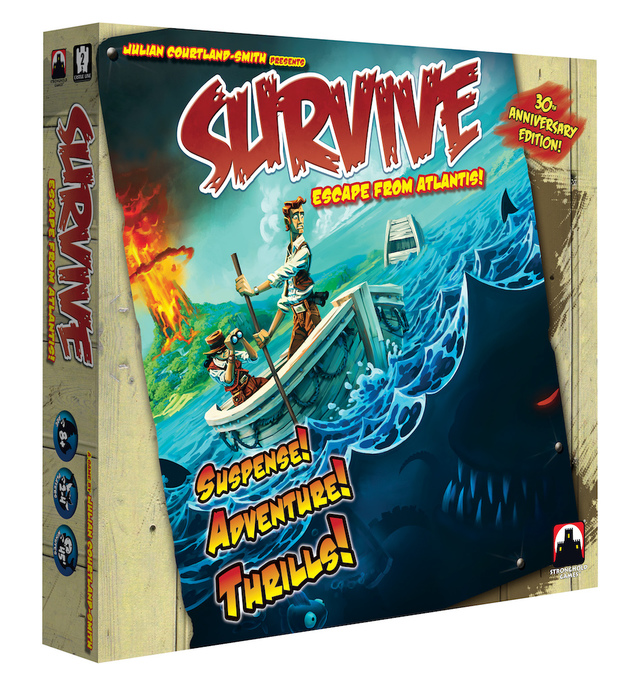 Easy to learn and easy to explain to others. This is a great strategy game. I really enjoy playing it and am very pleased with my purchase and with Mighty Ape.

This game, from what I can tell is a reprint from 1982 (redone in 2012) Does it stand up to today's modern stands- I totally think so. The game is a mix of very “almost” team work, boats, whales crushing boats, sharks nabbing swimmers and the odd sea serpents crushing everything and everyone. Your people are worth varying points, so you have to remember which one is worth which…but don't let anyone else know you care about them! Each term is simple enough, moving your people off the central island, onto boats and avoid hazards as you go. However at the end of your turn, you take a piece of the island away, potentially dropping a friend/foe into the Ocean. This reveals a benefit or perhaps a new creature to join the fray. Trying to Survive your escape from Atlantis while either helping or hindering your friends do the same. To play and to behold on the table, it may have a simple but eye catching appeal, but it has a brutal edge that is an absolute blast to play with friends. It plays quick and plays a little different each time. My only warning would be, due to it's high direct spite, it can upset either young children , or more sensitive older souls. So choose your players carefully. This is a classic game, which is immensely popular, for all the right reasons. One that has a pride of place in my collection!

This game is a great game with so many fun memories to be had! Every game is slightly different and the balance of randomness and strategy is good enough to make us come back for another game! Must pick up if you looking for a simple, exciting gateway game :)

It's early in the 20th century – a time of exploration and adventure. The mysterious island of Atlantis has been discovered in the middle of the ocean, and there are rumours of riches! After reaching Atlantis, the explorers are ready to return home with the treasure and artifacts. But Atlantis begins to sink!

In a panic, the adventurers try to avoid a terrible fate. The luckiest will find a boat to return home while the less fortunate will have to try to swim for it. But nobody will be safe from the sea monsters, sharks, and whales that live in the ocean around Atlantis!

A popular classic game with a fresh face!
Gamers and families have spoken! Survive: Escape From Atlantis! is a great light-strategy game for serious gamers, as well as a fun game to play with the family! Over 1.3 million copies have been sold since it was first published over 30 years ago!

This is a classic game, brought back by Stronghold Games with completely upgraded components for a modern audience, and now in a 30th Anniversary Edition!