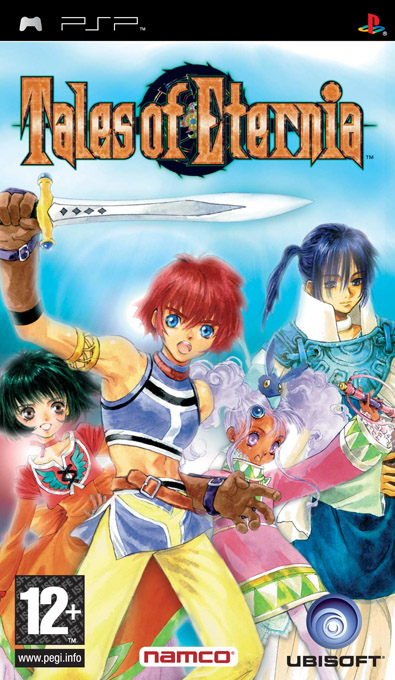 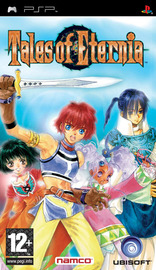 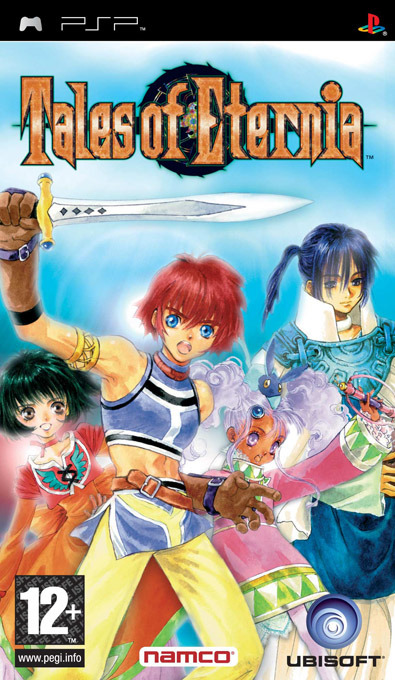 Unavailable
Sorry, this product is not currently available to order
Tales of Eternia is a 2D anime-style RPG, with an original real-time battle system heritaged from its predecessors, Tales of Phantasia and Tales of Destiny. It's the third main game of the Tales RPG series.

Storyline:
The action takes place in Eternia, a world where two planets, Inferia and Celestia, face one another, separated by the Orbus Barrier. It all begins with two of the main characters, Reid (or Rid) Herschel and Farah Oersted, noticing an strange change in the color of the Orbus Barrier and witnessing the falling of some kind of spaceship falling down from Celestia. When they go to see what happened, the meet a cute girl, Meredy (and her pet, Kuweeky or Quickie), who is dressed in a strange fashion and speaks an strange, foreign language.

Thus, Rid and Farah decide to go see their childhood friend, Keele (or Keel) Zeibel, in search for answers. There they learn Meredy speaks Melnics, an ancient civilization's language. So, when they finally understand her words, whith the help of a special earring, she says she comes from Celestia because the two planets are going to collide and collapse, and so they must search for the Greater Craymels to stop the fall...

At the start they can't much believe what she says, as in Inferia, after thousnds of years of incommunication, Celestians are said to be man-eating ugly monsters... but little by little, as they travel through all of Eternia, requesting the help of the Greater Craymels and meeting new friends, such as Ras (Race), Max (Fog) and Chat, they'll finally find the secrets of Eternia and how to stop the Grand Fall.

* An entire world in the palm of the hand: Players can control one character out of a party of four through magnificent fantasy 2D environments and 3D world maps.

* Diverse gameplay: A collection of challenging mini-games perfectly integrated into the story allows the characters to earn unique features.

* Incredible lasting appeal: The players travel through cities, regions and continents to learn about their destiny and change the fate of their world.

* Build up your own heroes: A gigantic number of different items, equipment and spells.