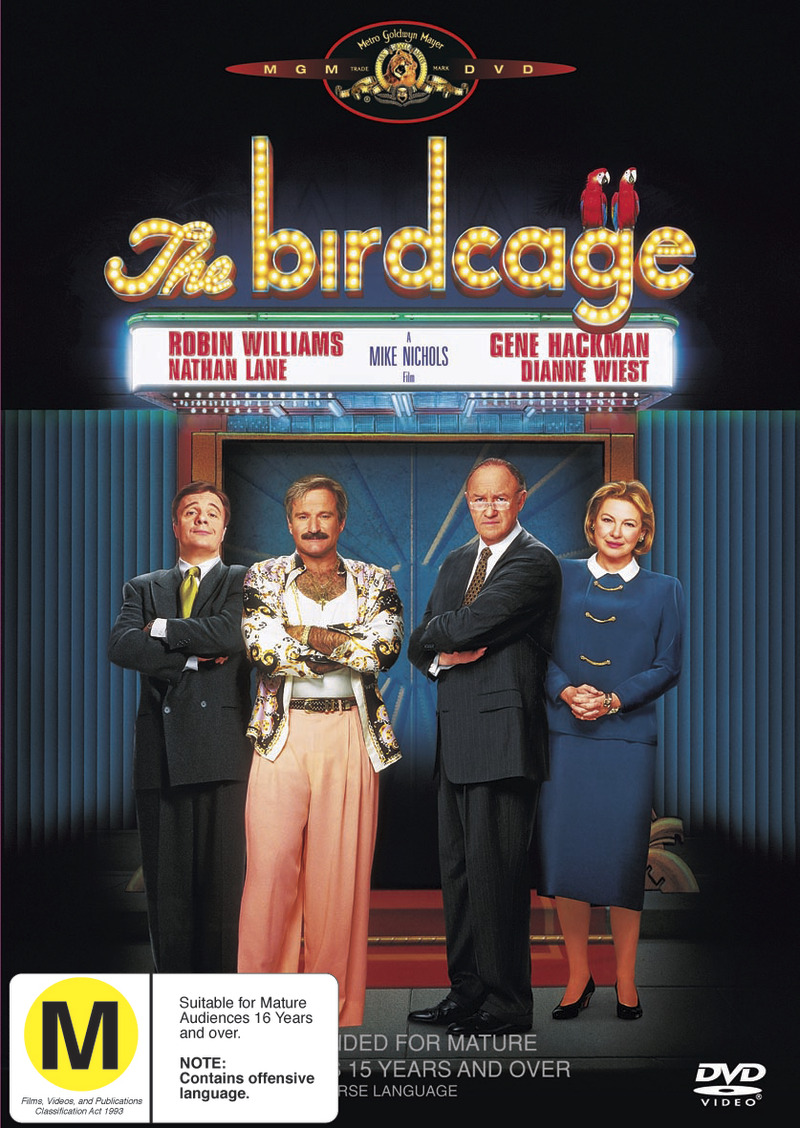 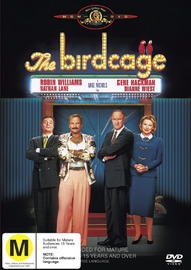 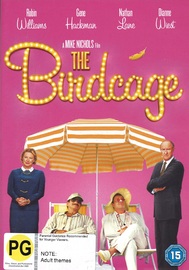 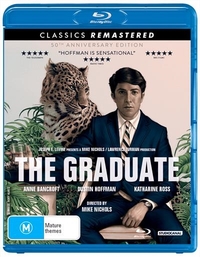 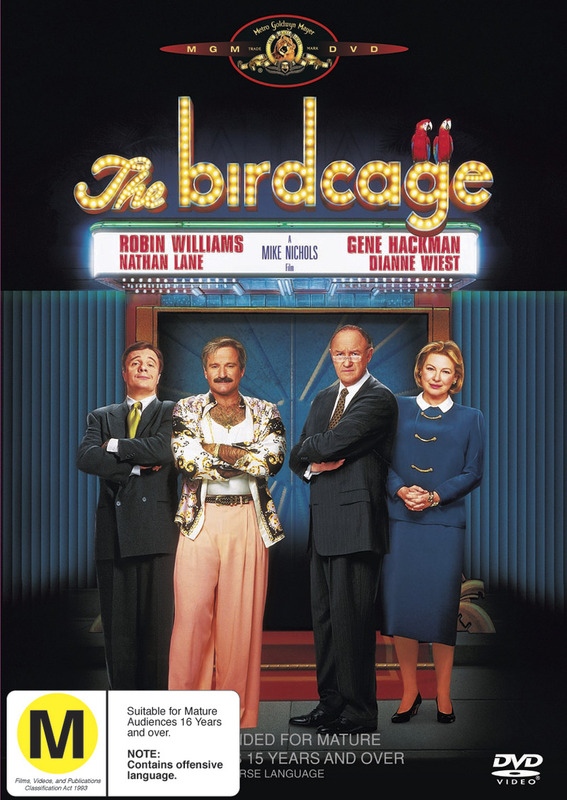 Lies and deceptionit's all in the family when Robin Williams must convince his future in-laws that he's as upstanding and uptight as they are in "the funniest comedy you'll see this year" (Gene Shalit, "Today Show"). Co-starring Gene Hackman, Nathan Lane, Dianne Wiest, Christine Baranski and Calista Flockhart, The Birdcage is an uproarious comedy that will send your spirits soaring. Armand (Williams) and Albert (Lane) have built the perfect life for themselves tending to their gaudy Miami nightclub. But their pastel tranquility is shaken when Armand's son announces that he's getting married to the daughter of ultra-conservative Senator Keeley (Hackman)…and they're all getting together for dinner! Can Armand and Albert transform themselves into Mr.and Mrs. Family Values in time? It'll take the performance of their lives, but they'll do anythingand everything to pull the chiffon over Keeley's eyes!

"The great improvisational comedy team of Mike Nichols and Elaine May reunited to (respectively) direct and write this update of the French comedy La Cage Aux Folles. Robin Williams stars as a gay Miami nightclub owner who is forced to play it straight and ask his drag-queen partner (Nathan Lane) to hide out when Williams's son invites his prospective--and highly conservative--in-laws and fiancée to a meet-and-greet dinner party. Gene Hackman and Dianne Wiest play the straight-laced senator and his wife, and Calista Flockhart (from television's Ally McBeal) plays their daughter in a culture-clash with outrageous consequences. May's witty screenplay incorporates some pointed observations about the political landscape of the 1990s and takes a sensitive approach to the comedy's underlying drama. Topping off the action is Hank Azaria in a scene-stealing role as Williams's and Lane's flamboyant housekeeper, "Agador Spartacus." --Jeff Shannon