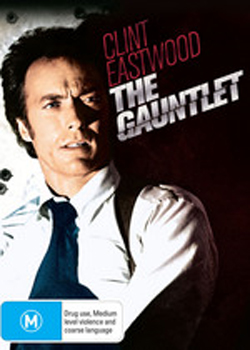 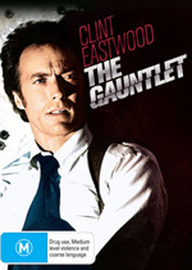 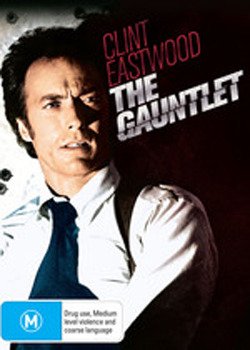 saw this movie and most of his others like dirty harry

Phoenix cop Ben Shockey's dream of breaking “the big case” has faded through the years. His assignment to escort from Las Vegas “a nothing witness for a nothing trial” seems like just another meaningless exercise. Until the fireworks start.

Clint Eastwood runs “The Gauntlet” into an explosive movie embodying its title with a vengeance. The witness is a hardened hooker (Sondra Locke) whom everyone – including Vegas oddsmakers – wants dead.

Trapped between both sides of the law, the two must survive an obstacle course of raging gunfire, blazing cars, swooping helicopters, murderous ambushes, crazed bikers and crooked police. Building to a ferocious finale that shoots an armoured bus to smithereens with more than 8,000 bullets, “The Gauntlet” is a trip you can't miss. Leave the driving to Eastwood: sit back and enjoy the ride