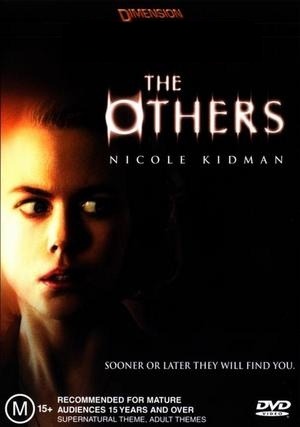 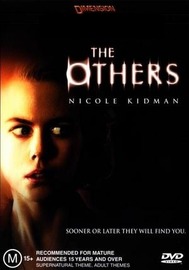 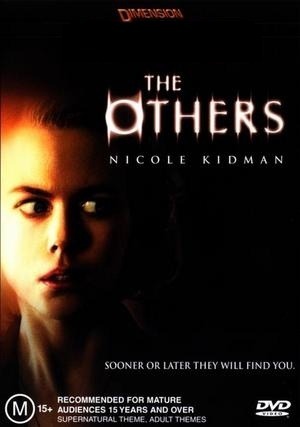 Sooner Or Later They Will Find You. THE OTHERS begins with a close-up of a woman screaming. By the time this intense film ends, everyone watching it will be screaming and gasping. Nicole Kidman stars as Grace, a woman raising two children by herself in a creepy mansion. World War II is over, but Grace's husband never returned.

Meanwhile, the two children, Anne and Nicholas, must constantly stay in the dark because they are deathly allergic to light. Then one day three people show up to take over for Grace's disappeared staff, and trouble starts to brew. The odd trio–an aging nanny, an elderly gardener, and a young mute girl–seems to have a slightly different agenda than Grace and the children do. But when Anne starts talking to strange, unseen people, the scares start building to an incredible climax.