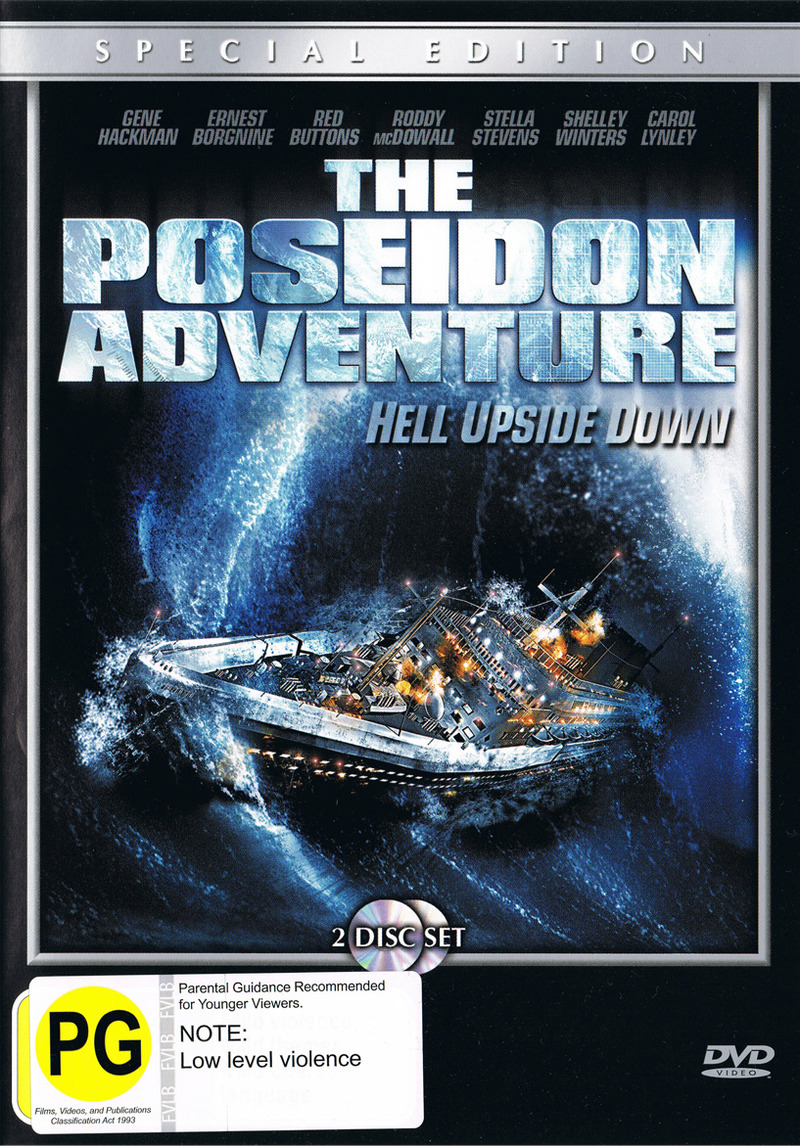 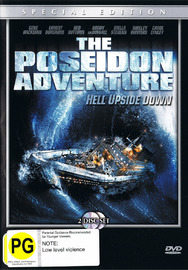 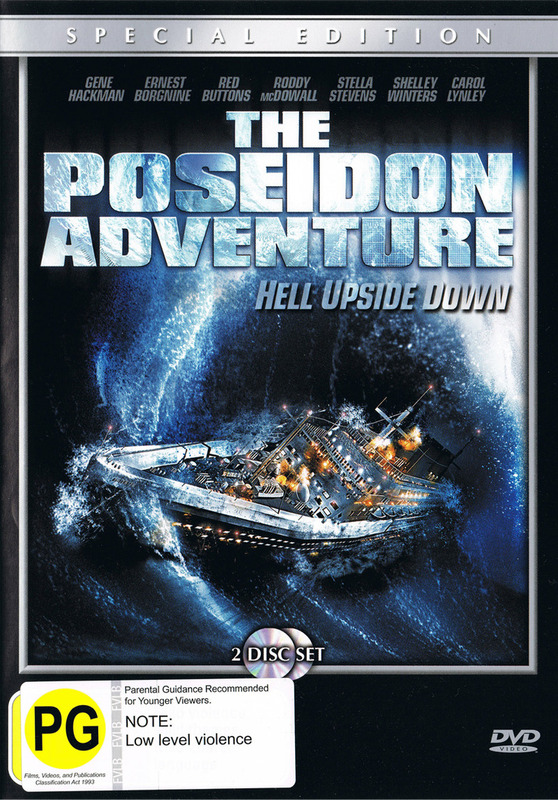 I don't know why they bothered with a remake, (which was pretty awful), the wonderful cast are what makes this movie tick .. and having recently lost Ernest Borgnine, now is a good time to re-visit this excellent movie.

A passenger ship, on her way to the scrap yard is pushed to her limits by the new owners to save on the dismantling fees. A tidal wave hits her, flipping her over so that all the internal rooms are upside down. A priest takes a mixed band of survivors on a journey through the bowels of the ship in an attempt to survive.

Hands down, this is the best movie (and was one of the first) to come out of the seemingly endless cycle of disaster movies that dominated box offices during the 1970s. It could even be argued that Titanic owes some of its success to the precedent set by this 1972 blockbuster starring Gene Hackman as a priest who leads a small group of survivors to safety from the bowels of a capsized luxury liner. From its stellar cast to its cheesy, Oscar-winning theme song, The Morning After, the movie has all the ingredients of a popular classic, beginning with a New Year's Eve celebration aboard the ill-fated Poseidon and ending as a pop allegory when the Hackman character becomes a Christ-like martyr. Filmed on spectacular sets where everything down is up and the ship's thick hull points in the direction of salvation, this is “a waterlogged Grand Hotel” (in the words of New Yorker film critic Pauline Kael) that is as entertaining as it is unabashedly brainless. The Poseidon Adventure is filled with performances that rise above the limits of the screenplay. It's also the only movie–unless you count her underwater corpse in Night of the Hunter–that lets Shelley Winters strut her stuff as an aquatic heroine. Who could ask for anything more? –Jeff Shannon