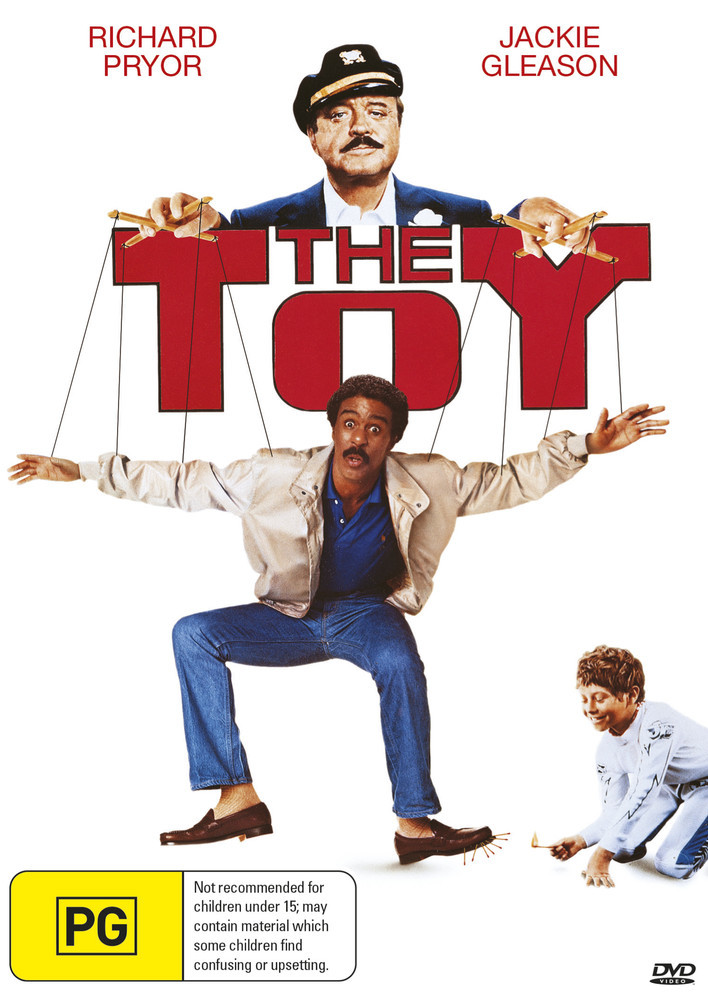 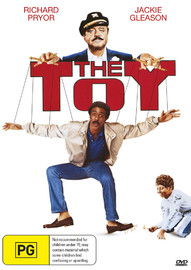 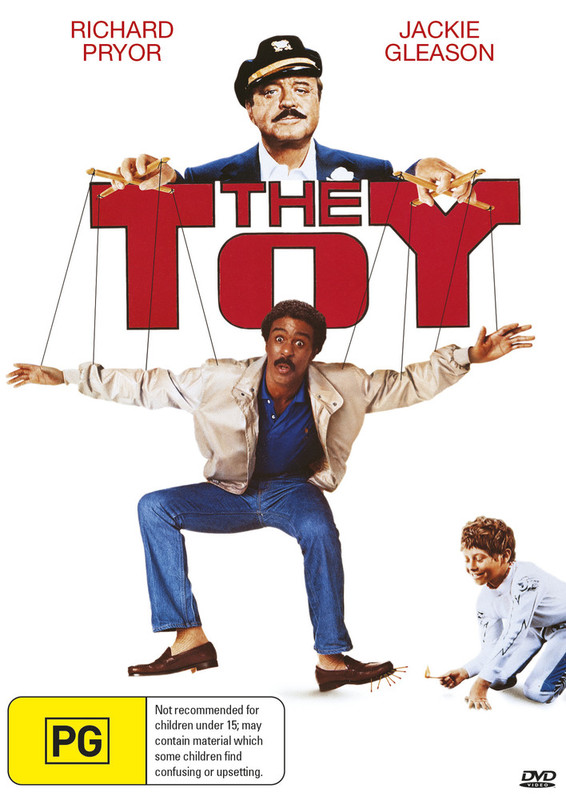 THE TOY For the first time in motion picture history, the outrageous talent of Richard Pryor and the ingenious comedic sense of Jackie Gleason are combined in the same film. Gleason is U.S. Bates, a megalomaniac millionaire who owns most of south central Louisiana. Pryor is Jack Brown, a former journalist who has worked his way down the vocational ladder to the position of janitor in Bates' department store.

Among Bates' other vast holdings is a young son Eric (Scott Schwartz), who visits his father for one week a year. Typically, Eric is chauffeured to the department store after-hours to pick out anything he wants. This time, Eric has a more elaborate toy in mind —Jack Brown. So begins the unique relationship that teaches Eric more about life than fun and games.